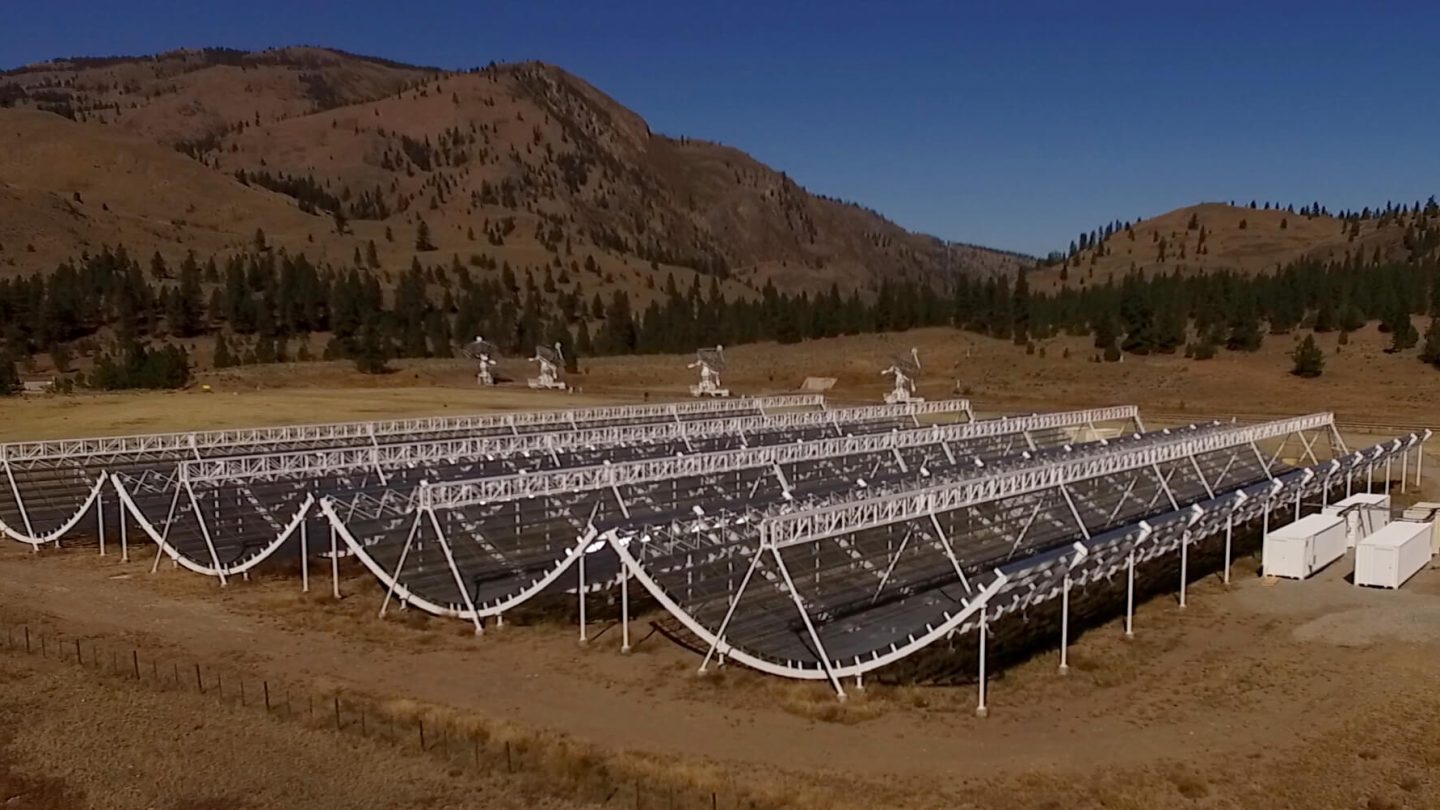 Canada’s shiny new radio telescope is up and running, and it just heard something very, very odd coming from deep space.

The Canadian Hydrogen Intensity Mapping Experiment (CHIME for short) is located in British Columbia, and it spends its time listening intently for signals beaming through the vacuum of space. Most of the time, radio telescopes like this don’t hear anything out of the ordinary, but every so often an unexplained signal finds its way through the noise, and that’s exactly what happened on July 25th.

A new bulletin from The Astronomer’s Telegram reveals that the new telescope detected what is known as a Fast Radio Burst, or FRB. FRBs aren’t uncommon, but they are quite special in that their origins are completely unknown. FRBs detected by astronomers here on Earth come from incredibly long distances, located so far off in space that we can’t even see what might be creating them.

The FRB detected in this case, called FRB 180725A, is particularly unique because it had a frequency as low as 580 Mhz. No FRB has ever been detected below a frequency of 700 Mhz before.

While they are radio signals, FRBs don’t hold any information that astronomers or researchers have been able to tap. Some have theorized that they are created by ultra-advanced alien civilizations, but that is little more than sci-fi speculation at the moment. It’s far more likely that FRBs originate from volatile black hole activity, perhaps even two black holes merging into one.

One FRB in particular, FRB 121102, has been heard multiple times over the course of several years. Astronomers know it’s the same radio burst because it originates from the exact same point in space every time. Its origin is thought to be a galaxy situated some 3 billion light-years from Earth, and the power it would take for a radio signal to make it that far is absolutely unimaginable.

Whatever it is — black holes colliding, a star exploding, or just some aliens having a really loud party — we’ll probably have to wait a long, long time before science can say for certain.