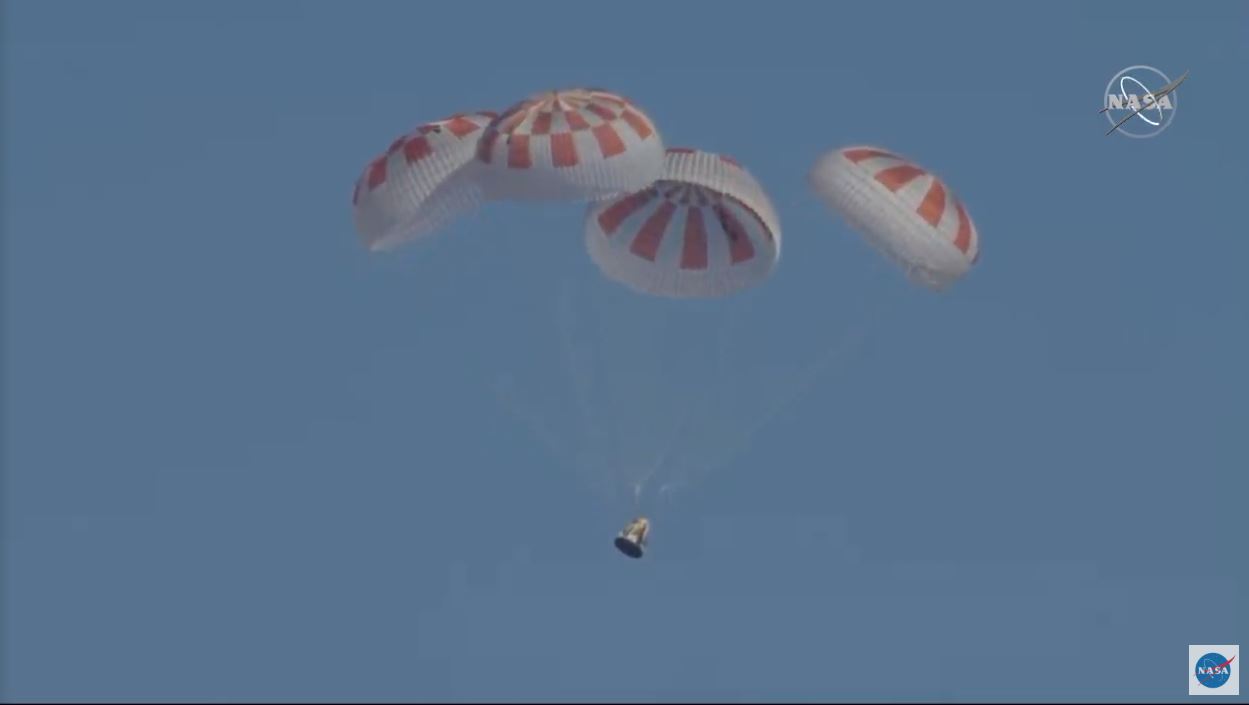 It was only about a week ago that SpaceX launched the Crew Dragon, the company’s first crew-capable spacecraft, towards the International Space Station. A lot has happened since then. The capsule successfully docked with the ISS and earlier today it was sent back to Earth.

To say that the Crew Dragon did well would be a huge understatement. In truth, SpaceX absolutely nailed it, and the safe splashdown of the vehicle in the Atlantic Ocean just moments ago was perhaps its most impressive feat yet.

A successful launch is quite an achievement, but SpaceX has had plenty of those before. Sure, the Crew Dragon hadn’t gone all the way to the ISS before, and it was definitely an exciting moment, but the safe reentry of the vehicle was always going to be the most difficult part of the mission. No American company has ever achieved what SpaceX accomplished on Friday morning.

During reentry, Crew Dragon is subjected to absolutely incredible stresses. The friction with Earth’s atmosphere generates intense heat, and just one little mistake in its design or manufacturing could have spelled disaster. That didn’t happen, and the company proved the Crew Dragon is ready for the next step.

What made the reentry so perfect was that SpaceX gave a time of 8:45 a.m. EST as an estimate for when the vehicle would be back on the surface. There are a lot of factors that can affect the actual time of touchdown, but Crew Dragon splashed down at exactly 8:45 a.m., and SpaceX made it all look pretty easy.

This will definitely be welcome news for NASA, which has been eagerly awaiting the delivery of a crew-capable vehicle that it can use whenever it needs to. Both SpaceX and Boeing have been working hard to meet that demand, and last year it seemed like Boeing’s Starliner would beat the Crew Dragon to its delivery date. Now it’s clear that SpaceX is comfortably in the lead, and NASA expects manned missions using Crew Dragon to commence sooner rather than later.