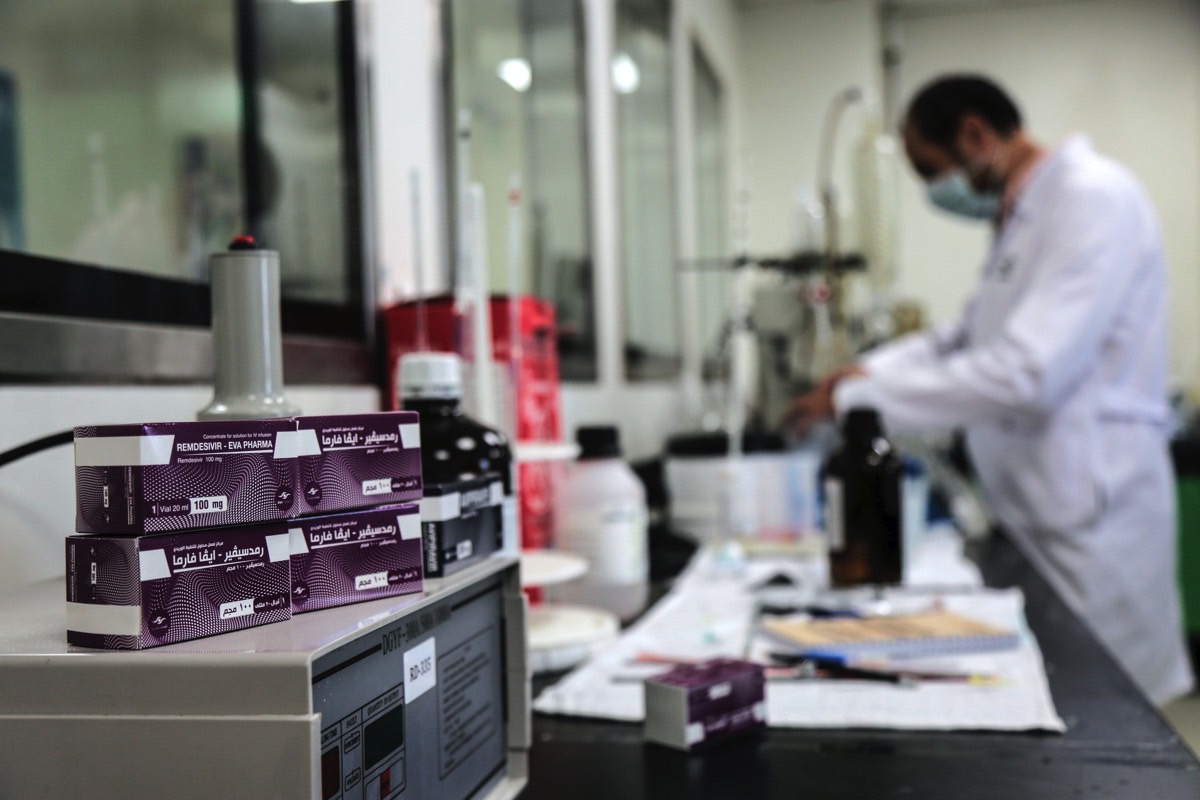 The novel coronavirus pandemic is incredibly scary right now. After months of lockdowns and restrictions, the United States is dealing with what appears the be a new peak of the pandemic. Several states have been reporting record numbers of infections after reopening, and the flattening of the curve in these communities isn’t in sight. Things aren’t as bad as they were in March and April, however. Hospitals know the enemy much better than before. They’re better equipped to treat patients, and doctors understand what types of therapies can improve recovery. Even severe cases when patients end up breathing with the help of machines have a better survival rate than before.

The first new drugs to treat the illness are here, but both remdesivir and dexamethasone are imperfect. The former works only in mild cases, can’t reduce mortality, and is in tight supply. The latter is cheap, is effective in severe cases, but doesn’t eliminate the risk of death altogether. There are several other therapies in clinical trials. As more time passes, researchers are getting closer to finding out if their new drugs can kill the virus, and whether they’re safe for patients. It’s not just vaccine candidates that have advanced towards the late stages of testing, but also a different type of medicine, which could save lives and prevent infections even before the vaccines are widely used. And the US government just invested $450 million towards manufacturing doses of one such drug, even before studies are completed.

We’ve often discussed monoclonal antibodies, as several pharmaceutical companies are researching them. They’re based on antibodies similar to the ones produced by the human immune system to fight SARS-CoV-2. The antibodies can neutralize the virus’s ability to infect cells, and thus speed up the recovery of patients. That’s why antibody-rich plasma from COVID-19 survivors can save patients with weaker immune responses to the disease. But plasma therapy is cumbersome, as it requires donors and perfect matches. That’s where pharma firms have stepped in, looking to create artificial antibodies based on the human immune response to the virus.

Of all the companies that are already testing monoclonal antibodies on volunteers, the US government chose Regeneron for a massive partnership. The company developed a drug called REGN-COV2, which is a cocktail of two potent antibodies. Regeneron is conducting separate studies to assess the effectiveness of the drug in treating hospitalized patients (Phase 2/3) and in preventing infection (Phase 3).

The company announced it inked a manufacturing and supply agreement with the US Department of Defense and the Biomedical Advanced Research and Development Authority (BARDA) under the Operation Warp Speed initiative to fast-track COVID-19 therapies.

Regeneron already started scaling up manufacturing of REGN-COV2 at risk this spring. What that means is that the company has been making doses of the drug before the research is completed. Should the antibody cocktail fail to show results, the drug won’t be usable, and the money will be lost. Still, that sort of effort can hasten the availability of a multi-purpose COVID-19 treatment.

The $450 million deal will allow Regeneron to continue manufacturing the medicine and provide tens to hundreds of thousands of doses of the drug to the US government if the drug is effective. Pending Emergency Use Authorization from the FDA, the drug could be used immediately in hospitals, with the government providing doses free of charge to patients.

The press announcement says the company is still evaluating the effective dosage for REGN-COV2. The agreement will cover anywhere between 70,000 and 300,000 treatment doses and 420,000 to 1.3 million preventive doses. These doses will be available this fall if all goes well with the separate clinical trials.

As with vaccines, there’s no guarantee REGN-COV2 will work, but the good news is Regeneron isn’t the only company developing monoclonal antibodies. Hopefully, at least one of these drugs will work. The figures above might not be enough to satisfy demand come fall when a second wave is expected.