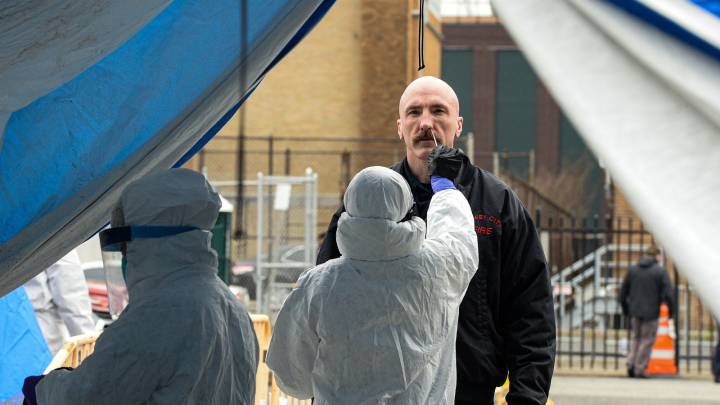 Tens of millions of people worldwide have received at least one COVID-19 vaccine dose already, with several million having gone through the full two-dose regimen. On top of that, two other vaccine makers just announced positive Phase 3 results for additional vaccine candidates that could soon be authorized for emergency use — the Novavax and Johnson & Johnson vaccines. But COVID-19 has changed as well, just in time for vaccines. The SARS-CoV-2 virus mutates like any other microorganism, after all.

The final weeks of 2020 brought news of two highly infectious mutant coronavirus strains, including the UK (B.1.1.7) and South African (B.1.351) versions. In early January, news dropped of a Brazilian strain (P2 or B.1.1.28), and governments around the world have started taking measures to reduce the spread of these highly infectious variations. This includes additional genetic testing to understand how the new strains were spreading in their countries, which has allowed some researchers to discover an even more dangerous coronavirus infection that can occur.

The coronavirus has been mutating since the beginning. Some studies showed that the version that reached Europe and the US in March 2020 was more infectious than the one from Wuhan. Scientists have tracked mutations throughout the pandemic to understand how the virus evolves and ensure that vaccines would work. The Pfizer/BioNTech and Moderna drugs are still effective against the UK strain, while the South African strain might reduce their effectiveness. The Johnson & Johnson drug was tested in trials against the South African mutation, and the company delivered impressive efficacy against that strain.

With more researchers tracking the new mutations, it’s not surprising to hear that doctors in Brazil have identified two people who were infected simultaneously with two different mutated coronavirus strains. This is a worrisome development, indicating that people might pick up more than one strain from their communities, with each one capable of replicating inside the body to such extent that the two distinct versions would show up in genetic testing.

The Brazilian researchers posted their findings in a study that was not peer-reviewed, per Reuters. The two patients in question were both in their 30s and tested positive for the P.2 mutation and a different strain. Their symptoms were mild. One person developed a dry cough while the other experienced coughing, sore throat, and a headache. Neither person required hospitalization.

The research indicates that different variants of the same virus can coexist inside the same host, and this phenomenon might favor further mutations.

“These co-infections can generate combinations and generate new variants even more quickly than has been happening,” study lead researcher Dr. Fernando Spilki told Reuters. “It would be another evolutionary pathway for the virus.”

This might not be the first time several strains of the virus have inhabited the same host. It could be a common occurrence in places where multiple coronavirus versions are spreading inside communities. Researchers are performing more genetic testing now than before as they search for the more worrisome strains. In turn, this would increase the chances of discovering these dual infections.

It’s unclear whether any of the UK, South African, or Brazilian mutations could have developed from dual infections that went undetected. A few weeks ago, researchers in Italy found a local mutation that developed inside an immunocompromised patient who tested positive for COVID-19 for several months. The researchers speculated that this mutation might be the precursor of the UK strain but could not prove it.