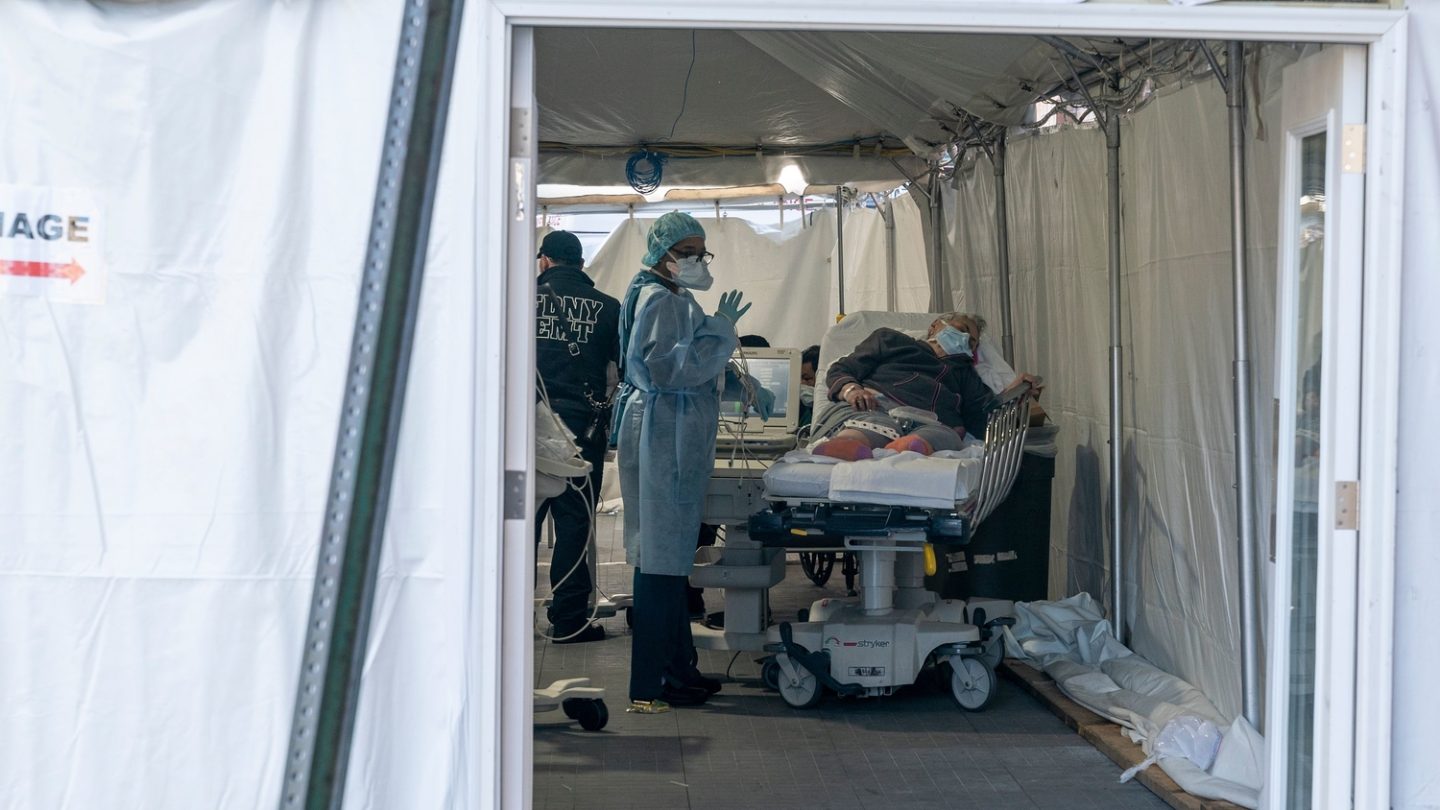 The infectious nature of the novel coronavirus is going to keep us in self-isolation for at least a few more weeks. Most people will only experience mild-to-moderate symptoms if they catch COVID-19, and some won’t have any symptoms at all. But older patients, people with underlying health problems, and others that defy age- and health-related statistics will experience a more severe, potentially life-threatening case.

Because there’s no treatment, there’s no guarantee you will survive the illness once respiratory complications appear, and access to a ventilator and oxygen therapy isn’t always enough to beat the disease. Doctors all over the world have been trying all sorts of cures using medicine devised to treat other medical conditions. The one you’ve probably heard of is hydroxychloroquine/chloroquine, but plenty of other lesser-known drugs are being tested as well.

The newest anecdotal evidence concerns an emergency room doctor who found out on his own what a severe coronavirus case feels like. Dr. Ryan Padgett from the EvergreenHealth Medical Center in Seattle is one of those exceptions to the rule when it comes to COVID-19 severity.

He’s 6-foot-3, 250-pound man who was a former football star — he played for Northwestern in the 1996 Rose Bowl. “To worry about myself, as a 44-year-old healthy man, didn’t even cross my mind,” Padgett told the LA Times.

On March 12th, he became a patient in his hospital and was soon put on a ventilator after experiencing difficulty breathing. His lungs and kidneys started failing five days after that, and his heart was set to follow. Padgett’s colleagues gave him a day or so to live. That’s when they decided to test an experimental treatment that had also been tested in China on the sickest COVID-19 patients.

“This is a movie-like save, it doesn’t happen in the real world often,” Padgett said. “I was just a fortunate recipient of people who said, ‘We are not done. We are going to go into an experimental realm to try and save your life.'”

The patient was transferred to a different hospital, Swedish Medical Center, as he needed access to an ECMO machine that can help patients breathe by oxygenating the blood outside of the body. The machine alone wasn’t enough. Padgett was likely experiencing a cytokine storm, a phenomenon that doctors treating COVID-19 patients are still trying to understand. Basically, the immune system’s response is so strong that it turns the body against itself, doing more harm than good in the latter stages of the disease.

That’s when the doctors tried a drug called Actemra, which was designed for rheumatoid arthritis, but was approved in 2017 to treat the same cytokine storm phenomenon that can appear in cancer patients. After four days on the drug and other therapies, the levels of blood oxygen improved, and on March 23rd, Padgett was taken off life support. After four more days, they removed his breathing tube, and he came out of his sedated coma. Padgett was discharged on April 5th.

The same team was able to treat a 33-year-old woman who was dealing with her own cytokine storm by using the same combination of drugs.

Actemra might not sound familiar to many, but the drug was featured in a recent Wall Street Journal article about COVID-19 medicines and vaccines that Pfizer is developing. Actemra was only mentioned once:

Other anti-inflammatory drugs, such as Roche Holding’s Actemra, have shown signs of working on coronavirus patients who suffer from respiratory problems.

The WSJ report also noted that Pfizer’s Xeljanz could be an alternative for the patients who don’t respond to an anti-inflammatory drug like Roche’s Actemra. In other words, Padgett’s case might have had a happy ending, but not all severe patients who might be treated with the same drugs will experience an equally miraculous recovery. More studies would be needed to find a drug combo that can cure COVID-19 and reduce the mortality rate.