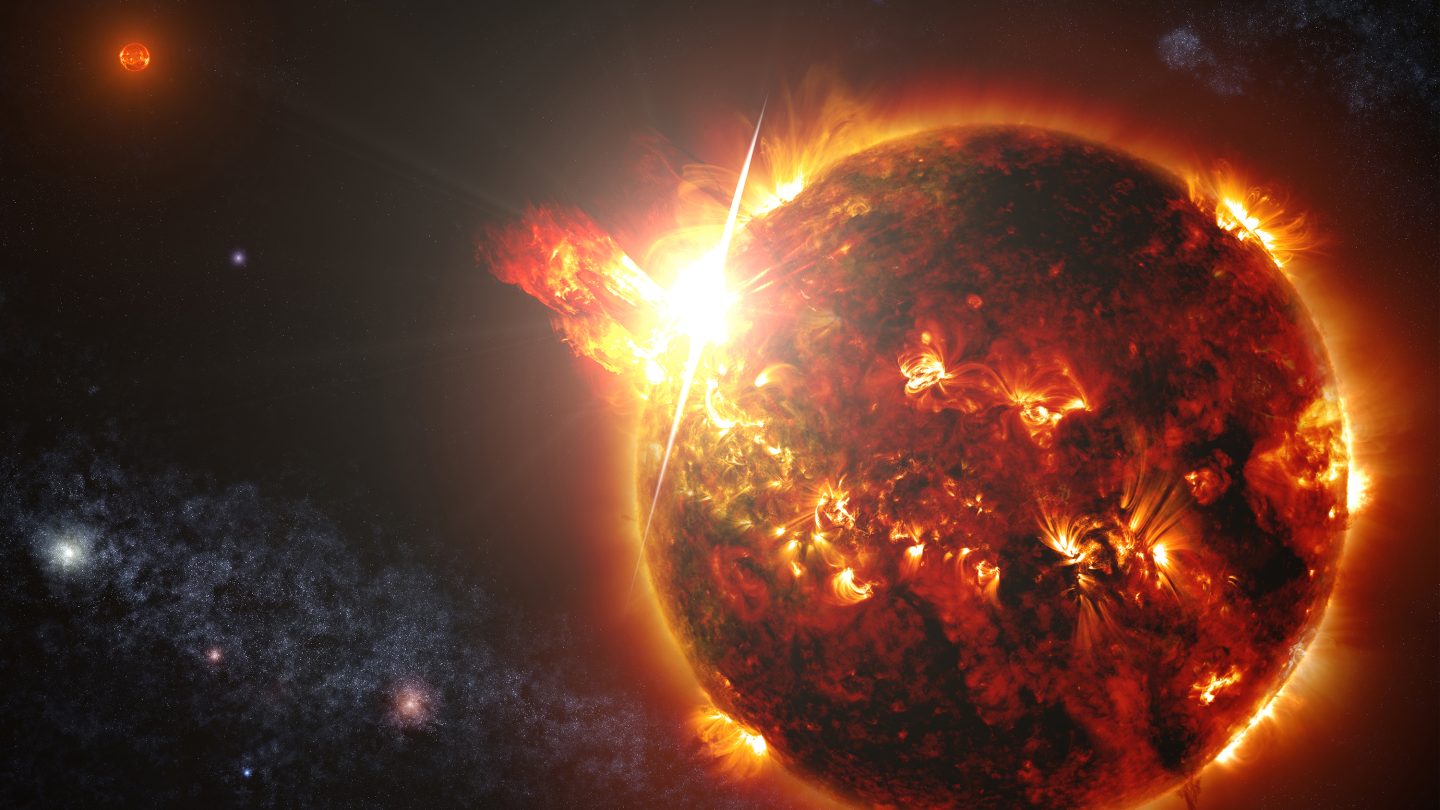 We take it for granted most of the time, but the Sun is mighty important to our very existence. Without it, we wouldn’t be here at all, and scientists have worked tirelessly for centuries to learn as much about it as possible. But what we know about our own star doesn’t necessarily translate to others, and observing the behavior of stars in other galaxies has proven mighty difficult.

Now, in a scientific first, NASA’s Chandra X-Ray Observatory has detected one specific behavior that scientists studying our own Sun are very familiar with: a coronal mass ejection. The CME, which was produced by a star named HR 9024, happened some 450 light years away, but it was bright enough to be spotted by the observatory’s sensitive instruments.

In a new post on NASA’s website the agency reveals that, for the first time in history, scientists have been able to observe a CME taking place somewhere other than our own Sun:

“This represents the first time that researchers have thoroughly identified and characterized a CME from a star other than our Sun,” NASA says. “This event was marked by an intense flash of X-rays followed by the emission of a giant bubble of plasma, i.e., hot gas containing charged particles.”

During a coronal mass ejection, plasma is blasted out into space like a bright ribbon of energized particles. When Earth lies in the path of the energetic blast it can affect communication systems and even damage satellites. As the particles interact with Earth’s magnetic field, auroras are often produced which can be seen from observers near the poles.

Studying CMEs happening in systems other than our own can offer scientists important insights into how stars of various sizes behave. Those observations can also teach us more about our own Sun, and potentially help scientists better understand how and why our own star acts the way it does.