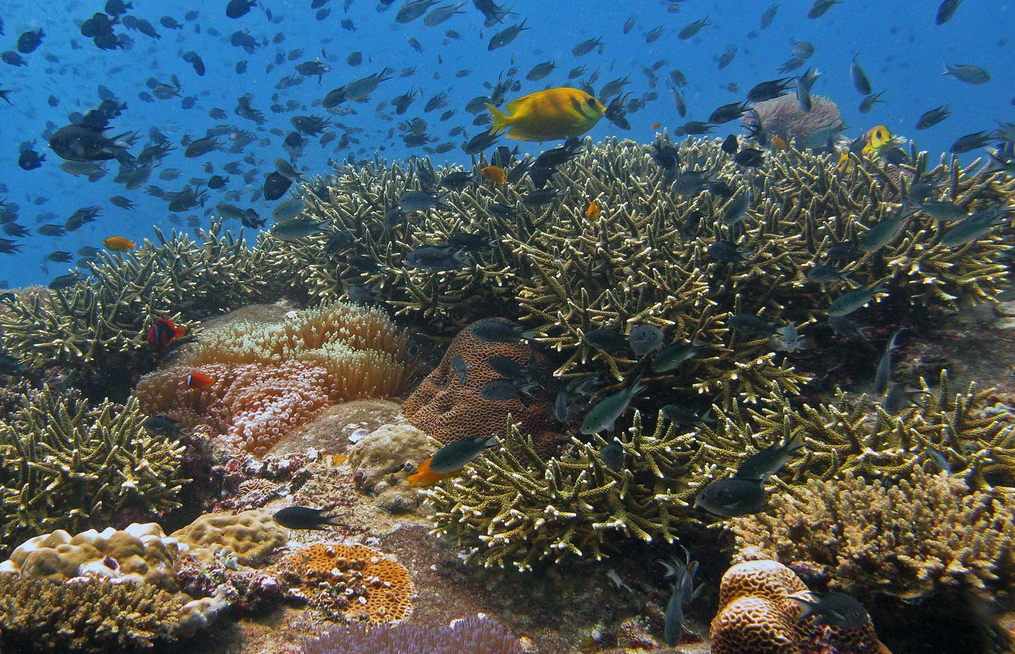 Coral reefs are among the ocean’s most wondrous achievements. Like a massive mega-city made up of microorganisms, these diverse ecosystems provide shelter for many different marine species and they’re also a real treat to look at. Sadly, manmade climate change hasn’t been particularly kind to corals, and a new report suggests that not only are the ocean’s coral reefs stressed out, but they’re starting to buckle under the pressure.

The study focused on a process called “bleaching” that occurs when the algae that sustains the coral is pushed away due to increased heat. If the algae isn’t there to deliver nutrients to the coral, it loses much of its color and, if the algae doesn’t return for an extended period of time, the organisms that live in the coral will die.

This coral bleaching was once extremely rare, only occurring every few decades, and as recently as the 1970s the world’s coral reefs only saw brief episodes of it. Today, it is happening as regularly as every six years. That’s so frequent that, even if the coral begins to recover after a severe bleaching spell, it doesn’t have nearly enough time to get back on its feet before the next bleaching event takes place.

“With a fourfold increase over the last 35 years, if you take that forward, it’s unfortunately in complete agreement with what the climate models have been saying,” Mark Eakin, head of the National Oceanic and Atmospheric Administration’s Coral Reef Watch and co-author of the study, explains. “[We’re] looking at 90 percent of reefs seeing the heat stress that causes severe bleaching on an annual basis by mid-century.”

The data suggests that corals are even more temperamental than we had ever assumed, and the balance that keeps the symbiotic algae around is incredibly fragile. If we humans can’t get our act together and curb climate change, we may well lose coral reefs entirely. If that were to happen, it wouldn’t just be a tragedy for the corals, but also for the countless marine creatures that call the reefs home.

If you imagine the ocean as a giant Jenga tower, coral reefs are one of the blocks closest to the bottom. Losing the tiny little creatures that look pretty and sway in the tide might not seem like it could affect mighty humans, but losing corals could also mean the loss of species that live in the reefs, such as crabs, shrimp, and smaller animals that fish prey on. Without prey, those fish begin to feel the pinch, and then the fish that prey on those fish. See where this is going? Sooner or later, the whole tower comes crashing down, and mankind will most definitely feel it.