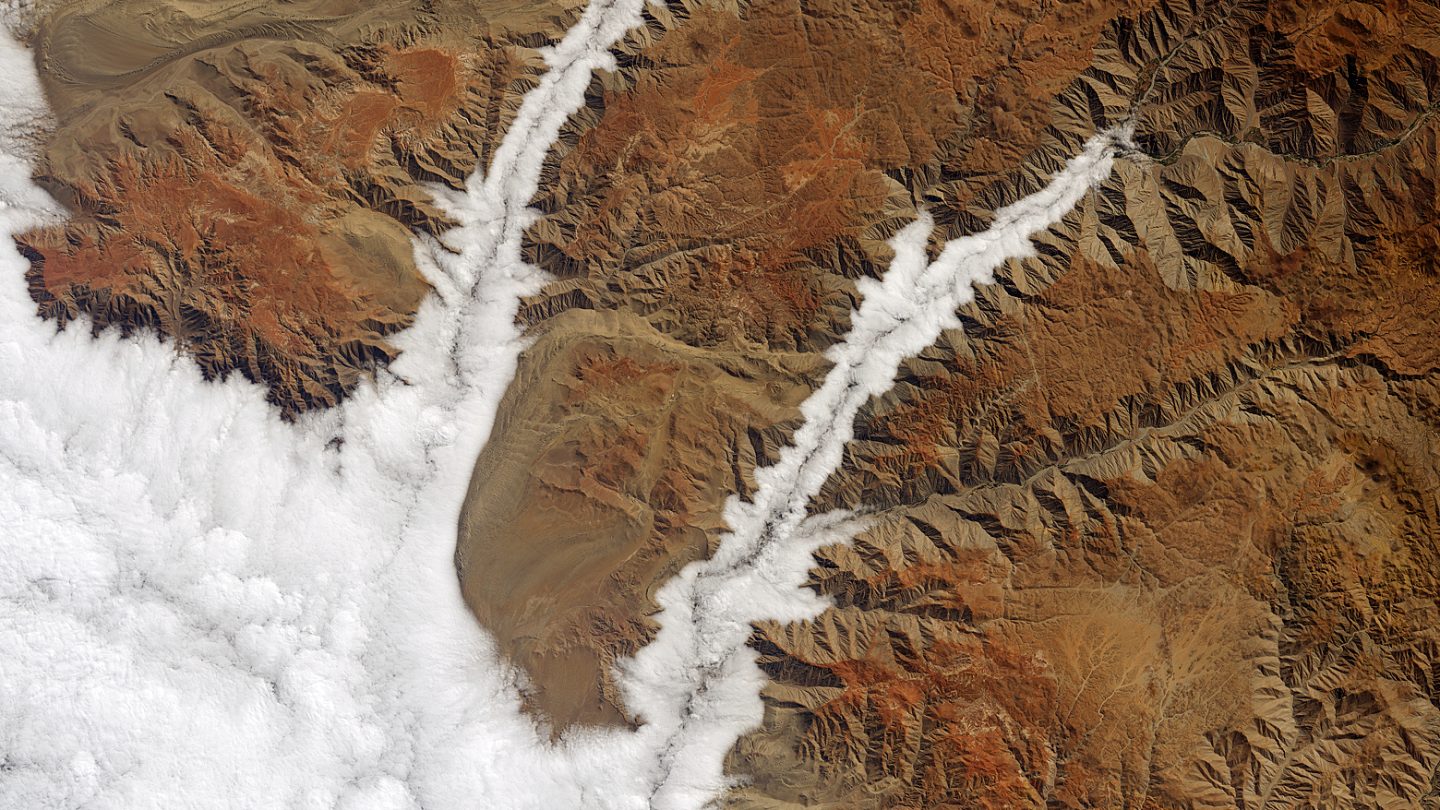 From the perspective of us here on Earth, clouds are usually pretty boring. Sure, sometimes we spot one that looks cool or see a unique formation that we take a photo of for Instagram and then move on with our lives. But for astronauts and satellite cameras looking down on the planet from above, clouds have a ton of personality. Recently, NASA Earth Observatory created a fantastic video compilation of some of the most stunning cloud photographs the agency has captured over the years, along with handy bits of info about how clouds form and why they act the way they do.

From Canada and Morocco to Madagascar and Peru, each cloud formation is completely different from the ones before it, and each has a unique set of circumstances that allowed it to take shape.

One of the coolest of the bunch, and the only one in the slideshow that shows signs of direct influence form humans, is this photo of what NASA terms “hole-punch clouds.”

The thin sheet of cloud cover over Oklahoma, Arkansas, Louisiana, and Texas in this image shows how human air traffic can change the way clouds look and move. The holes and jagged scars in the clouds are actually created by jet liners making their way through.

“If you were to look from below, it would appear as if part of the cloud was falling out of the sky,” NASA explains. “As it turns out, that’s actually what’s happening. The clouds are initially composed of liquid drops at a super-cooled temperature below 0° Celsius. As an airplane passes through a cloud, particles in its exhaust can create a disturbance that triggers freezing. Ice particles then quickly grow at the expense of water droplets.”

It’s a very cool video, and definitely worth a watch.