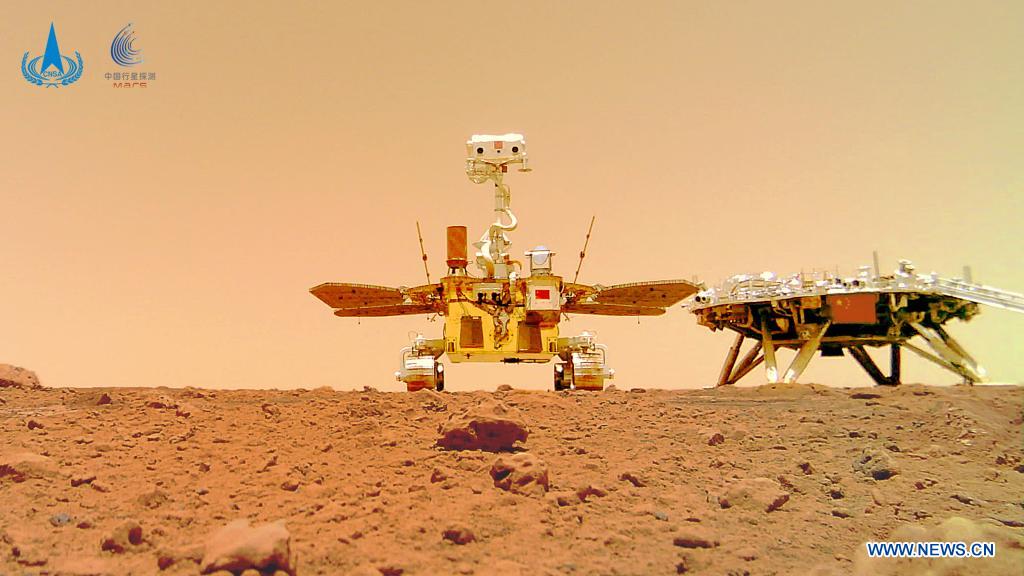 NASA’s Mars 2020 mission is well underway, with the Perseverance rover beginning its science phase and the Ingenuity helicopter having accomplished a lot in a very short period of time. But NASA wasn’t the only space agency sending new hardware to Mars, and China recently landed its own rover on the surface of the Red Planet as well. We’ve all been staring at images from Mars sent back by Perseverance, but China just dropped one of the coolest Mars photos you’ll ever see.

The China National Space Administration sent its first rover to Mars last year, beating NASA’s Perseverance rover into the sky. They both arrived at Mars around the same time in February of this year, with Perseverance landing immediately and China’s Zhurong rover and lander orbiting the planet for a while before deciding to land. Now that China’s rover is on the ground, it’s been making its mark for mankind, and snapping some awesome photos along the way.

We all know that NASA’s Curiosity rover is the king of Mars selfies. The rover has shot so many at this point that I’ve actually lost count. Perseverance is off to a strong start, but it looks like it’s not the only new challenger to Curiosity’s throne. The Zhurong rover might not be built to last as long as Curiosity or Perseverance, but it’s still got some pretty impressive photography chops. In fact, it has something that is missing from both Curiosity and Perseverance: a wireless camera.

As reported by Xinhua, the China-owned government news service, Zhurong’s collection of new photos contains one of the most unique Mars photos ever. It’s a selfie of the Zhurong rover and China’s fancy lander sitting next to each other on the surface of the planet. What makes this photo so special is that it was taken from a distance using a wireless camera that was placed on the surface by the rover.

“Zhurong also used a separable camera to take a selfie with the landing platform,” Xinhua says. “The camera, originally fitted to the rover bottom, was released by the rover at 10 meters south of the platform and captured the video footage of the rover returning to the platform and took the selfie. The camera then used a wireless signal to transmit the pictures and videos to the rover, which beamed them back to Earth via the orbiter.”

That’s pretty awesome. China has been making some big strides in space exploration in recent years, conquering the far side of the Moon, a lunar surface sampling mission, and now a Mars rover mission all in short order. China is also bullish on sending human missions to Mars and the Moon, and with the country’s track record, nobody should doubt that they’ll pull it off.