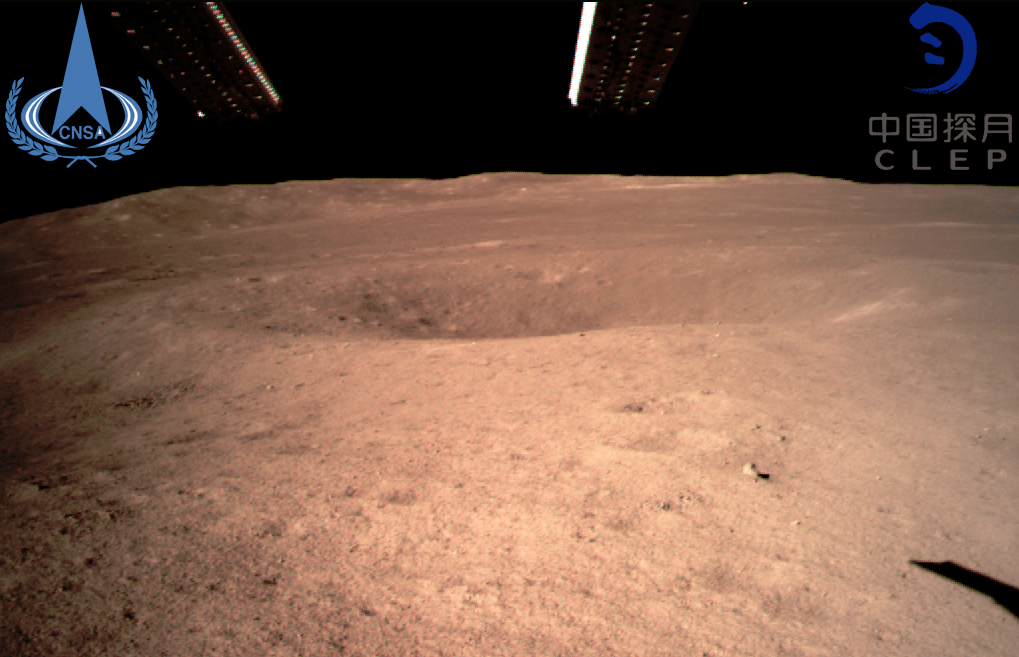 It’s not all that often that China breaks entirely new ground when it comes to space science but that’s exactly what the country did earlier today by successfully landing its Chang’e 4 spacecraft on the Moon’s surface. China’s space agency was quick to post new photos snapped from the lander, declaring the touchdown and deployment of its lunar rover a success.

This is the very first time that any country has performed a soft landing or rover deployment on the far side of Earth’s natural satellite, and it’s a huge win for Chinese scientists who have been planning out this mission for years.

As China’s space agency CNSA explains in a new post on its website, the Chang’e 4 lander arrived on schedule on the Moon’s surface and quickly deployed the Yutu rover. The lander sent back images taken shortly after its touchdown as well as a photo of the rover slowly rolling across the dusty lunar surface.

This mission is just one step in China’s ambitious plans for the Moon which began with orbiters and will eventually end with a mission to retrieve lunar soil samples and return them to Earth. The Chang’e 4 and its quirky rover won’t be capable of that, but it will carry out a number of experiments and relay data it gathers during its time on the Moon’s surface.

“Scientists believe that the back of the moon is more ancient than the front,” CNSA explains (via translation). “The material composition and geological age of the von Carmen crater is representative and valuable for studying the early history of the moon and the solar system. The back of the moon is also a rare quiet place that shields the radio signal interference from the Earth.”

Months back, China launched relay satellites that help the lander and rover to remain in contact with its handlers on Earth despite not being in direct line-of-sight. Everything appears to be working smoothly, which is great news for astronomers, and we can likely expect plenty of Moon news out of China in the coming weeks.