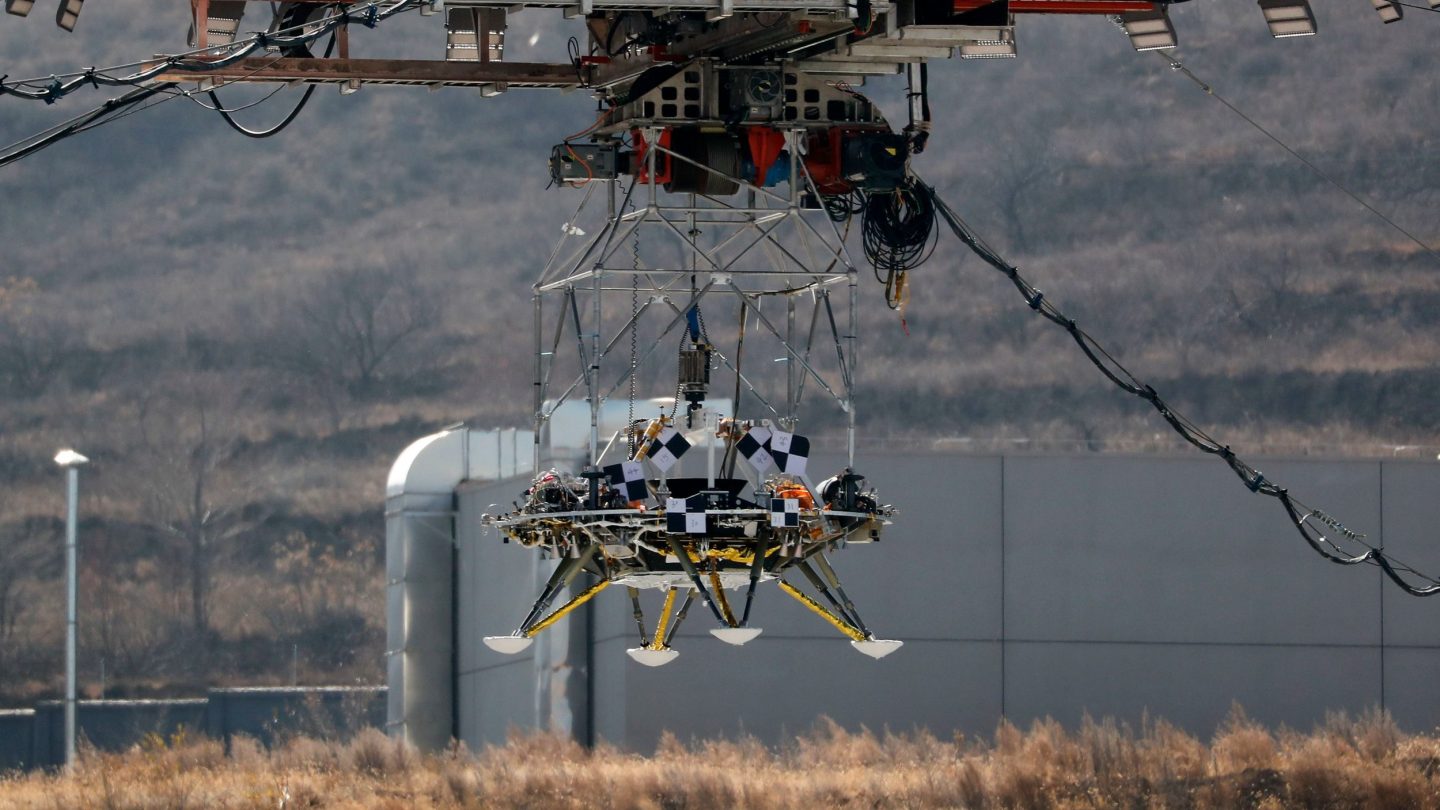 All eyes have been on NASA’s Mars 2020 rover as the space agency prepares it to travel to the Red Planet midway through next year, but it’s not the only piece of high-tech hardware making such a trip. China is working hard on a Mars mission of its own, and it just completed a very important trial that suggests the Chinese space program is on schedule.

As CNN reports, the public test was conducted to demonstrate the ability of China’s new Mars lander to safely touch down on the surface of the planet. To ensure a soft landing, the spacecraft has to be capable of slowing its descent, hovering, and performing rapid alterations to its trajectory.

Aiming a spacecraft at Mars is really only half the battle, and once China’s mission reaches the Red Planet it’s going to have to find a safe spot within its landing zone. That means avoiding obstacles on the surface while decelerating to a speed that won’t lead to the destruction of the spacecraft once it reaches the ground.

To test this, the lander was suspended high above the ground at a test facility near Beijing. The spacecraft successfully hovered and then performed a controlled descent, but did not actually land on the ground below. This was apparently exactly what China’s engineers were hoping for, and they told an assembled group of reporters that the test was a success, though they didn’t provide additional details or take questions.

It’s a big step for China’s Mars ambitions, but there are still more hurdles standing between the country and a 2020 launch. The Chinese Long March 5 rocket that will put the spacecraft on a path toward Mars still has to pass a test before the end of the year in order for the mission to proceed, IEEE Spectrum reports. If it fails, the mission would have to be scrubbed for at least 26 months. This is due to the orbits of Earth and Mars.