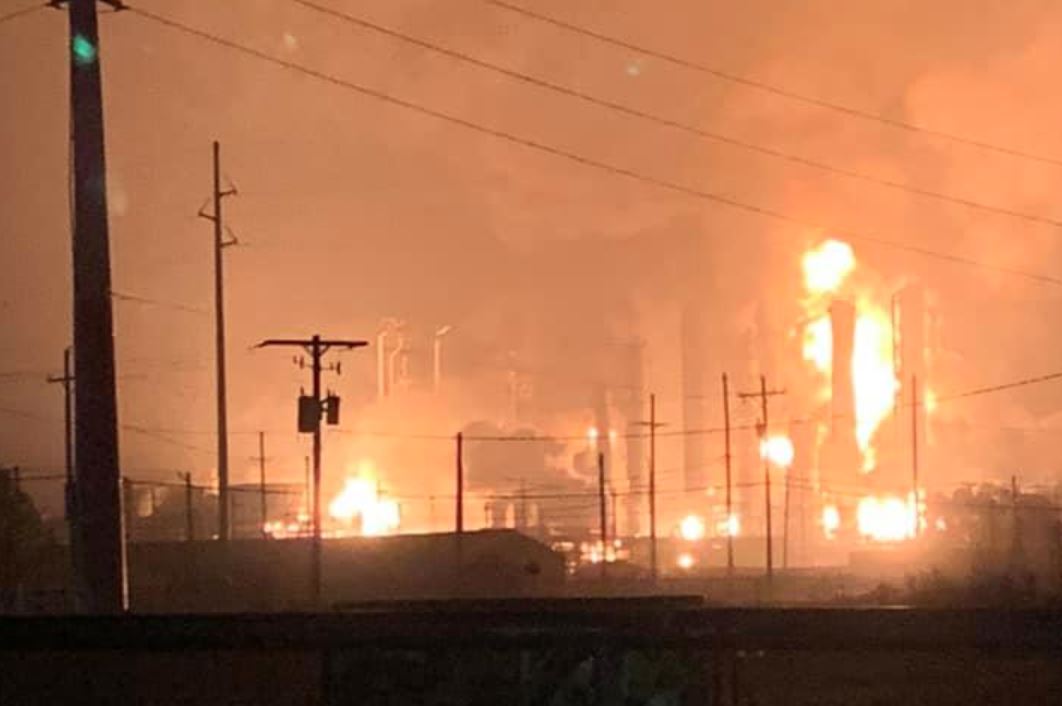 A chemical plant in Port Neches, Texas, became a bomb early Wednesday morning. The plant, which is operated by TPC Group, quite literally blew up, and the blast was powerful enough to cause significant damage to nearby homes. The shockwave wreaked havoc in neighborhoods close to the plant, blowing doors clean off their hinges, shattering windows, and causing quite a panic.

In addition to the initial explosion, a massive fire engulfing the facility is sending potentially hazardous chemical plumes across the area. Residents are being advised to remain in their homes and turn off any air circulation systems that might suck the smoke into their homes.

As devastating as the explosion was, it apparently didn’t claim any lives, which is a small miracle. As Gizmodo notes, a handful of injuries have been reported but all employees of the plant are accounted for. Based on video of the explosion and footage from home security cameras posted online, it’s incredible that everyone made it out alive.

Just look at this blast:

It’s honestly insane, and if you didn’t know any better you’d have to assume a bomb was dropped there. Photos posted to social media of the aftermath are equally shocking:

These are pictures of a home in the Hebert Woods neighborhood, about a half mile from the TPC plant in Port Neches, where the explosion occurred earlier. The front door was blown off the hinges, insulation fell from ceiling, windows shattered and garage door damaged. @kfdmnews pic.twitter.com/G4ZuRiL6Aw

Port Neches plant blew up and messed up a most of our house. The blast of the explosion shattered all the windows too. We are safe. pic.twitter.com/JLm0D55SBp

You don’t often see sturdy front doors blown clean off their hinges, so the shockwave was obviously very strong. Meanwhile, anyone near the plant is being asked to shelter in place.

“Orange Co. Judge John Gothia is calling for a shelter in place south of I-10 until 6 am due to the explosion at the TCP plant in Port Neches and the East Northeast wind direction carrying a chemical plume,” KFDM News reported. “Stay inside, close windows, turn fans/ air conditioning units off.”

Things could get even more complicated this morning as winds could shift and send the chemical smoke in a different direction. If you’re in the area, it’s probably best to just sit tight and wait for the all-clear from city officials.