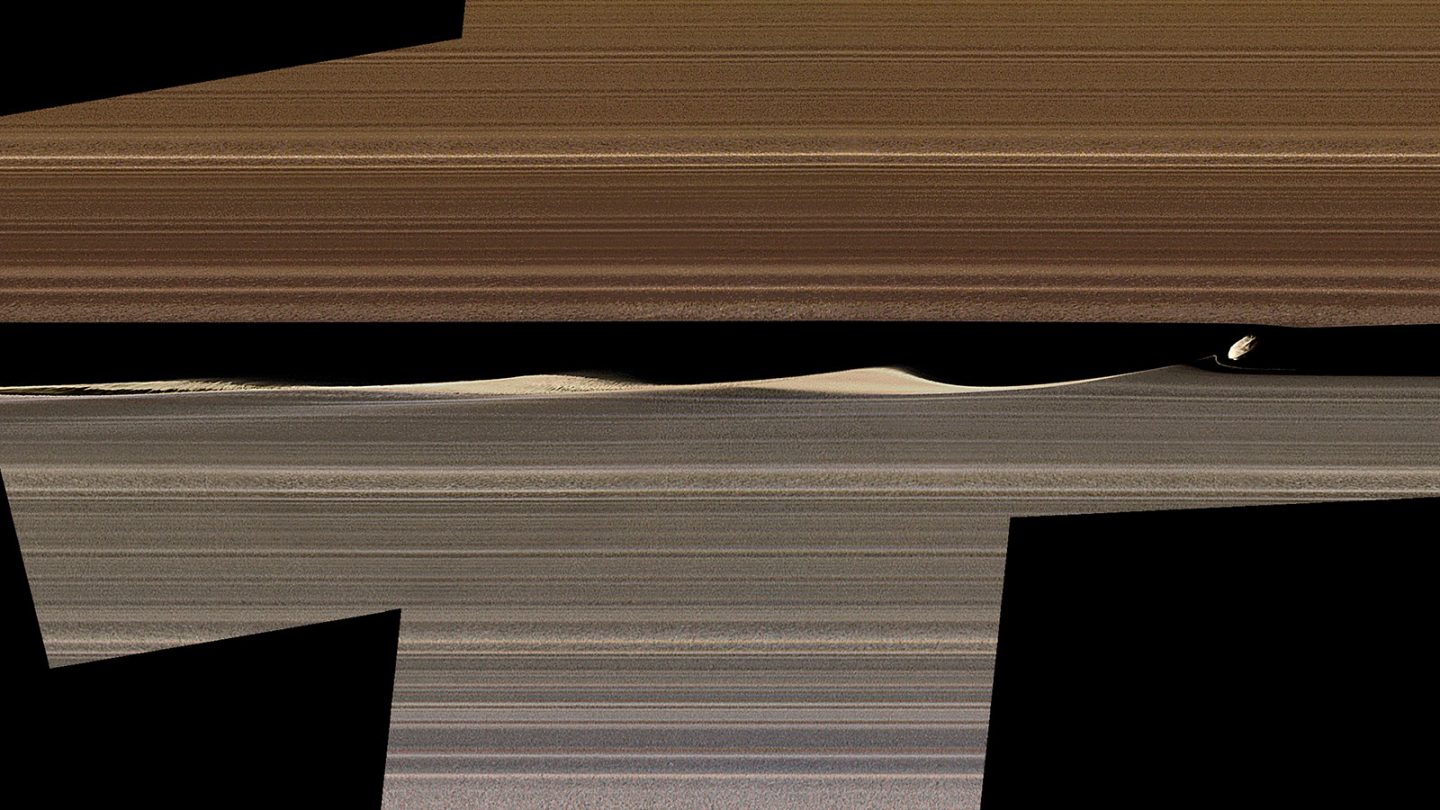 NASA’s Cassini mission officially ended way back in 2017. It was then that the spacecraft plunged into Saturn, destroying itself in a blaze of glory, but the incredible wealth of data it sent back during its life is still being studied and, as a new paper published in Science reveals, it still has some secrets to share.

In a new blog post, NASA highlights some of the interesting new findings that scientists are discovering in Cassini’s data. Specifically, the spacecraft’s observations are yielding new detail on the structure of Saturn’s iconic rings, as well as the dramatic differences from one ring to the next.

After already completing a lengthy initial campaign, Cassini scientists decided to set the spacecraft on a course that would ultimately end in its death. Before the spacecraft would plunge into the planet, however, it would perform a series of increasingly risky dives through Saturn’s rings and relay as much information as it could gather.

This “grand finale” was Cassini’s most incredible feat, and against all odds it managed to pull it off without being destroyed in the process. The data it sent back is at the heart of this new study, and it tells us that Saturn’s rings each have their own unique personality.

“We find structures related to the detailed sculpting of rings by embedded masses, including structures near the moon Daphnis that have apparently experienced markedly different perturbations compared to the surrounding ring material, and complex structure elements within the largest propeller-shaped disturbances,” the researchers explain.

The C ring, for instance, exhibits what the scientists call a “streaky texture” which the scientists attribute to collisions between the tiny bits of material that make up the rings. Likewise, the tiny moons that dot the rings have the power to shape them.

“Like a planet under construction inside a disk of protoplanetary material, tiny moons embedded in Saturn’s rings interact with the particles around them,” NASA explains. “In that way, the paper provides further evidence that the rings are a window into the astrophysical disk processes that shape our solar system.”

The trusty Cassini probe may be long gone today, but its legacy will live on for the foreseeable future, and the data it gathered will continue to provide scientists with new discoveries for years to come.