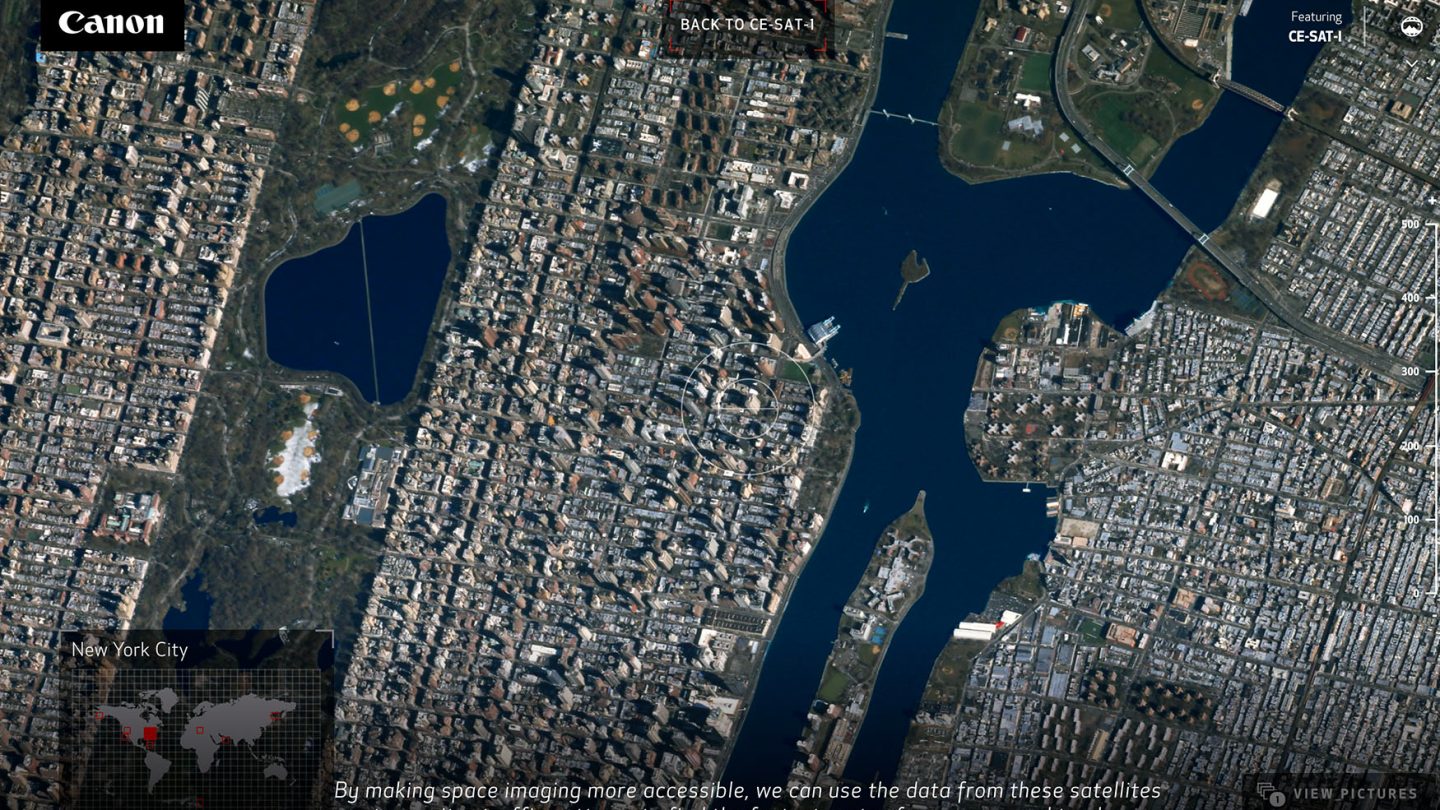 These days, seeing new images of Earth from space is as simple as heading over to Google Earth or checking out the latest snapshots from any of NASA’s high-flying imaging satellites. It’s easy, and maybe we’ve taken that eye candy for granted, but Canon decided to remind everyone of how awesome these images are by launching a website with a very interesting hook.

The company launched a satellite back in 2017 which was equipped with a powerful imaging system that utilizes the company’s own camera technology. In fact, there are two Canon cameras aboard the satellite: a PowerShot S110 for wide-angle images and a seriously beefy EOS 5D Mark III attached to a 3720mm telescopic lens. With that kind of magnification power, it can resolve features on Earth’s surface as small as three feet across while capturing an overall area of six square miles.

The website that Canon built to showcase the work the satellite can do is a fun little distraction, but we have to call shenanigans on the website’s claim that you can “Take Photos From Space” using the web tool.

What the site actually is, is a gallery of images that the satellite has already captured. You can use the website to zoom in on certain areas of the images and then “capture” them and save them to your own personal online folder of sorts. No, you’re not taking new photos using the satellite, or even seeing what the satellite is seeing in real-time; you’re pretty much just cropping pre-existing photos for your own enjoyment.

But while the website itself might be a bit underwhelming, the photos Canon has captured are pretty impressive. The satellite itself is rather small — the company compares it to the size of a wine barrel — and the images it collects are detailed enough that they could be used for a variety of things. Canon offers the possibility of the images being used to track traffic patterns and help to make commutes more efficient.

The company clearly intends for the website to serve as a sort of launchpad for a line of business where companies and perhaps even governments or public institutions purchase these satellites for their own use. We’ll have to see how that works out, and if photos from space become big business in the years to come, but if that does indeed happen, Canon might already be ahead of the game.