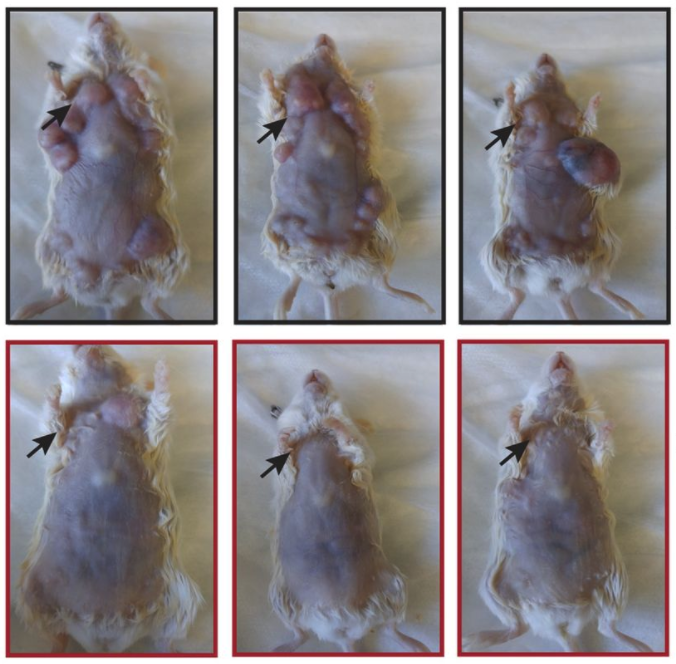 Meaningful progress in the battle against cancer can seem hard to come by, but new testing by researchers at Stanford might offer an incredible boost. A novel approach to killing off tumors has shown remarkable promise in mice, and even has the ability to completely clear out the cancer with nothing more than tiny injections of immune-stimulating compounds. Their report on the testing and progress of the cancer-fighting breakthrough was published in Science Translational Medicine.

The new approach is a rather straightforward form of immunotherapy (using the body’s own disease-fighting power to battle cancers), and it sounds almost too good to be true. By injecting two distinct immune-bolstering agents directly into the tumor itself, the cancer is effectively eradicated. The technique isn’t just fast, but it’s also incredibly thorough and can even wipe out tumors that have begun to grow in other parts of the subject’s body, far away from the primary tumor which has been treated.

“When we use these two agents together, we see the elimination of tumors all over the body,” Ronald Levy, MD, of Stanford and senior author of the study explains. “This approach bypasses the need to identify tumor-specific immune targets and doesn’t require wholesale activation of the immune system or customization of a patient’s immune cells.”

Some types of immunotherapy have been shown to be effective in combating cancers, but they can also come with unwanted side effects. The main drawback of some immunotherapy techniques is that they push the entire body’s immune system into overdrive rather than localizing the body’s efforts to the cancer sites. This new technique focuses the fight directly on the tumor and seems to be capable of widespread effects as well.

“All of these immunotherapy advances are changing medical practice,” Levy says. “Our approach uses a one-time application of very small amounts of two agents to stimulate the immune cells only within the tumor itself. In the mice, we saw amazing, bodywide effects, including the elimination of tumors all over the animal.”

Of course, the testing thus far has been done on mice and not humans. For this to truly change the cancer-fighting game the researchers will need to prove that it is just as effective on human patients. To that end, a clinical trial is already being planned that will seek to eliminate tumors in lymphoma patients. If it goes as planned, this could be a truly incredible advancement.