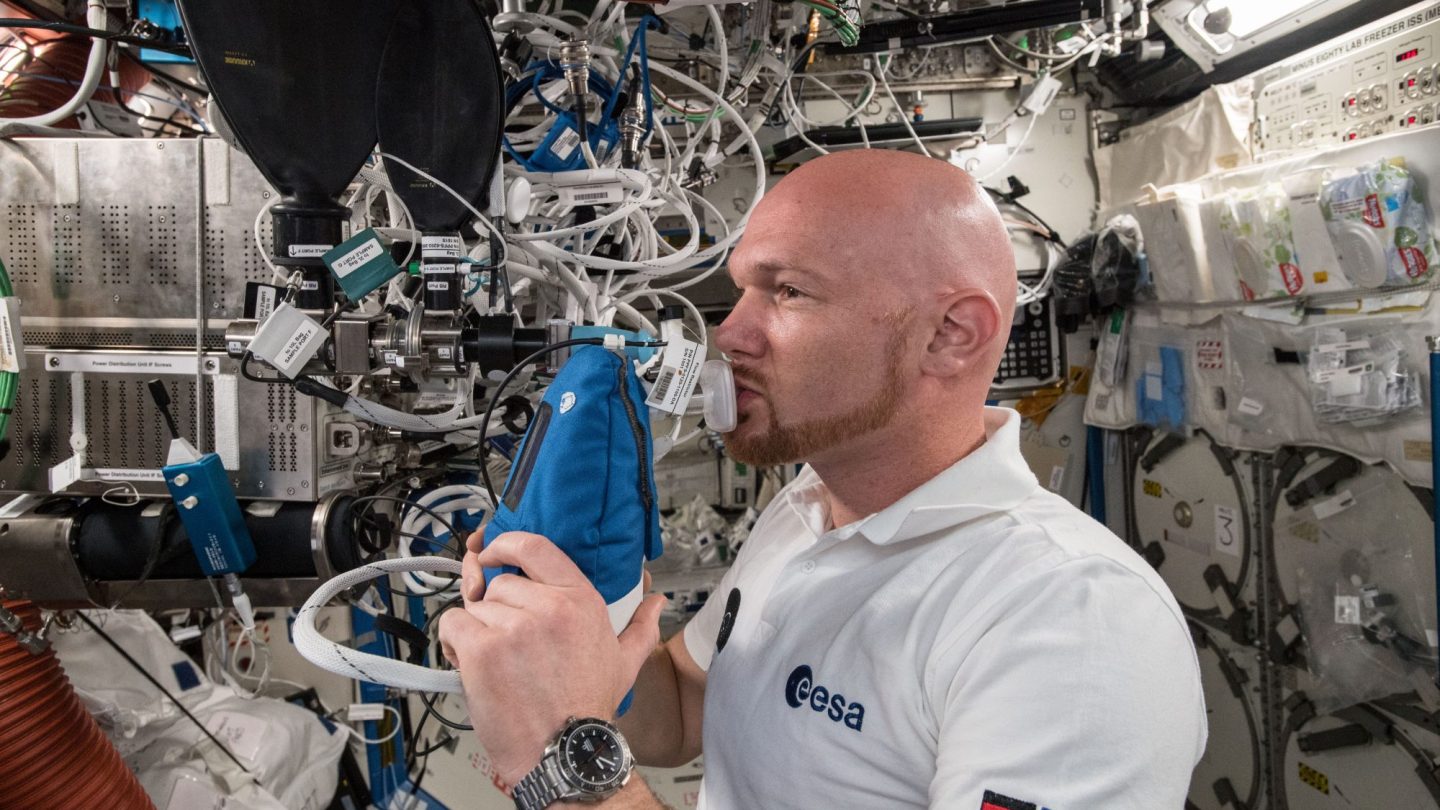 Dealing with low gravity in space can take some getting used to for scientists who make their way to the International Space Station. They prepare as best they can back on Earth, but the human body tends to do some weird stuff when you remove gravity from the equation, and astronauts who return from space can exhibit a variety of issues that take some time to correct.

Now, researchers from the European Space Agency are using data from astronauts aboard the ISS to learn more about how space travel affects one very basic function of the human body: breathing.

In the near future, humans will venture back to the Moon and perhaps even find their way to Mars. When that happens, scientists want to be sure that basic functions of the human body don’t cause issues, especially during long-duration missions. To that end, experiments aboard the ISS have tasked astronauts with breathing into a small machine that measures the saturation of nitric oxide in their breath, revealing lung inflammation.

Lung issues during missions to the Moon and Mars are of great concern, and if a space traveler experiences inflamed lungs — similar to what asthma suffers deal with on Earth — the low-pressure environment could make things even worse. Astronauts aboard the ISS performed breathing tests in an airlock to simulate the reduced pressure that future travelers may have to deal with on the Moon and Mars, and the readings are helping scientists better understand how to prevent potentially life-threatening situations in the future.

At present, NASA intends to return to the Moon by 2024, which is right around the corner. In the near future, lunar habitats may be a reality, and eventually, NASA believes a crewed trip to Mars will be possible. When those trips finally happen, breathing troubles will hopefully be the last thing on astronauts’ minds.