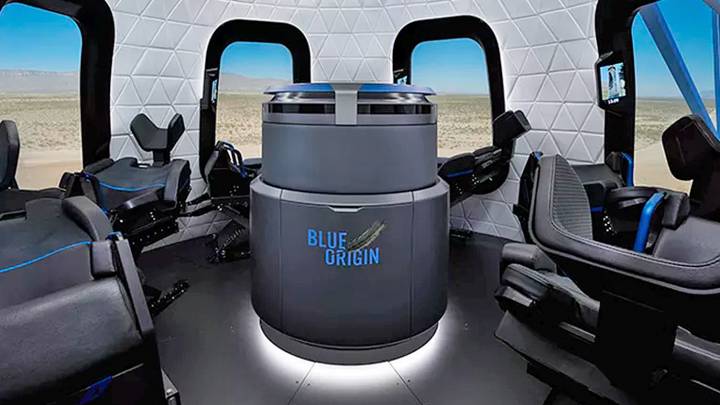 What is it with these private spaceflight companies always jumping the gun? SpaceX has become notorious for delaying and pushing back previously-stated target dates — most recently it said it would delay manned flights until the end of 2018 at the very earliest — and Jeff Bezos’s Blue Origin has repeatedly been forced to manage expectations and hint at increasingly vague launch targets.

Blue Origin famously showed off the interior of its “tourism” capsule early in 2017, and reportedly planned to have a manned mission under its belt by March of 2018. Yeah, that didn’t happen, but that’s not stopping the company from announcing that it will begin selling tickets to space in 2019… for some reason.

As SpaceNews reports, a recent keynote at the Amazon Web Services Public Sector Summit included a pledge from Blue Origin Senior Vice President Rob Meyerson that the company’s New Shepard program was still moving along nicely, and that manned test flights are right around the corner.

“We expect to start selling tickets in 2019,” Meyerson reportedly said, conveniently avoiding important specifics like when tourists would actually fly or how much they’d have to pay for the privilege. The latest word from Bezos was that the company had yet to even decide on a price, which makes a lot of sense considering Blue Origin has yet to actually get a human into space.

As for when manned test flights might actually begin, could only say that they were would happening “soon.” Again, this is kind of how things have been going for Blue Origin as well as SpaceX. Getting a rocket into space is no easy task, and ensuring that a manned space capsule is actually safe to stick on the top is a challenge of a whole other magnitude.

If we had to go by what recent history has told us, it would seem safe to assume that even if manned test flights manage to get off the ground by the end of the year, paying customers will definitely not be heading skyward as early as 2019. That’s not to say it won’t happen “soon,” but the timeline these companies operate on appears to be a condensed version of reality, so “soon” could mean pretty much anything.