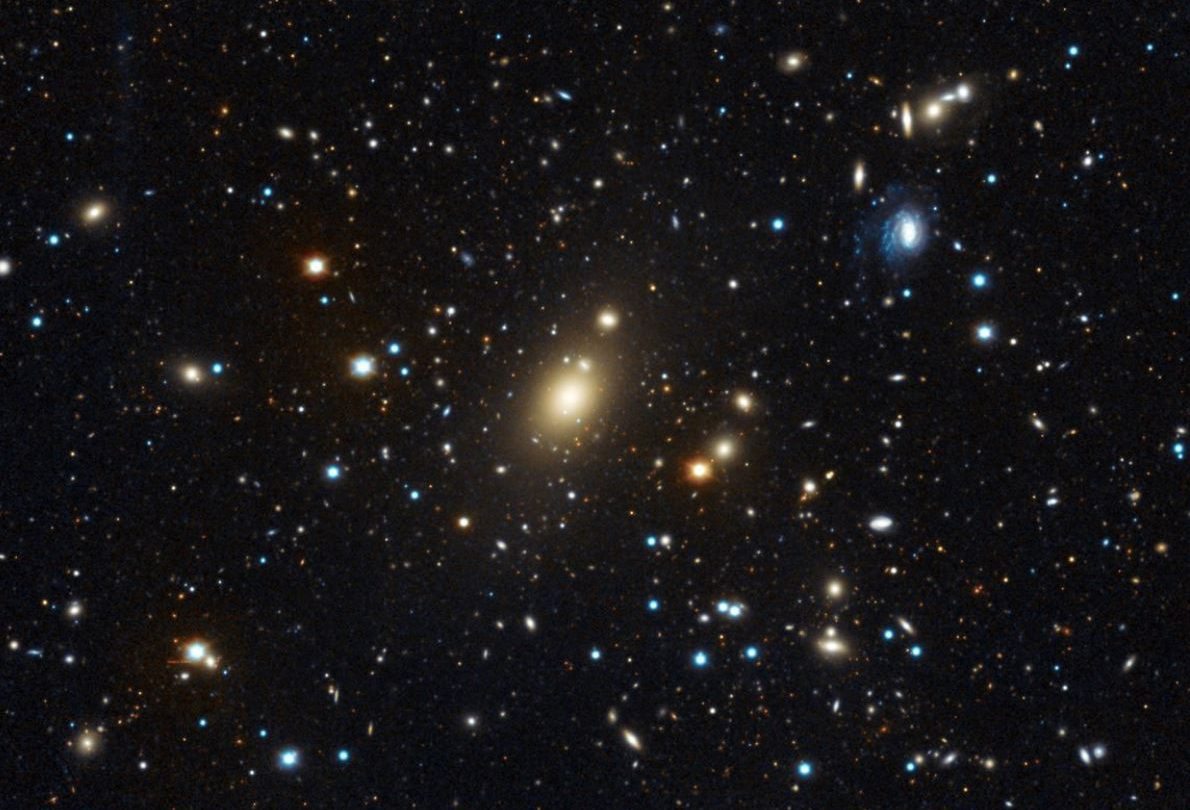 Of all the objects astronomers have observed in space over centuries of scientific investigation, black holes are one of the most bizarre and mysterious. Objects so dense that not even light can escape their pull are hard for us to wrap our heads around, but they’re out there, and scientists from the Max Planck Institute for Extraterrestrial Physics along with researchers from the University Observatory Munich just spotted one that’s more massive than any previously discovered black holes in our neck of the cosmic woods.

It’s located at the heart of a galaxy cluster known as Abell 85. The cluster is made up of hundreds of individual galaxies, but they’re all centered around a black hole so incredibly large that it would take 40 billion stars the size of our Sun to match its mass.

The scientists describe the discovery in a new research paper, revealing that the incredibly huge black hole is located in the galaxy Holm 15A, which sits at the center of the cluster. The cluster is located a whopping 700 million lightyears from Earth, and measuring its mass was made possible thanks to readings from the Very Large Telescope, operated by the European Southern Observatory, located in Chile, as well as data gathered by the Wendelstein Observatory.

“There are only a few dozen direct mass measurements of supermassive black holes, and never before has it been attempted at such a distance,” Max Planck scientist Jens Thomas, lead author of the work, explains. “But we already had some idea of the size of the Black Hole in this particular galaxy, so we tried it.”

The team was able to successfully crunch all the numbers, and the measurement they came up with was even larger than their estimates. The team ran computer simulations to get a clearer picture of how we arrived at the “present” (700 million years old) state of the black hole, its galaxy, and the surrounding cluster.

“The light profile in the inner core is also very flat,” Kianusch Mehrgan, a team member who worked on the project, notes. “This means that most of the stars in the center must have been expelled due to interactions in previous mergers.”

Going forward, the researchers believe this work could provide a foundation for mass measurements of even more distant black holes.