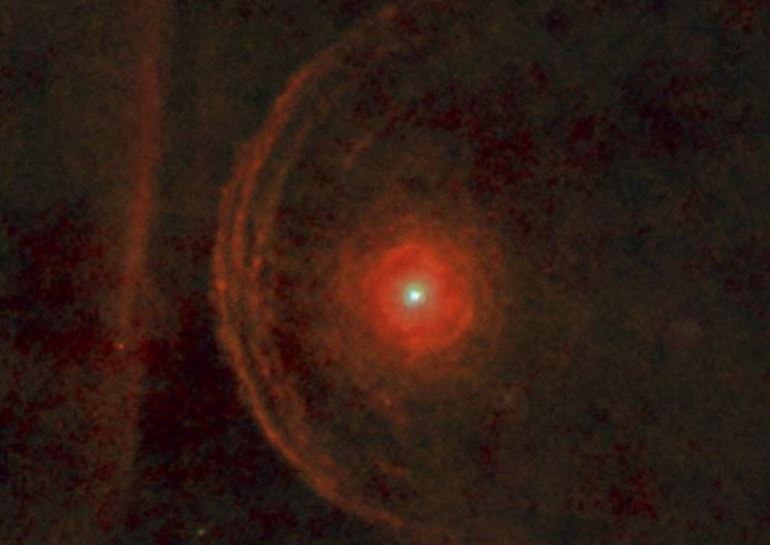 Our Sun is the reason we’re all here today. Some day it’ll go boom, but we’ll all (hopefully) be long gone, one way or another, by the time that happens. In the meantime, however, astronomers can observe the changes happening to distant stars, some of which may offer clues as to how our own star will behave when it nears the end of its life.

One star in particular, Betelgeuse, sits somewhere between 520 and 650 light-years from Earth. That’s a stone’s throw in the grand scheme of things, and because of its proximity, scientists have been able to keep a close eye on it over the years. Recently, Betelgeuse has been acting somewhat strange, prompting some casual observers to wonder if we’re about to see it explode. The short answer is no, but the longer answer is a little bit more complicated.

Betelgeuse is the big bright red star that forms the shoulder of the constellation Orion. It’s absolutely huge, and that’s because it’s in the stage of its life where it has become a red supergiant. These stars expand many times their original size, and it’s a sign that the star is nearing the end of its life.

As the Bad Astronomer himself, Phil Plait, explains over on SYFY Wire, recent observations of the star show that it is dimming far more than is typical. The star has been observed brightening and then dimming in the past, but it’s recently gotten so dim that it’s caught the attention of both amateur and professional astronomers.

Based on what scientists think they know about Betelgeuse, the star still has a whole lot of life left in it. Having already consumed its available hydrogen, the star has ballooned up to many times its original size and is now churning through its available helium. When that runs out, things will get a lot more interesting, but it’s believed that the star has enough helium to continue burning for tens of thousands or even a hundred thousand years before it goes boom.

The good news is that even if the star were about to detonate, it’s still far enough away that it wouldn’t have any measurable impact on Earth. We’d definitely see it, and Plait notes that it would be about as visible as the Moon in the night sky, but we’d all still have to go to work the next day.