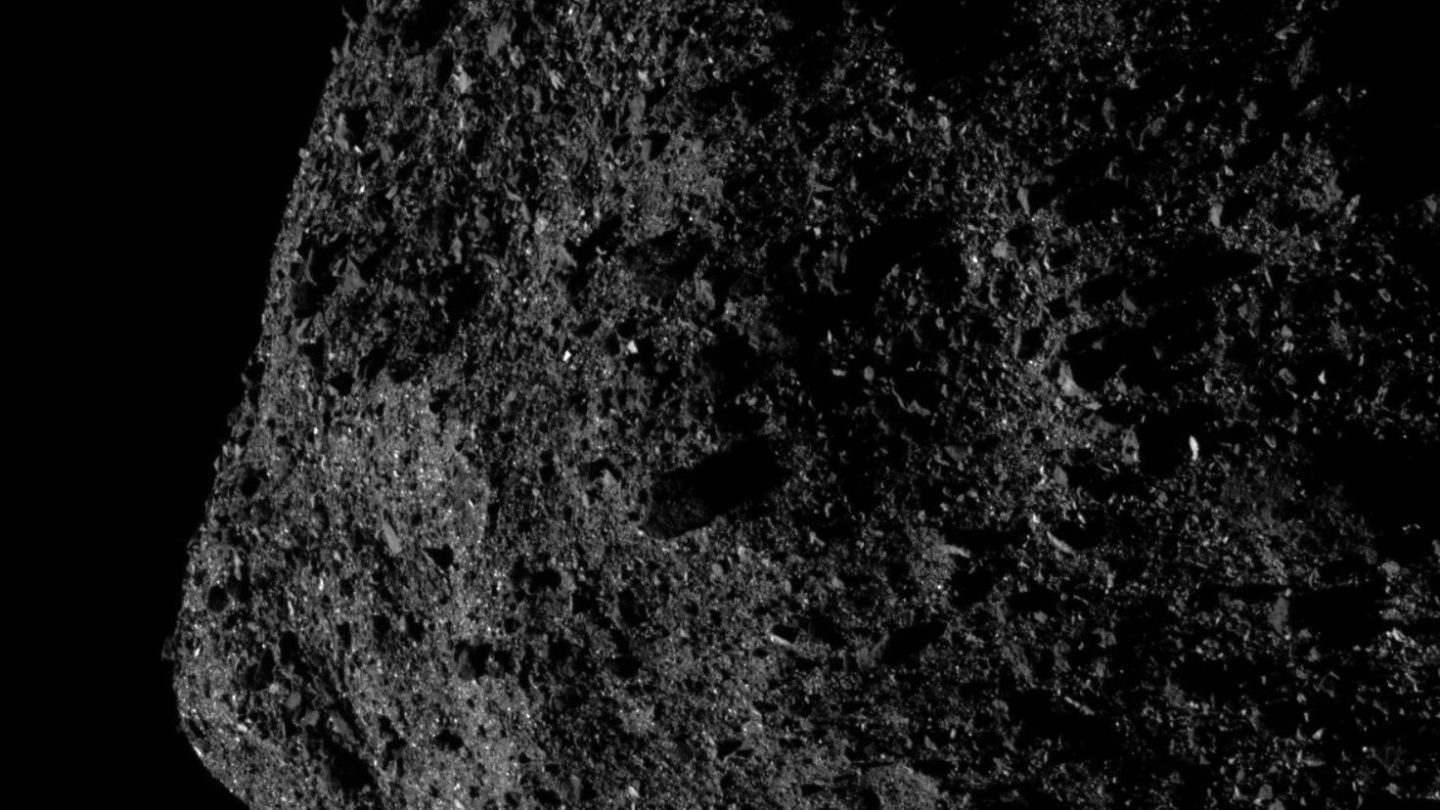 NASA’s OSIRIS-REx asteroid probe is giving scientists an even better look at the surface of the space rock known as Bennu now that it’s moved even closer to the object. A new photo posted by the partnership between NASA and the University of Arizona gives us what might be our most detailed glimpse yet at the rock.

The spacecraft has been hanging around Bennu for several months now, and will continue to do so for several more. Its new orbit, which its handlers call the Orbital B phase, brings it within a half mile of Bennu’s surface, and this new photo shows us exactly what it sees as it orbits.

The photo, which was posted to NASA’s OSIRIS-REx web portal, comes with the following caption:

This image of asteroid Bennu was captured on Jun. 13, 2019, shortly after NASA’s OSIRIS-REx spacecraft executed its second orbital insertion maneuver. From the spacecraft’s vantage point in orbit, half of Bennu is sunlit and half is in shadow. Bennu’s largest boulder can also be seen protruding from the southern hemisphere.

The OSIRIS-REx team goes on to explain that, due to the incredibly short distance between the spacecraft and the asteroid, details “as small as 1.6 feet across” can be seen in the full-resolution image (available here).

Getting a detailed look at Bennu’s surface is about more than just capturing some fancy space eye candy. NASA has to know what every inch of the rock looks like in order to choose the best possible location for an eventual touchdown.

Eventually, the probe will set down briefly on Bennu in order to snag a sample of its material for return to Earth. The asteroid is absolutely covered in debris, however, posing a serious challenge. In the months ahead, scientists will come up with a short list of possible landing locations and then narrow it down, and observations like this one will help them make their decision.