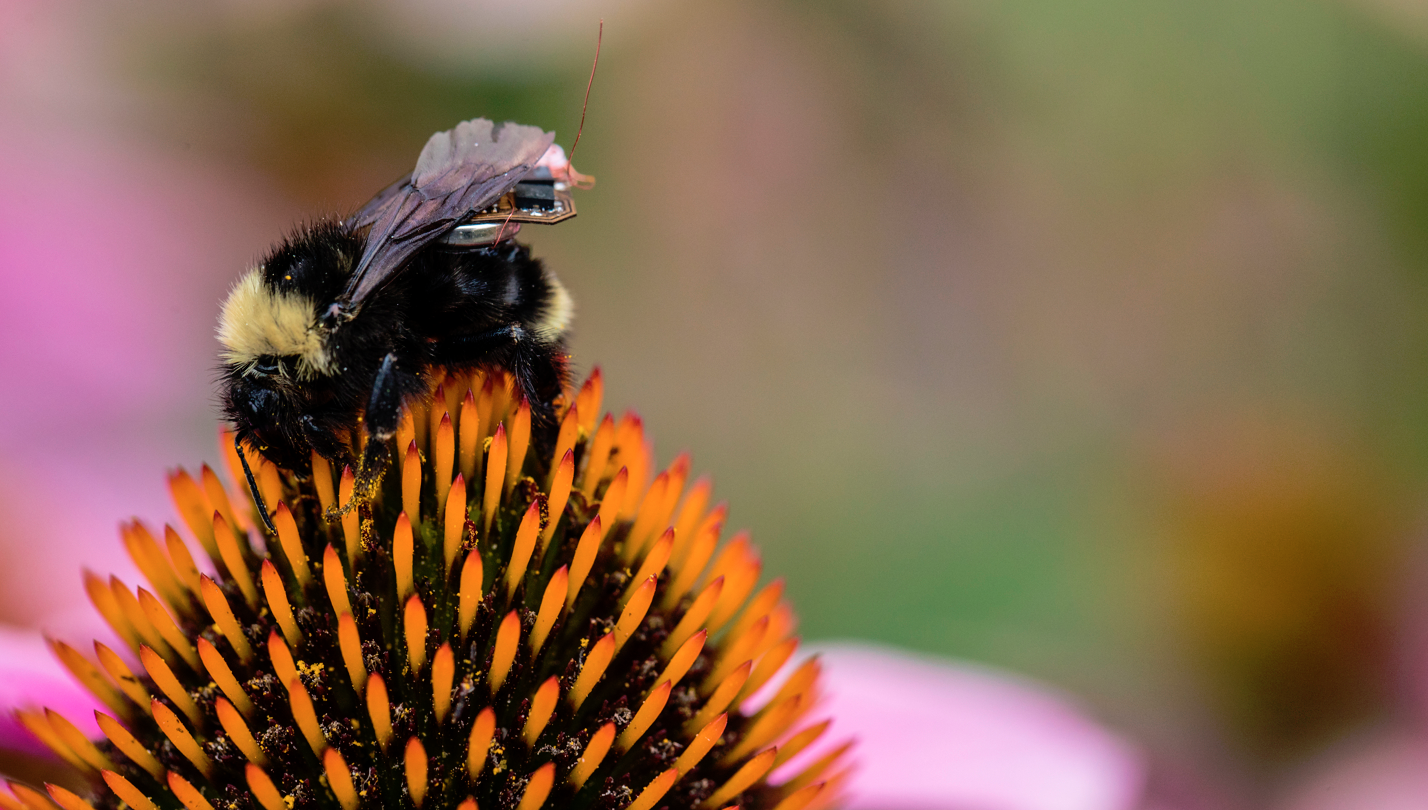 Wearables are all the rage for us humans, delivering all kinds of useful information about our bodies and surroundings. Now, scientists from the University of Washington have developed a wearable system for a much, much smaller creature. Engineers from the university created tiny sensor-packed “backpacks” for bumblebees.

As you might have guessed, the devices don’t deliver any information to the bees themselves, but instead funnel data back to researchers for a variety of purposes. With tiny rechargeable batteries that last for around seven hours, the backpacks collect data about location as well as temperature and humidity. These metrics can be used to paint a picture of the health of plant life in a given area, and it’s all collected without the use of robotic drones.

As the researchers explain, drones are great at collecting useful data about crop health and other environmental statistics but they burn through battery power too fast to make them viable. Bees, on the other hand, fly for hours and hours, and a sensor small enough to be carried by an insect can passively collect data as the bug goes about its business.

“Drones can fly for maybe 10 or 20 minutes before they need to charge again, whereas our bees can collect data for hours,” Shyam Gollakota, associate professor at University of Washington and co-author of the work, said in a statement. “We showed for the first time that it’s possible to actually do all this computation and sensing using insects in lieu of drones.”

The backpack itself weighs just 102 milligrams, which the scientists say is roughly the weight of seven grains of dry rice. The small batteries in the backpacks are recharged after the insects return to their hive in the evening, at which point the data gathered by the sensors is also collected.

The team says data like this could be used to help farmers track the health of their crops by seeing where the bees are traveling and at what times.