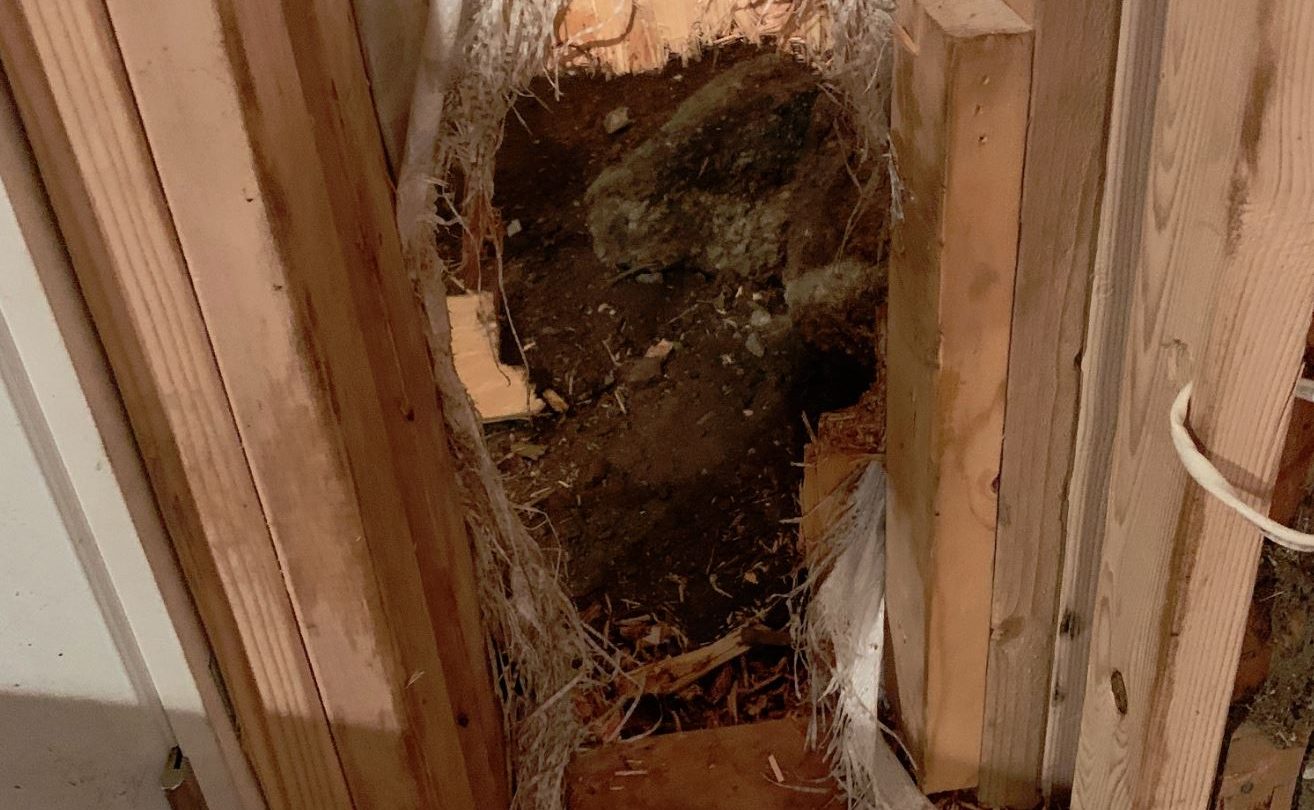 Spotting a bear on a hiking trail or wandering around your rural back yard can be somewhat frightening, but most of the time they’d just assume ignore your presence entirely. One family in Estes Park, Colorado recently had a run-in with a bear that was not only interested in their home but apparently wanted to rent a room as well.

As local Fox station KDVR reports, the four-legged home invader was determined to entire a local home and eventually succeeded, at which point police were summoned to deal with the situation. When the fuzz arrived, the bear made a dramatic getaway by busting straight through a wall, drawing comparisons to the iconic Kool-Aid Man.

The incident was also chronicled on the Estes Park Police Department’s Facebook page, which offers some additional details as to how the whole thing played out.

A brief investigation concluded that the bear was initially attracted to the home due to the smell of garbage, which is a common lure for bears searching for a free meal. The creature busted into the ground floor of home and was spotted by a neighbor who promptly contacted the homeowners.

The bear wasn’t looking for a fight, and once police arrived it decided the quickest path out of the home was through a wall, leaving quite a bit of damage in its wake.

Wildlife officials advise against leaving garbage containers open in areas where bears are known to roam, and it’s recommended that homeowners take measures to prevent the smell of garbage or potential food sources from wafting around their property, especially over night.

Bears are smart animals, and they can usually find a way into a home if they try hard enough. Ensuring they have no interest in entering is the best safety measure.