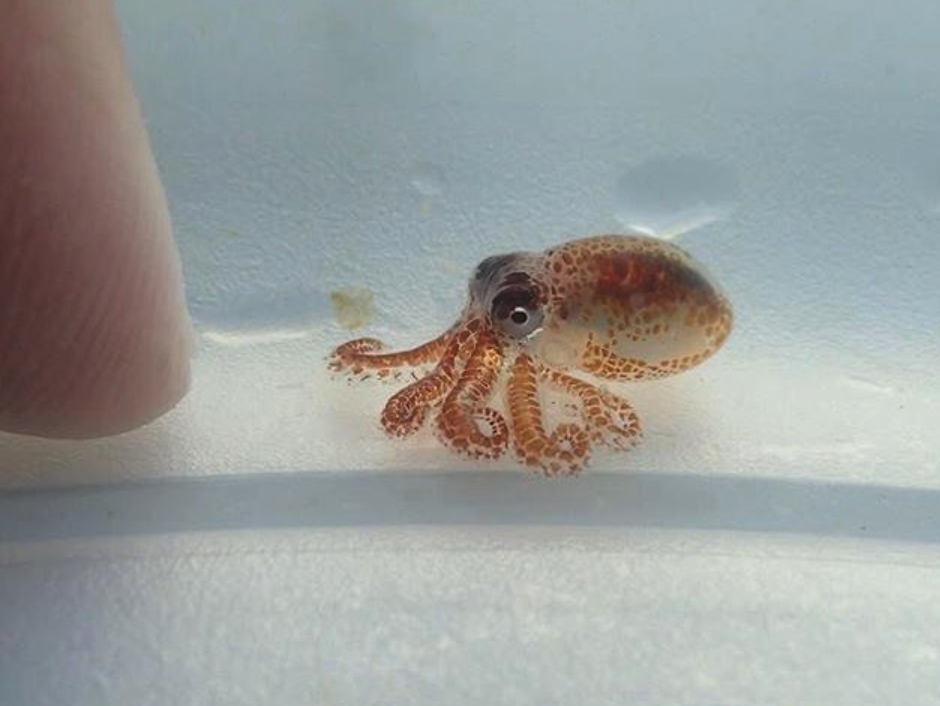 Cleaning up trash is not a glamorous job, and you’d have to imagine that cleaning up ocean trash is no different. Slowly plucking someone else’s refuse and placing it in a bag where it should have been in the first place is something that scientists working in the field tend to do because they feel the moral pull to keep nature free from human garbage, but when researchers in Hawaii took some time to clear trash while monitoring the progress of coral reefs in the area, they were met with a surprise.

Sallie Beavers, a marine ecologist with the Kaloko-Honokohau National Historical Park, was part of a team of scientists who discovered two tiny baby octopuses hanging out in some floating plastic trash, and they sure are cute.

The tiny creatures were originally found earlier this year, but were recently the subject of an Instagram post by the U.S. Interior Department.

A post shared by Department of the Interior (@usinterior)

The researchers believe the pair of marine animals are members of a species that will grow to stretch about three feet long and weighing in at around 12 pounds. These little fellas still had a long way to go before they reached adulthood, but at least now they can find something else to hide in that wasn’t discarded by a lazy human.