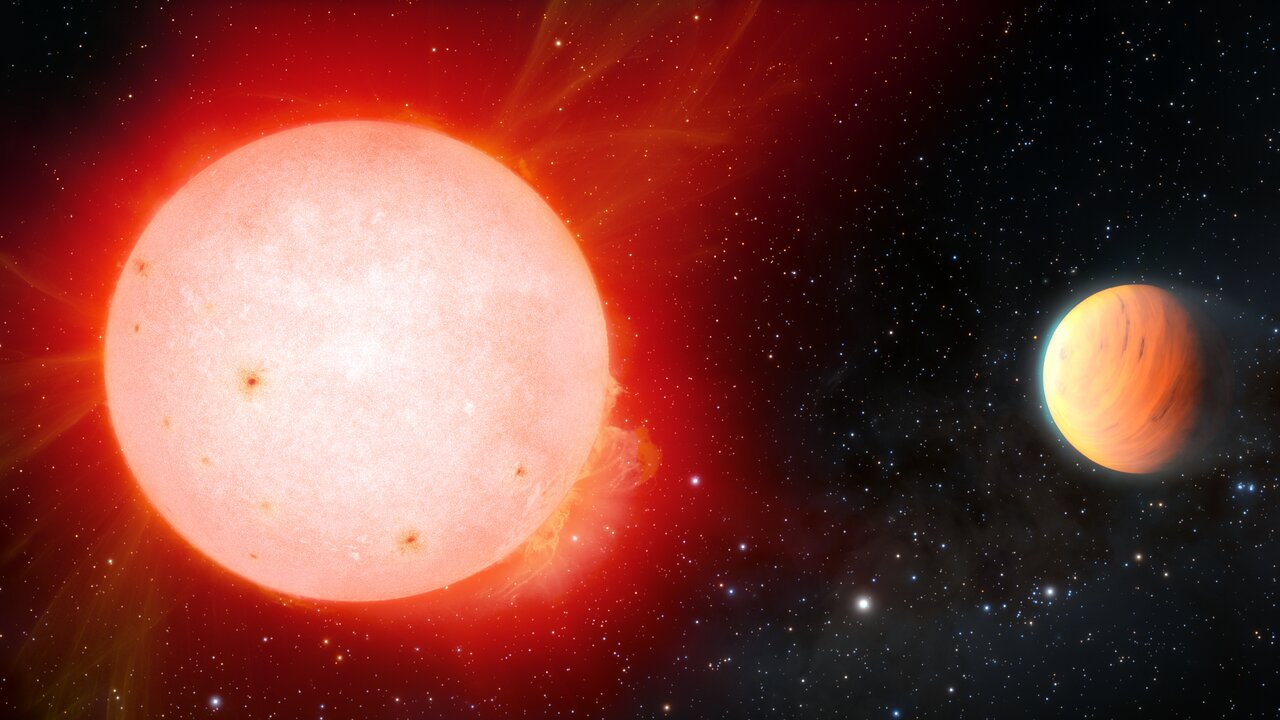 Astronomers have discovered a strange “marshmallow” world 580 light-years away from Earth. The planet, which orbits a red dwarf star, is believed to be the lowest-density gas giant we have ever detected. Astronomers observed the unusual planet, which can be seen in an artist’s impression shared by NOIRLab above, using the WIYN 3.5-meter Telescope at Kitt Peak National Observatory.

During their observations, the astronomers noted that the marshmallow world, as many have come to think of it, appeared to be far lower in density than any other gas giants we have detected before. Further, its close proximity to the red dwarf star it orbits raised even more questions about the planet’s formation.

“Giant planets around red dwarf stars have traditionally been thought to be hard to form,” Shubham Kanodia, a researcher with Carnegie Institution for Science’s Earth and Planets Laboratory, said in the press release shared by NOIRLab. The reason that astronomers have begun calling this a marshmallow world is because the gas giant has a similar density to that of a marshmallow.

But how exactly this gas giant came to be such a low density when everything else we know about these planets says they should be denser is baffling scientists. However, they have proposed at least one possible reason for the marshmallow world’s density. And that reasoning could be related to the planet’s rocky core. Gas giants are believed to begin as massive rocky cores with 10 times the mass of the Earth.

From there, they rapidly pull in large amounts of neighboring gas to form the giants we know today. Other gas giants, like Jupiter, may have even eaten other planets to grow as large as they have. It’s possible that this planet, known as TOI-3757 b has a lower abundance of heavy elements within its core, and thus the rocky core formed more slowly, delaying the onset of gas accretion.

Future observations of the marshmallow world, perhaps with the James Webb space telescope, could tell us more about its atmosphere and density. The researchers published a paper on the planet in The Astronomical Journal.