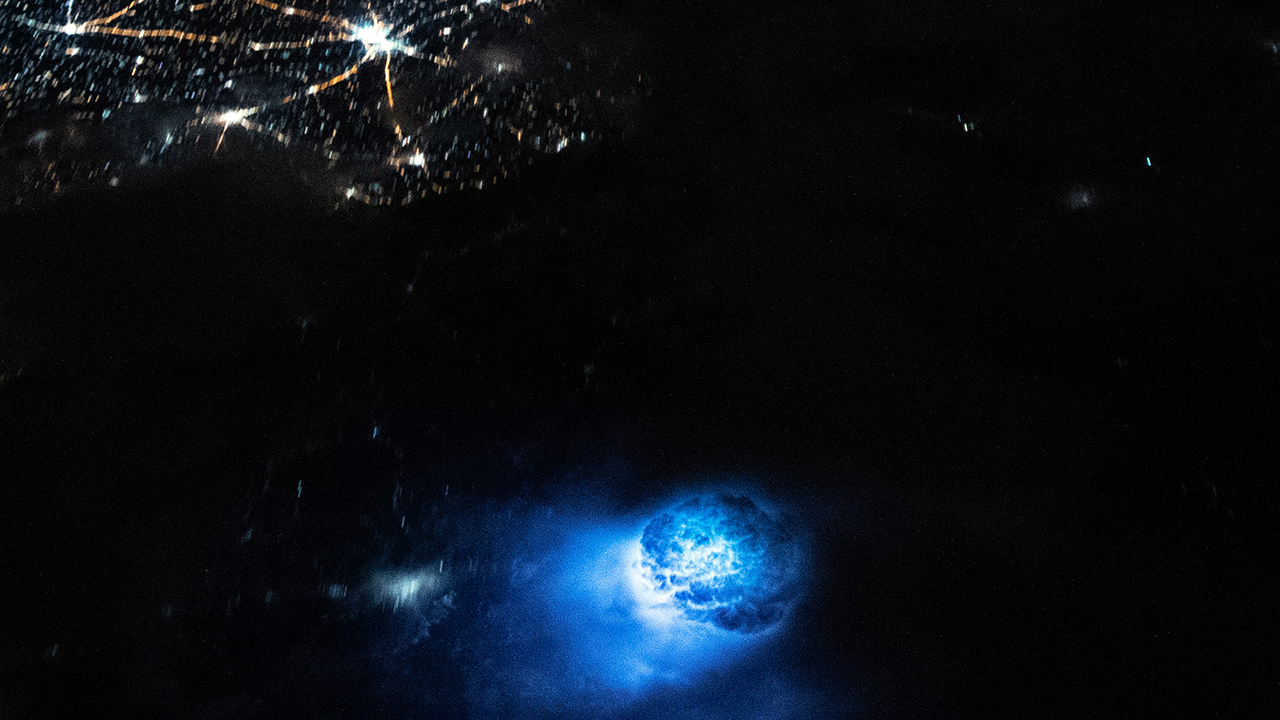 An astronaut on the International Space Station captured mysterious blue spheres in the sky last year. NASA’s Earth Observatory shared the photo last year, as well, shortly after it was taken. The photo was taken as the ISS passed over Southeast Asia. The orbs, which appear extraterrestrial in nature, aren’t nearly as mysterious as you might think, though.

The Earth Observatory keeps an eye on our planet as the International Space Station makes its rounds, looking for anything that can help scientists learn and better understand things. Previously the observatory captured a photo of a newly birthed island in the Pacific. That photo, as well as this photo of mysterious blue spheres in the sky, could provide new points of data for scientists to inspect.

The photograph of the mysterious blue spheres in the sky was taken by a member of the Expedition 66 crew and was acquired on October 30, 2021 – almost an exact year ago. The photo was taken using a Nikon D5 digital camera with a focal length of 28 millimeters, NASA’s Earth Observatory notes in a post on its website.

While the photo might bring some unease to anyone who looks at it out of context, the mysterious blue spheres aren’t something to be afraid of. Instead, both spheres have logical and sound reasoning behind their existence, NASA says. The first sphere, which is located next to the bottom center of the image, is a lightning strike.

These are usually hidden by clouds. However, because the clouds weren’t exceptionally heavy in that region of the world, the astronaut on the ISS was able to capture the mysterious blue sphere in the sky that you see in the image above.

The second mysterious sphere, which appears along the right border of the picture, is actually the Moon. Our Moon is a natural reflector of light – which is why it appears as brightly as it does in the sky each night. However, on this particular night, because of where it was in relation to the photographer, it appears more like a mysterious blue sphere in the sky and less like the Moon we peer up at each day.

Still, even with these more mundane explanations behind the spheres, seeing these shining blue orbs floating in the sky is exciting, and the image itself is very enthralling. Hopefully, those aboard the International Space Station will continue to deliver exceptional photographs like this until NASA decommissions the ISS sometime in 2030.