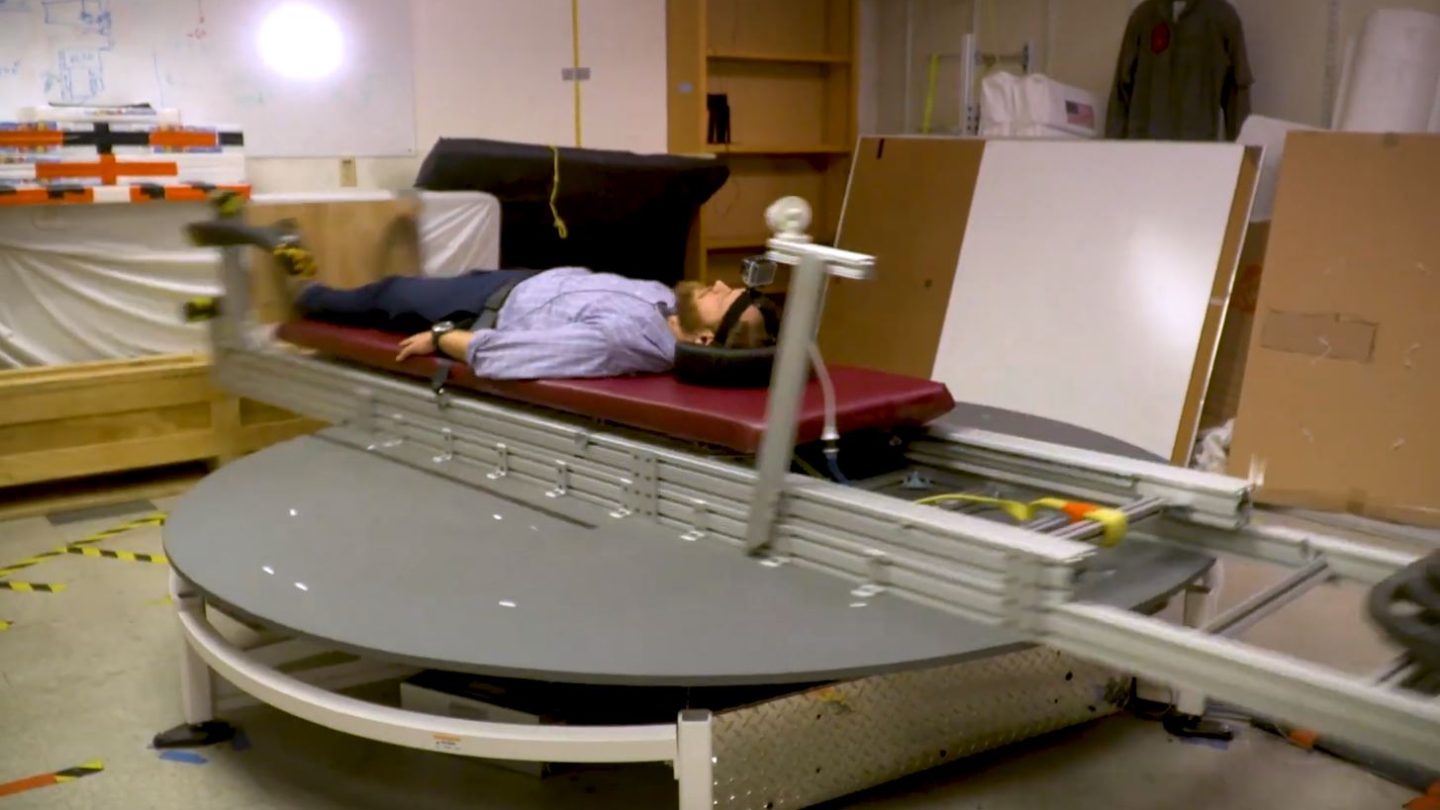 Heading into space means leaving Earth’s gravity behind. Astronauts floating around on the International Space Station might look like they’re having fun in the weightless environment, but a lack of gravity can actually be a serious detriment when it comes to long-term health.

Now, researchers from the CU Boulder have designed what they say could be the first step towards artificial gravity devices installed in spacecraft for the benefit of human travelers during deep space missions. The gadget — a large, table-sized spinning machine — may well be a glimpse into the future.

Gravity and mass go hand-in-hand, and generating actual gravity is something we just can’t do. However, it’s possible to simulate the “weight” that gravity gives us using a centrifuge.

A merry-go-round at your local park is an easy way to understand the concent: The faster the ride spins, the tighter you have to hang on to prevent being thrown off. Swap the merry-go-round for a flat disc, and position your body so that you’re lying on your back with your feet pointed outwards and you’ve got the makings of an artificial gravity device.

Living in an ultra-low-gravity environment for long periods of time can wreak havoc on astronauts’ muscles and joints, which is why the ISS is packed with exercise devices to keep space travelers in tip-top condition, but even that can only do so much.

Disc-shaped artificial gravity devices like the one built by CU Boulder could be a simple way to augment existing astronaut fitness routines and keep space travelers healthier for longer periods of time. However, there’s a major hurdle that is only just being scaled: motion sickness.

While a person is spinning on the device, any movement of the head tends to create stomach-churning sensations that aren’t ideal for anyone, especially scientists traveling through space. The team has been working on personalizing the gravity routine for each individual ramps up to the appropriate rotation speed that is right for them. By doing so, the researchers were able to get all of their test volunteers to a speed of 17 rotations per minute without making them barf in the process.

Going forward, the CU Boulder team plans to continue to tweak the system and recruit more volunteers, slowly chipping away at what might one day be the answer to keeping humans happy and healthy in space.