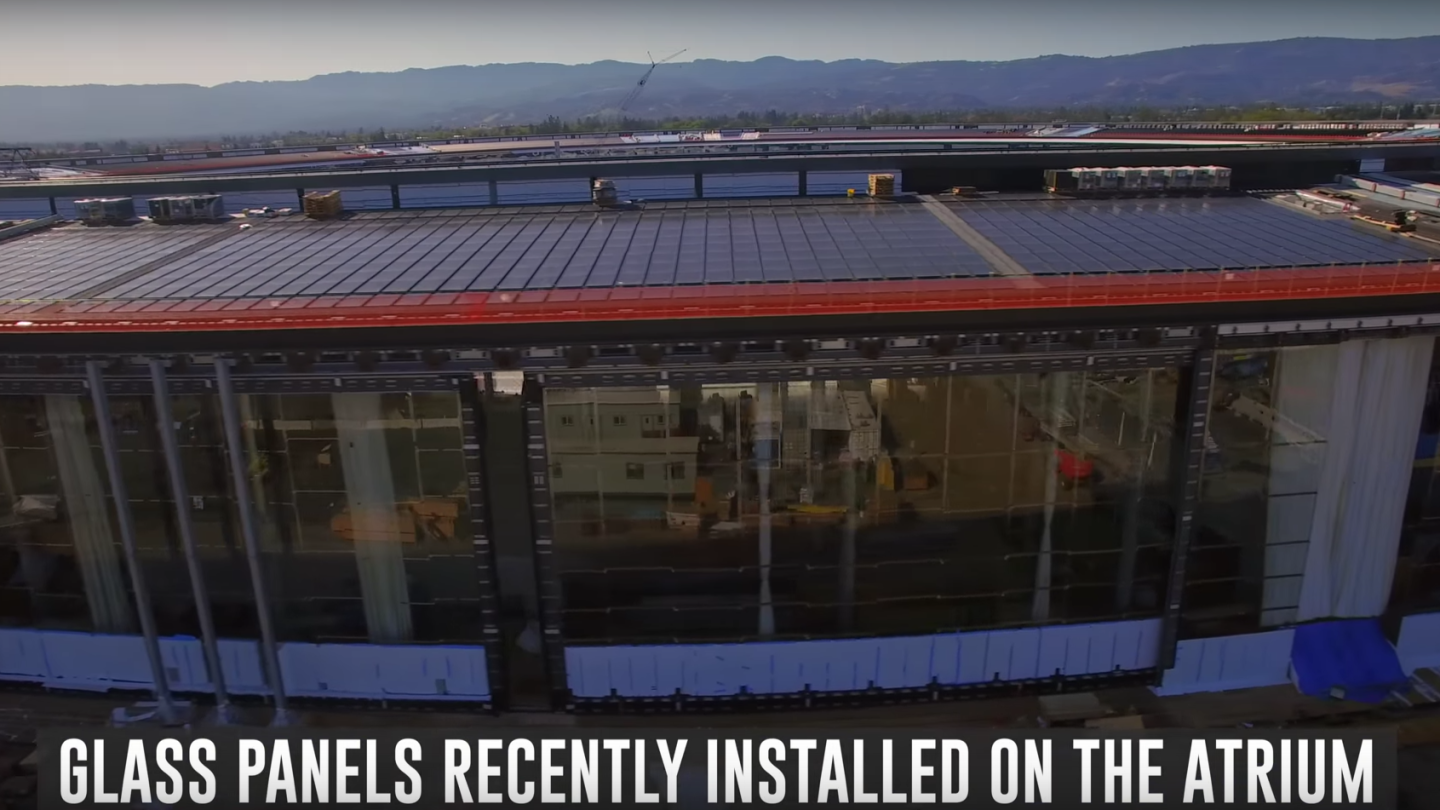 Apple has been building its new “spaceship” campus for years now, and it’s still not done. Apple employees will have to keep slumming it in Infinite Loop until move-ins start next year, but even so, very visible progress is being made.

In the latest drone-shot update of Apple’s spaceship (there’s a sentence I never thought I would type!), we’re treated to a look over the outer spaceship in its nearly-finished form, a shot of the massive glass front for the Atrium, and a look at where Apple employees are going to park all those secretive Apple Cars.

Drone photographer Matthew Roberts has conducted his monthly flyover of Apple Campus 2, showcasing some of the new improvements. Overall, it looks like the main building is nearly done — in fact, there’s only one crane left on the site, as most of the buildings are in place. Landscaping work still needs to happen, as the inside of the spaceship looks like a pile of mud for now. There’s still cladding and a mountain of interior work to be done, but some of the bigger aesthetic touches, like the giant glass front for the Atrium, are in.