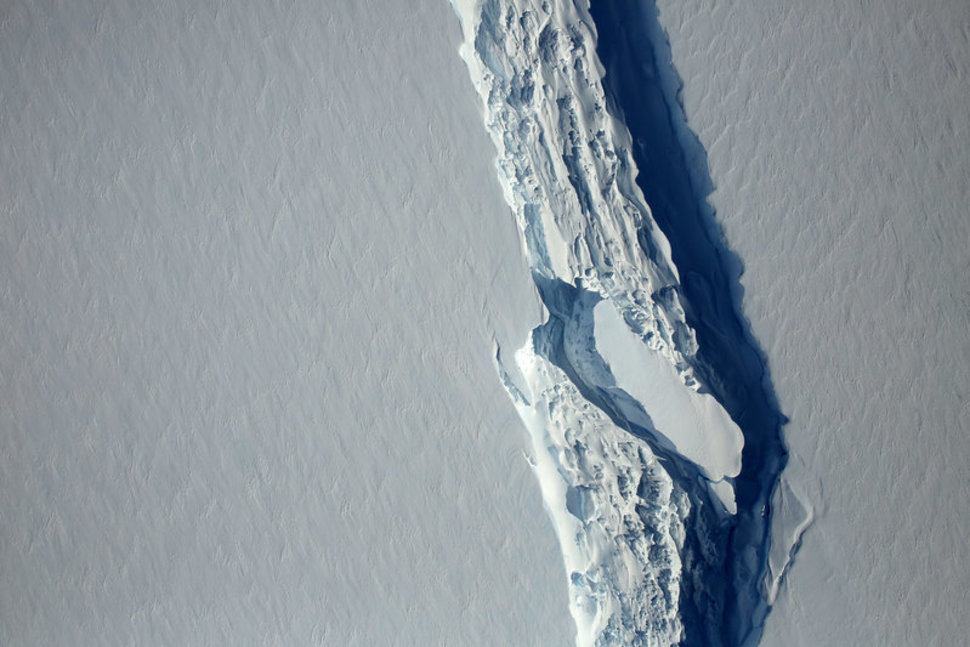 Scientists are the public in general have been keeping a very close eye on the crisis unfolding on the Larsen C ice shelf for months. A massive crack in the shelf has threatened to unleash a state-sized chunk of ice into the ocean for a long time, but a recent increase in the speed of the cracking (called “calving”) captured the attention of the world. Well, the massive iceberg finally set itself free, and while this might sound like the end of the saga, the real danger is only just beginning.

The iceberg, which is estimated to weigh around one trillion metric tons, is now loose in the ocean, creating a serious hazard for the shipping industry which will need to keep a very close eye on its progress. It’s hard to tell at this point what the chunk of ice will do — whether it will remain in one piece or break into small, potentially even more dangerous icebergs — or where it will go.

If the ice heads north towards warmer waters it will obviously increase the speed of its melting, but if it continues to break down into smaller chunks, it could create a very dicey situation for commercial vessels as well as expeditions around the Antarctic peninsula.

Researchers have long feared that the icebergs departure could further destabilize the ice shelf it broke off from, possibly accelerating the rate at which additional calving occurs, though it’s too early to predict how that will play out.