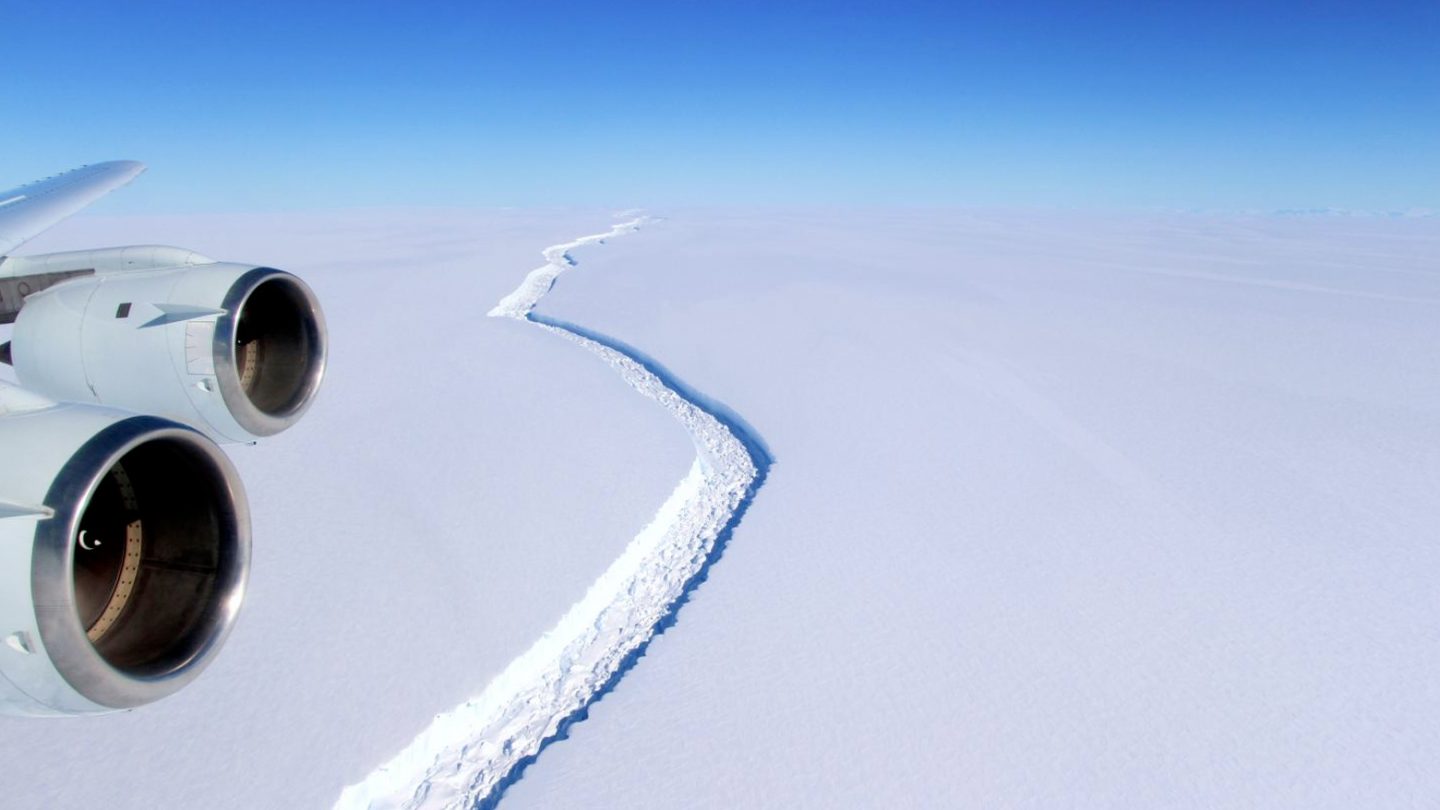 People often ask for clear signs that global warming — sorry, sorry “climate change” — is real. Sure, sea levels are rising, storms are becoming more intense, and ocean species are being found in places that they don’t belong, but there’s plenty of mental gymnastics naysayers can perform to rule those things out. The Larsen C ice shelf is about to do something that can’t be ignored, by dropping an absolutely massive chunk of ice the size of Delaware into the ocean, and dramatically changing the Antarctic Peninsula in the process.

When we last checked in on the huge crack that has been gradually growing on the ice shelf it had progressed by roughly 120 miles with a further eight miles left to go before the ice chunk broke free. That was at the beginning of June, and now just a month later it’s nearly complete, with just around three miles left until it is no longer attached.

The speed at which the split — called “calving” — has occurred is particularly troubling, as scientists point to its accelerated progress as a clear sign that the effects of global warming are getting gradually worse. What’s more, when the Delaware-sized chunk of ice eventually breaks free, that’s not the end of the story; scientists believe that the loss of the mass of ice could cause instability on the rest of the glacier, potentially speeding up the break up of additional icebergs.

Researchers can’t forecast the exact moment the berg will break off, but considering its increased speed of calving and the short distance the crack has yet to go, it’s expected to happen in the immediate future.