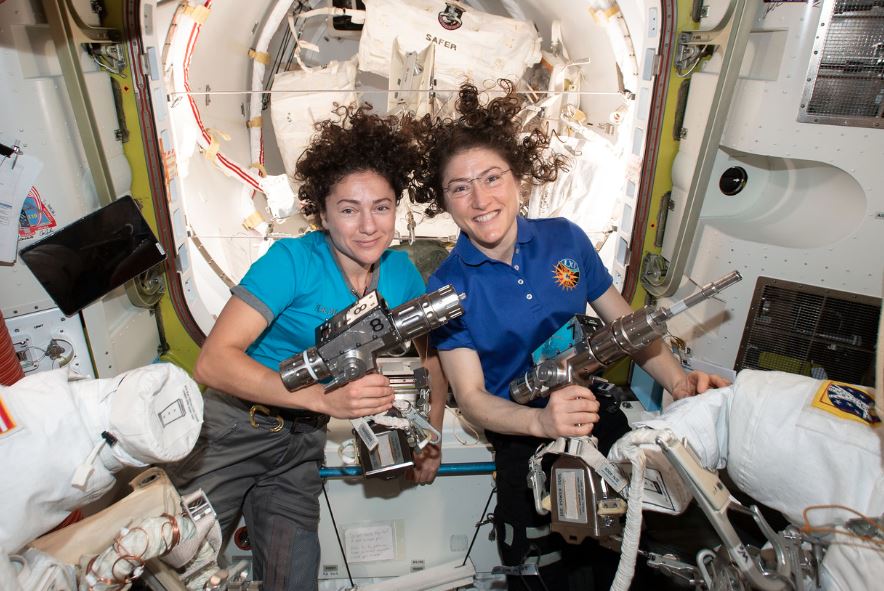 You might remember back in March that NASA was planning the first all-female spacewalk in history. The space agency didn’t specifically intend for it to be women only, but it just so happened that astronauts Anne McClain and Christina Koch were slotted to operate as a team, and it was the first time things had worked out that way.

Unfortunately, the spacewalk had to be tweaked at the last minute due to an issue with spacesuit sizing. McClain’s spacesuit size preference changed after her first trip outside the ISS and there weren’t two medium-sized suit torsos available. It was a bummer, and it meant that the first all-female spacewalk would have to wait for another day. Tomorrow is that day.

This time around, astronaut Christina Koch will be joined by Jessica Meir, and the pair will venture outside of the space station to perform some maintenance. During the spacewalk, which is expected to take about five and a half hours, the duo will swap out a failed power regulator that manages the power flow to the space station’s batteries.

The two most recent spacewalks carried out by NASA astronauts tasked the crew with replacing aging batteries with newer, more efficient models. The new batteries can hold twice as much power as the old models, and replacing them will ensure that the space station maintains a steady power flow even when no sunlight is hitting its solar panels.

Friday’s spacewalk was bumped up due to the power regulator’s failure. The battery swapping operation will commence at a later date, and NASA says it’s already planning a trio of spacewalks to finish up that job. Another five spacewalks are also tentatively planned for November and December and will give astronauts a chance to perform repairs on a particle detector installed on the space station.