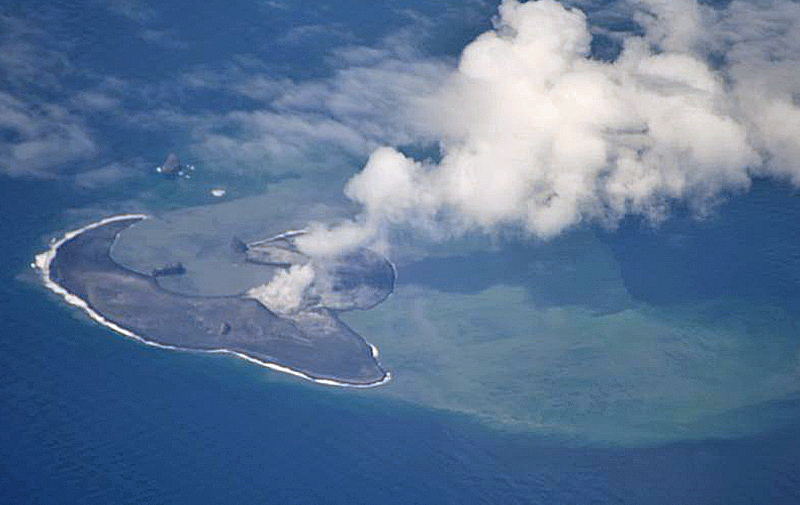 It’s nearly July 4th, which means neighborhoods around the United States are covered in tiny cardboard tubes with small amounts of explosives packed away inside. Soon, those little tubes are going to blow their tops, but a volcano in the Aleutian Islands, located near mainland Alaska, simply couldn’t wait until Independence Day to show the world what it can do. It erupted, spewing a cloud of ash into the sky and causing a pretty serious headache for anyone flying the not-so-friendly skies.

The Bogoslof volcano, which erupted for roughly 16 minutes before finally calming down, shot its ash cloud to a height of 36,000 feet. That’s well within the range at which airlines have to take note, and the Alaska Volcano Observatory raised its aviation alert level to “Warning” status, which is the highest alert possible. The observatory is planning to monitor the event as it continues to unfold and update its alert levels today. The volcano is located some 850 miles from Alaska’s most populous city, Anchorage.

Bogoslof has been rather active as of late, erupting from time to time since late 2016. The volcano is just one of many different volcanos that make up the Aleutian Island chain. There’s a grand total of 41 volcanos in the chain that are known to be active, at least as of 1760.

No casualties have been reported in connection with the Bogoslof eruption, and aside from inconveniencing some airlines and potentially delaying arrivals due to altered routes, the resulting ash cloud is not expected to cause any major issues.