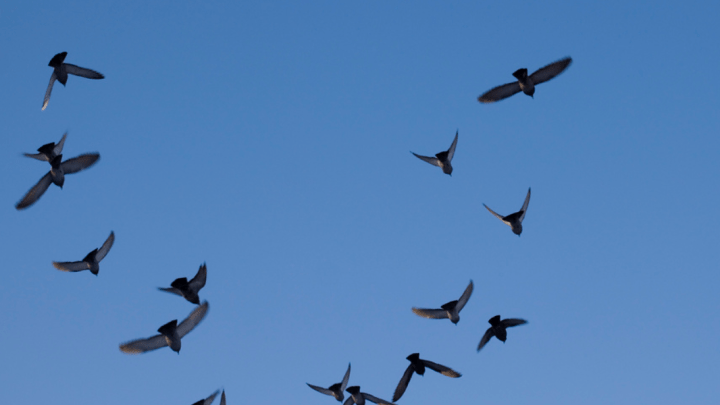 It took mankind untold eons to learn how to fly, but now artificial intelligence is doing something similar and in a fraction of the time. No, there’s no robots constructing planes like the Wright brothers, but some AI-powered gliders are indeed learning how to cruise through the air just like birds, and they’re getting pretty good at it.

Researchers equipped a glider with an advanced algorithm and control system that allows it to navigate wind currents in the same way that birds to. By finding updrafts which help it stay aloft, the glider can slip through the air indefinitely, much like birds to when trying to minimize their energy output.

The research, which was published in Nature, describes how these wind currents are used by birds. “Soaring birds often rely on ascending thermal plumes (thermals) in the atmosphere as they search for prey or migrate across large distances,” the paper reads. The researchers then go on to explain that their fancy AI glider works in exactly the same way.

Without being able to flap its wings, the glider is totally at the mercy of the wind, and as such it is forced to seek out air columns that will push it higher.

“A navigational strategy was determined solely from the glider’s pooled experiences, collected over several days in the field,” the paper says. “The strategy relies on on-board methods to accurately estimate the local vertical wind accelerations and the roll-wise torques on the glider, which serve as navigational cues.”

Put simply, the glider can tell when it is approaching an updraft and then uses that wind to maximize its time in the air. Over time, it learns what to look for in order to identify rising thermal plumes and its onboard flight controller adjusts its approach to take advantage of them.

How birds are able to deftly locate and exploit thermals is unknown, but the researchers suggest that reinforcement learning — much like what the glider’s algorithm is based on — is likely how they learn to get the most out of their time in the air.