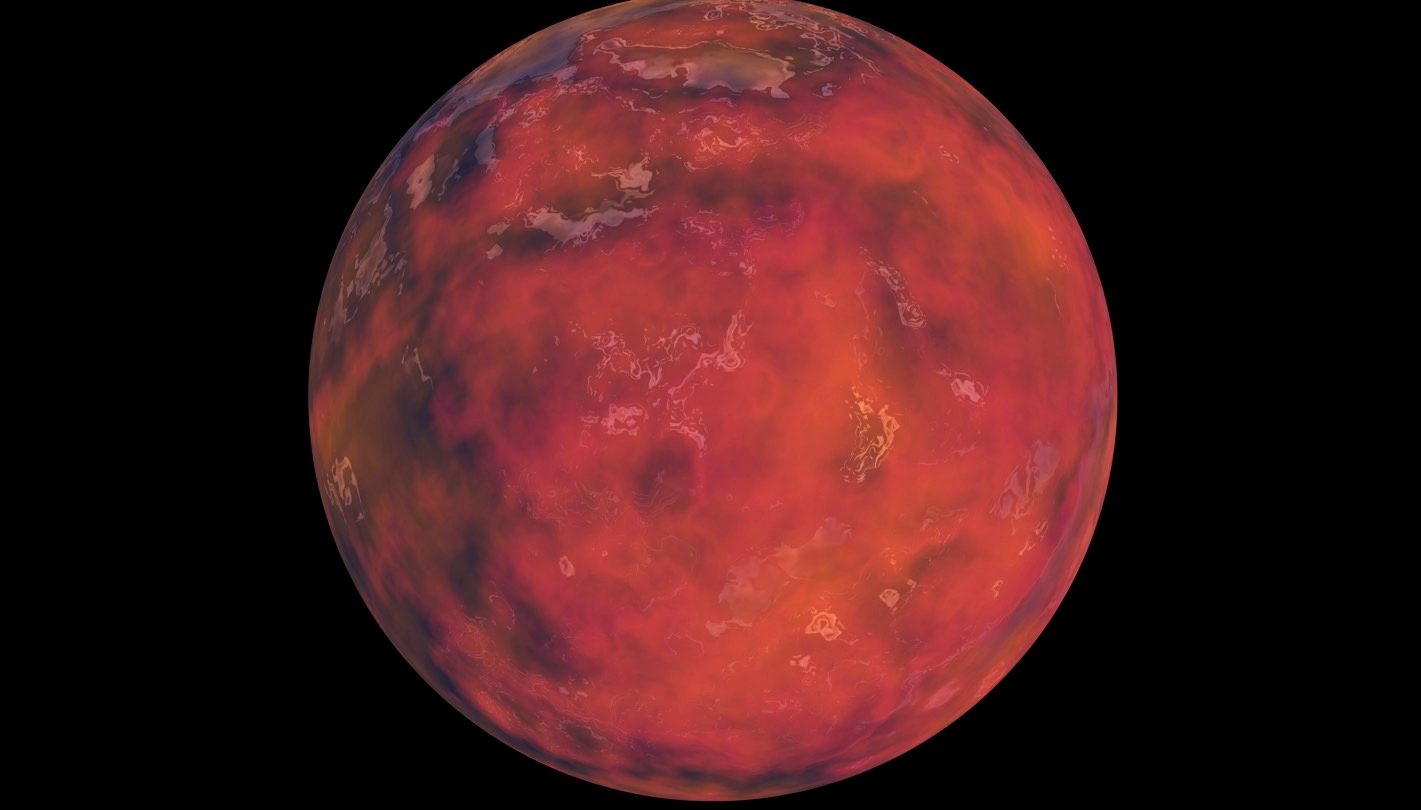 A new planet discovered by scientists has oceans of lava covering its surface. The hellish planet is called GJ 367b, and it’s roughly 30 light-years away from the Earth.

The new planet is smaller than Earth — around three-quarters the size to be exact. That makes it larger than Mercury, but somewhat smaller than Mars. It’s also believed to be as dense as pure iron. What makes this exoplanet so interesting, though, is scientists believe it to be a more extreme version of Mercury. That means it would mostly be a metallic core, with the rest of the world covered in molten lava oceans.

This hellish planet has an eight-hour orbit

Scientists discovered the hellish planet orbiting around a small red dwarf star named GJ 367. Because the star is so small, it made detecting the planet much easier. They then used the Transiting Exoplanet Survey Satellite, or TESS, a space telescope, to inspect it closer. TESS was launched back in 2018 and allows scientists to search around M-type stars more easily.

Jesse Christiansen, a Caltech Astrophysicist, and scientist at the NASA Exoplanet Science Institute, told Inverse that M-types usually offer the best chance to follow up on the planet. The scientists discovered that GJ 367b takes less than eight hours to complete its orbit. Christiansen says that this could be another opportunity for scientists to discover more about the planet. That could include a better idea of what the planet’s surface would be like.

The remnants of an iron core planet

Right now, what we know about the hellish planet is based on the data gathered from TESS. Using that information, though, scientists believe that the planet reaches temperatures high enough to vaporize iron. As such, they believe that it is an iron core planet where the mantle has melted. They also believe that the exoplanet’s orbit was caused by some outside influence.

Unfortunately, that influencing force is currently unknown. The scientists hope to be able to dig deeper into the system around the dwarf star and the hellish planet orbiting it. They hope to discover if another planet could have forced GJ 367b into its current orbit.

Previously scientists have discovered the possibility of a ninth planet in our solar system. Some also believe that solar winds could have played a part in the creation of the Earth as we know it now. While it’s easy to get lost in dreams fueled by science fiction media, it’s always a bit humbling to see how the real planets we discover look. Beyond all of these uninhabitable planets, though, we might one day fight another Earth-like planet capable of life.