By Chris Hachey
Updated 8 months ago 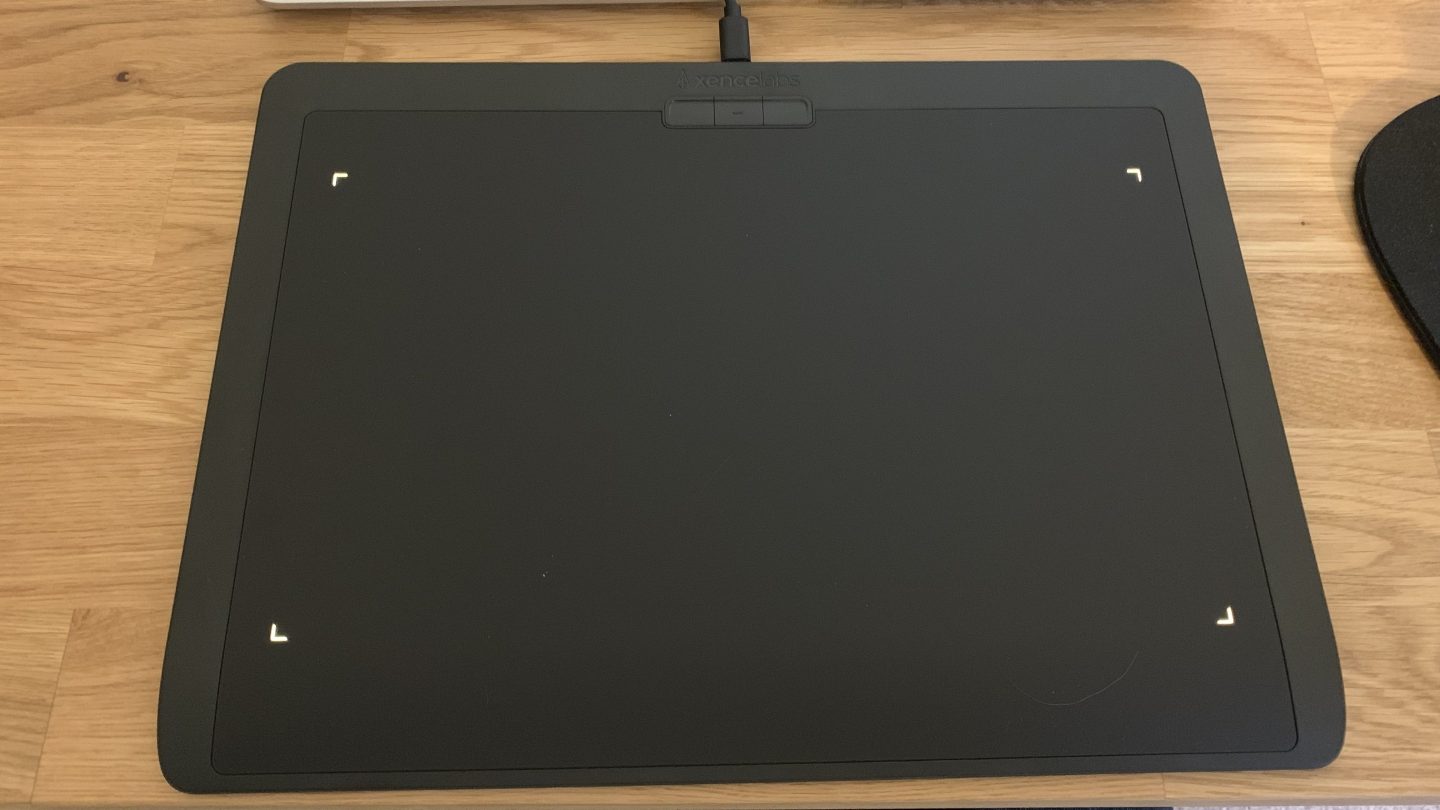 Illustrating and creating on your computer has never been easier. Even if you don’t have an arts degree, you can still create a photo on your computer. If you’re not gifted drawing with a colored pencil and a pad of paper, that doesn’t limit your creative abilities anymore. There are plenty of products on the market that assist you in creating better art with your devices. Xencelabs Pen Tablet is one of those products.

I recently was given the Xencelabs Pen Tablet Medium Bundle which includes the Quick Keys accessory. As someone who does not consider themselves an artist, I was able to learn more about the space of professional digital design tablets. What I found encouraged me that people with my skill level could because artists in no time.

The Xencelabs Pen Tablet Medium Bundle includes a lot. The medium tablet itself measures 12.6″ x 9.13″ x 0.3″ and the active area is 10.33″ x 5.8″, so there’s plenty of working area to use. You’ll receive the three-button pen as well as a thin pen, so you’ll be able to create more pointedly. The pen case also includes the dongles wirelessly connecting both the tablet and the Quick Keys. There are 10 nibs you’ll get, six standards and four felt, that can be used with the pens.

The carrying case is extremely spacious and holds your tablet and all of your accessories. You’ll have a USB cable, a USB-A to USB-C adapter, a nib extracting ring, and a medium drawing glove. The glove reduces the friction on the tablet, so your cursor won’t slide as much.

The first thing you need to do is download the driver on your computer. It works with Windows 7 or later, Linux, and Mac OX X 10.12 or later. Once you download the driver from the site, the program starts up to show you how to best customize your tablet and pens. It is extremely customizable, which makes it much easier to use.

You can plug in the tablet via a USB-C port or set it up wirelessly by inserting the dongle into your laptop. Either way works. The dongle did get stuck in the USB port in my computer and took me a while to get it out. So I personally prefer to plug the tablet into the computer for better stability. When setting it up, you can choose where on the tablet you want the writing space to be. If you don’t want the entire tablet area to be able to be used, you can change that.

The three-button pen and thin pen can both be customized as well. Adjusting the pressure level makes a big difference for both the pen point as well as the eraser. The buttons on the pens can be personalized, so you can double click with the top button on the three-button pen or on the bottom button of the thin pen. It’s up to you.

Xencelabs Pen Tablet in use

As I don’t typically use programs that the pen tablet was made for, I had to get creative. This has popular application shortcut keys for programs like Adobe PhotoShop, Adobe Illustrator, ClipPaint Studio Pro, Corel Painter, TB Storyboard Pro, TB Harmony, Pix, Zbrush, and more. I just simply tried it out with Windows Paint 3D first. I even tried it in PowerPoint as well.

Being able to just press the pen to the tablet and see it come up on the screen was exciting. It is much easier to use than utilizing the touchpad or mouse of my computer. It gives you much more room. This is a top-quality wireless pen that makes it easy to draw and move around. It does take a little bit of getting used to, as you’ll see how sensitive the tablet and pen are and you may lose your cursor a bit at the beginning. But you’ll eventually get the handle.

I was able to draw, change colors, highlight, make the pen point thinner, and create more with ease. Switching out the nibs is extremely easy, thanks to the nib extractor. It is a bit of a challenge to get the pens and the nibs out of the case, so a different type of case may be better.

Features for your Xencelabs Pen Tablet

The battery life for the tablet is very impressive. When it is plugged in, it charges. But if you use it wirelessly, the battery life lasts a long time. Even over the span of 16 hours, it didn’t lose its battery. While I was just using this with my laptop, you can use it with a desktop and a monitor just as easily. The monitor will map to a portion of your tablet, even if you prefer a different aspect ratio.

All of the features do take some messing around with. But as you’re playing with it, you will feel more comfortable. The personalized settings become second nature as well.

Speaking of second nature, having the Quick Keys makes your operation a lot simpler. It works in unison with the tablet and gives you five sets of eight keys to personalize. You can program 40 different functions with this. The scroll wheel allows you to rotate, scroll, zoom, and more. Depending on what settings you want, there are modes that coincide with colors, so you’ll be able to better differentiate. The shortcut controller makes your life simpler, once you get used to it.

I like that it is separate from the tablet, so you get more use out of the entire tablet. You can set up the Quick Keys where you want on your desk, as you can plug it in or connect it wirelessly. The ability to customize your keys helps you become more comfortable using them.

The Xencelabs Pen Tablet will be on sale along with other products from the e-store and at Amazon. Starting on November 24 and running through November 29, you can save 20% on the Pen Tablet Medium and the Pen Tablet Small (neither include the Quick Keys). Additionally, you’ll get 10% off of those on the e-store from December 6-31.

The Xencelabs Pen Tablet Medium Bundle comes with a lot of great features for artists. Adding in the Quick Keys is a no-brainer as it makes creating much simpler. The tablet can take some getting used to but the setup is easy and the battery life is great. It is rather expensive at $359.99. So if you are able to get it during a sale, it could help you.

Should I buy the Xencelabs Pen Tablet Medium Bundle?

Yes. If you’re looking for a digital drawing tablet, this has great compatibility and is customizable to fit your needs.