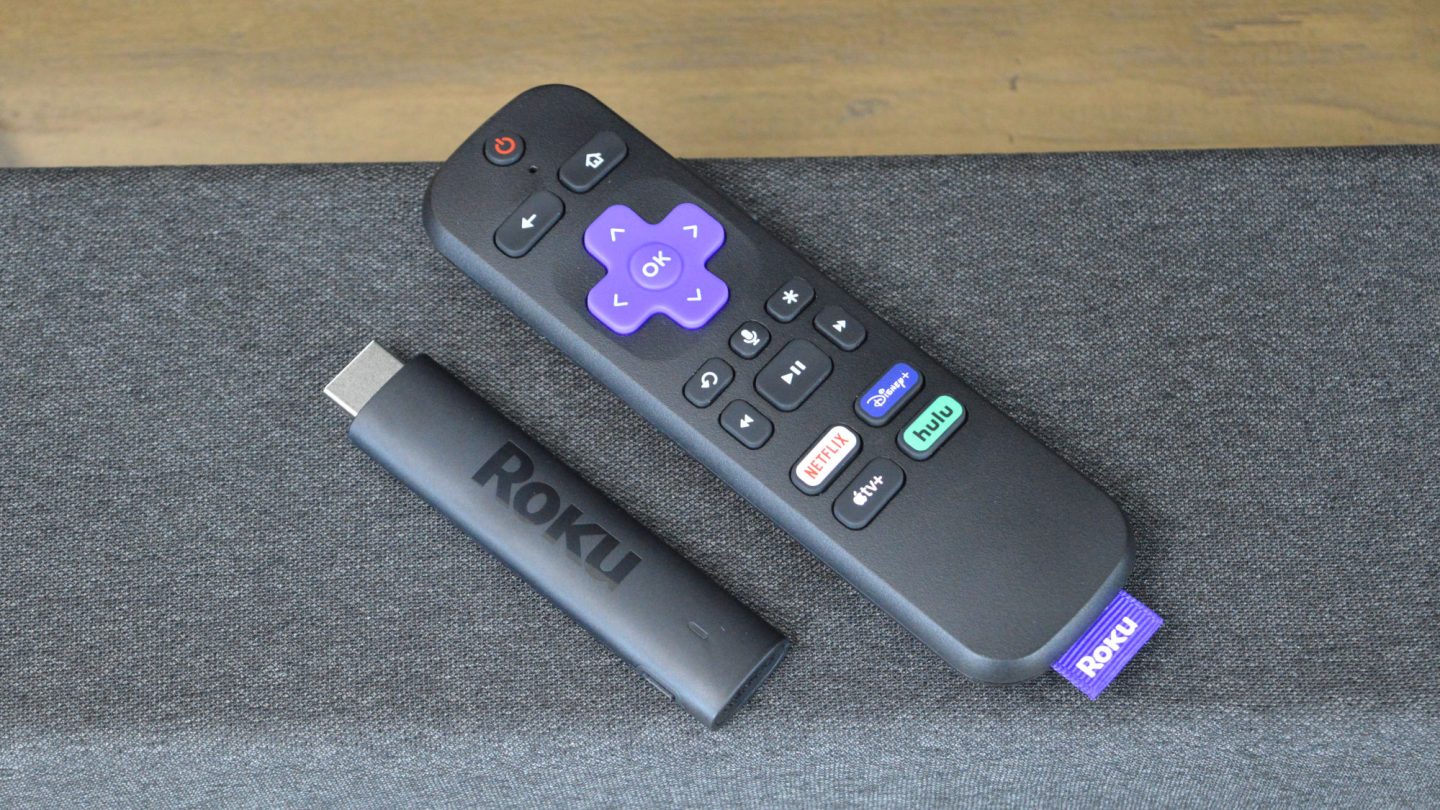 The Roku Streaming Stick 4K looks identical to the last-generation model, but that’s not necessarily a bad thing. The device is 3.7 inches long, and looks fine, but the majority of the time it will likely be hidden behind your TV anyway, so the way it looks may not matter.

It has a MicroUSB port on it for power, and a plug for powering it from an outlet. You can also power it from your TV’s built-in USB port. I don’t mind that the device has a MicroUSB port here, given the fact that you’ll probably only set it up and then never interact with it again.

The design of the device itself isn’t really as important as the design of the remote. If you’ve used a Roku device before, you’ll easily be able to navigate the remote. It’s built from a black plastic, and it’s a little thinner than the Voice Remote Pro, which comes with the Streaming Stick 4K+. The device does away with the headphone jack and the microphone mute switch that you’ll get with the more expensive device, along with the two programmable buttons. But you’ll still be able to use voice commands, which is nice. This remote is powered by two AAA batteries.

Over the years, the streaming services that get quick-access controls on the Roku remote have changed. This time around, you’ll get Netflix, Disney+, +, and Hulu — which is a good selection. Not everyone will have all four of these, but in my household we do, and having access to them was helpful. It’s impossible to tell if they’ll still be helpful three or four years down the road though.

The Roku Streaming Stick 4K may not have the same remote as the Streaming Stick 4K+, but the actual streaming device is the same. That means that you’ll still get Dolby Vision and HDR10 support. That should make for a better viewing experience for those that have a compatible TV.

The software built into the Streaming Stick 4K is…Roku. If you’ve used a Roku device before, you’ll know exactly how it looks and feels. The operating system is laid out as a grid, with different apps, or “Channels.” It’s not the prettiest interface out there, but it works well and gets you to your apps as quickly as possible. Even if you haven’t used Roku before, you should find it relatively easy to use.

Under the hood, the Streaming Stick 4K has a faster quad-core processor. Generally, the interface was fast and responsive, however I thought the previous-gen Streaming Stick+ was too. Hopefully the faster processor will allow the device to last a little longer.

As mentioned, the Streaming Stick 4K keeps features like Dolby Vision and HDR10 support, so as long as your TV supports it, you’ll get an improved video quality. For many, that’s enough to mean that you don’t have to buy a more expensive streamer like the Roku Ultra or Apple TV 4K. That’s a nice upgrade over the Streaming Stick+, which didn’t support Dolby Vision.

The device also supports Dolby Atmos passthrough, and if you have a compatible setup, that will make for a better audio experience. You may run into some compatibility issues, however, that will completely depend on your system.

Easily the biggest competition comes from the slightly higher-end Roku Streaming Stick 4K+, which is the same streamer, but with an upgraded remote. The remote adds a headphone jack for wired private listening, has a switch for microphone muting, has two programmable buttons, and is rechargeable — though through MicroUSB.

If you’re not tied to a platform, it’s also worth considering the Amazon Fire TV Stick. It also supports Dolby Vision and voice controls. At retail price, it’s the same $49.99.

Should I buy the Roku Streaming Stick 4K?

Yes. If you like the Roky operating system and want a cheap streamer that supports Dolby Vision, this is the way to go.