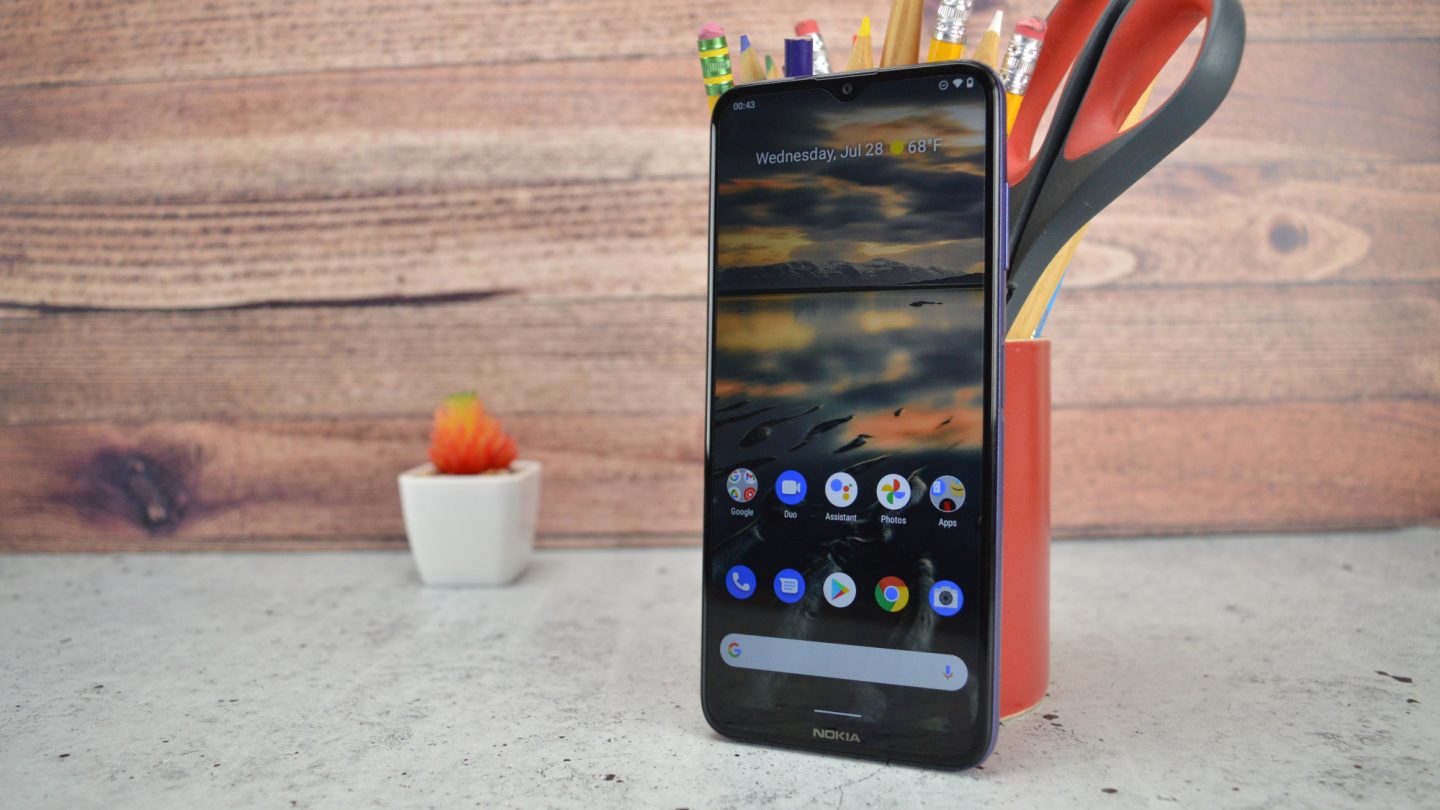 Recently, Nokia completely revamped its smartphone lineup, doing away with the older number naming scheme in favor of the new C-Series, G-Series, and X-Series. The G-Series sits firmly in the midrange — and the latest model in that series is the new Nokia G20.

The Nokia G20 costs $200, which means it’s pretty affordable. But affordable phones have gotten a whole lot better over the past few years, so the phone still has to compete.

Does the Nokia G50 offer enough to beat out the likes of the Galaxy A01 and Moto G Power? I’ve been using it for a while now to find out.

Budget phones look better and better these days. Gone are the days when edge-to-edge displays were reserved for high-end phones. The Nokia G20 may have a small chin and a teardrop notch, but it still also offers a relatively expansive 6.52-inch display that takes up most of the front of the phone.

That said, you can still tell that this is a budget phone. The back of the device is built from plastic, and it does feel a little cheap. Of course, plastic is more durable than glass, but most people end up using a case anyway, so that may not matter as much. Also on the back is a circular camera module, which houses the quad-camera setup.

On the right edge of the phone, you’ll find a power button with a built-in fingerprint sensor, along with a volume rocker. On the left, there’s a dedicated Google Assistant button and the SIM tray. The bottom is where you’ll find the USB-C port — and on the top is a headphone jack. Nice.

The display is fine, but not amazing. It’s an LCD display with a 720p resolution, and it gets bright enough for most indoor use. In direct sunlight, you may have some issues with being able to see the screen, and you can definitely see the pixels considering its lower resolution. It’s to be expected in this price range, but a little extra brightness would have still been nice.

Under the hood, the Nokia G20 offers a MediaTek Helio G35 processor, coupled with 4GB of RAM. It’s not a powerhouse, and frankly, the phone regularly stuttered even in day-to-day use. Multi-tasking worked fine, but if you start juggling more than two or three apps, you’re likely to run into some issues.

It’s not all bad though. Google Assistant seemed to perform decently well, answering questions quickly. Basic scrolling through social media feeds was smooth too, so if all you do on your phone is browse social media and search the web, the Nokia G20 should do the trick.

Less demanding games also did fine on the phone. If you’re more of a Solitaire and crossword type of gamer, don’t worry about the phone not performing well. Playing on more demanding games, like Call of Duty: Mobile, however, was a bit more problematic. The game was a little jittery and slow to load, and while it’s playable, most gamers will find it a little frustrating.

Benchmarks confirmed the lackluster performance. The device scored 171 in GeekBench 5’s single-core score, and 942 in its multi-core score.

It’s a little frustrating given the competition. The Moto G Power, for example, comes at $170, and offers much better performance.

The battery on the phone, thankfully, is a redeeming quality. The device comes with a relatively large 5,050mAh battery, and it will easily last you a full day of even relatively heavy use, and well into the next day. Even after a few hours of gaming, the device will likely have more than enough battery to get you through the day.

The main camera was generally able to deliver detailed shots in well-lit environments. Colors were a little muted at times, and the camera wasn’t all that consistent, but it does the trick. Details are a little more hit and miss when using the ultrawide camera, and they were downright sub-par with the macro camera. I hope manufacturers move away from these low-quality 2-megapixel macro cameras that have a fixed focus of 4cm.

In low light, the phone’s camera doesn’t really compete. There is a built-in Night Mode, but it’s not great. Again, it’ll work in a pinch, but I hope higher-end night modes start to bleed down to cheaper phones in the near future.

Video quality is also only fine here. The device can capture 1,080p video at 30 frames per second, but that’s about where it ends.

Generally speaking, you shouldn’t expect much from the Nokia G20’s camera, especially in more challenging scenarios.

The Nokia G20 comes with Android One, which means that it comes with a very clean interface without any tampering from Nokia. That’s great news — I much prefer stock Android to any other OEM-built version of Android. Being part of the Android One program also means that the device will get updates to Android 12 and Android 13, plus security updates through 2024. That’s pretty good.

Generally, I found that the software experience on the Nokia G20 was smooth and easy to use.

The Nokia G20 is a bit hit-and-miss. The device isn’t bad per se, but the lackluster performance definitely holds it back. That said, if you do really care about super long battery life and want updates for at least a few years, the Nokia G20 isn’t a bad option.

Should I buy the Nokia G20?

No. You should get the Motorola Moto G Power instead.