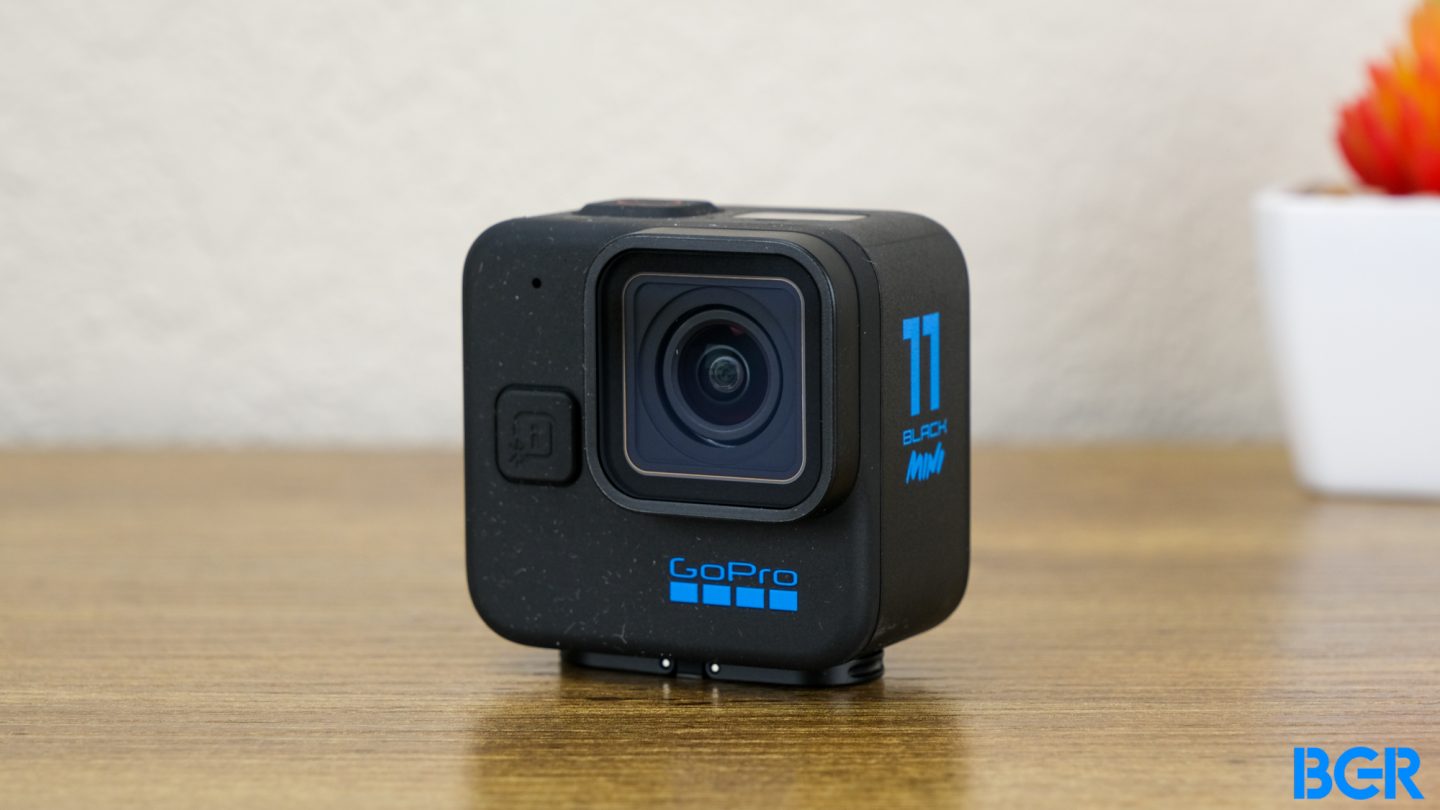 GoPro is essentially synonymous with action cams, and the latest GoPro Hero11 Black proved why. The camera boasts excellent image quality, easy-to-use software and features, and supports GoPro’s growing range of accessories. But it’s also a little pricey, and for some situations, too big. That’s exactly where the GoPro Hero11 Black Mini comes in — as a way to get Hero11 Black-like features in a smaller, cheaper body.

The GoPro Hero11 Black Mini is a great way to get Hero11 Black video quality in a more portable and cheaper form-factor. 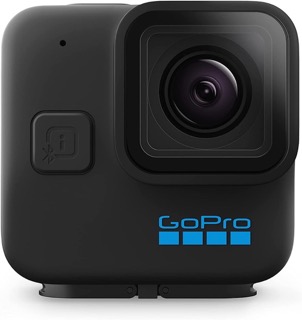 The design of the GoPro Hero11 Mini is one of the main things that sets it apart from the Hero11 Black, but it still looks like a GoPro. It has the same black plastic build with rubber plastic buttons, and the classic blue GoPro logo on the front, next to the status button.

The design, I find, is highly functional. On the back and the bottom, you’ll get GoPro’s mounts so that you can attach the camera to other GoPro accessories. And on the top is the power and record button, next to a small black-and-white display that shows you information like video resolution, battery life, and frame rate. It’s a great way to ensure you still know what kind of video you’re recording before you start shooting. On the front is a power/pairing button.

Because of the fact that the Hero11 Black Mini doesn’t have a viewfinder, the app is more useful than ever. Not only can you use it as a viewfinder, but you’ll also use it to play back content, and you can use it to change the settings of the camera — though most of those can also be changed from the camera itself.

I don’t love having to pull my phone out to view what I’m recording, but it’s understandable that the point of this camera is to act as a scaled-down version of the larger one. That said, DJI was able to build a small action camera with a display, in the form of the DJI Action 2 — and it worked quite well. Still, the Quik app is a great alternative.

The app also avoids having to pull the MicroSD card out of the camera all the time. You can have the camera and phone automatically connect, and the app can then upload your footage to the cloud, which is a handy feature. For cloud storage, you will need to sign up for a subscription, which costs $9.99 per year. That’s not bad, as far as pricing goes.

Generally, the Quik app works well and is easy to navigate. Most will be perfectly happy using it in conjunction with the GoPro Hero11 Black Mini.

Like the standard Hero11 Black, the Mini offers a number of new video features. The sensor now captures video at a taller 8:7 aspect ratio, which gives it more room for video stabilization. You’ll also get 10-bit color, meaning that the camera can capture more colors than previous-generation GoPros, and support HDR. Resolutions and frame rates max out at 5.3K at 60 frames per second, 4K at 120fps, or 2.7K at 240fps.

Overall, I found the GoPro Hero11 Black Mini to be able to capture excellent video that generally looked very smooth. Much of that has to do with GoPro’s new HyperSmooth 5.0 stabilization tech, and GoPro notes that, in particular, video captured at 4:3 should be much more stable, thanks to the extra room for stabilization by the 8:7 sensor.

Of course, the camera still won’t capture video as well as the best phones out there. The iPhone 14 Pro, I think, captures much better video, with better HDR. But it’s also an iPhone. If you’re buying an action camera specifically, the GoPro Hero11 Black Mini is among the best.

The GoPro Hero11 Black Mini is an excellent attempt at building a more portable action camera that still retains the most important features on offer by the larger GoPro Hero11 Black. I do wish there was a viewfinder of some kind, even if it was small, but it still works very well with the Quik app, and captures excellent video.

Should I buy the GoPro Hero11 Black Mini?

Yes, if you want the smallest action camera you can get.

The GoPro Hero11 Black Mini is a great way to get Hero11 Black video quality in a more portable and cheaper form-factor.