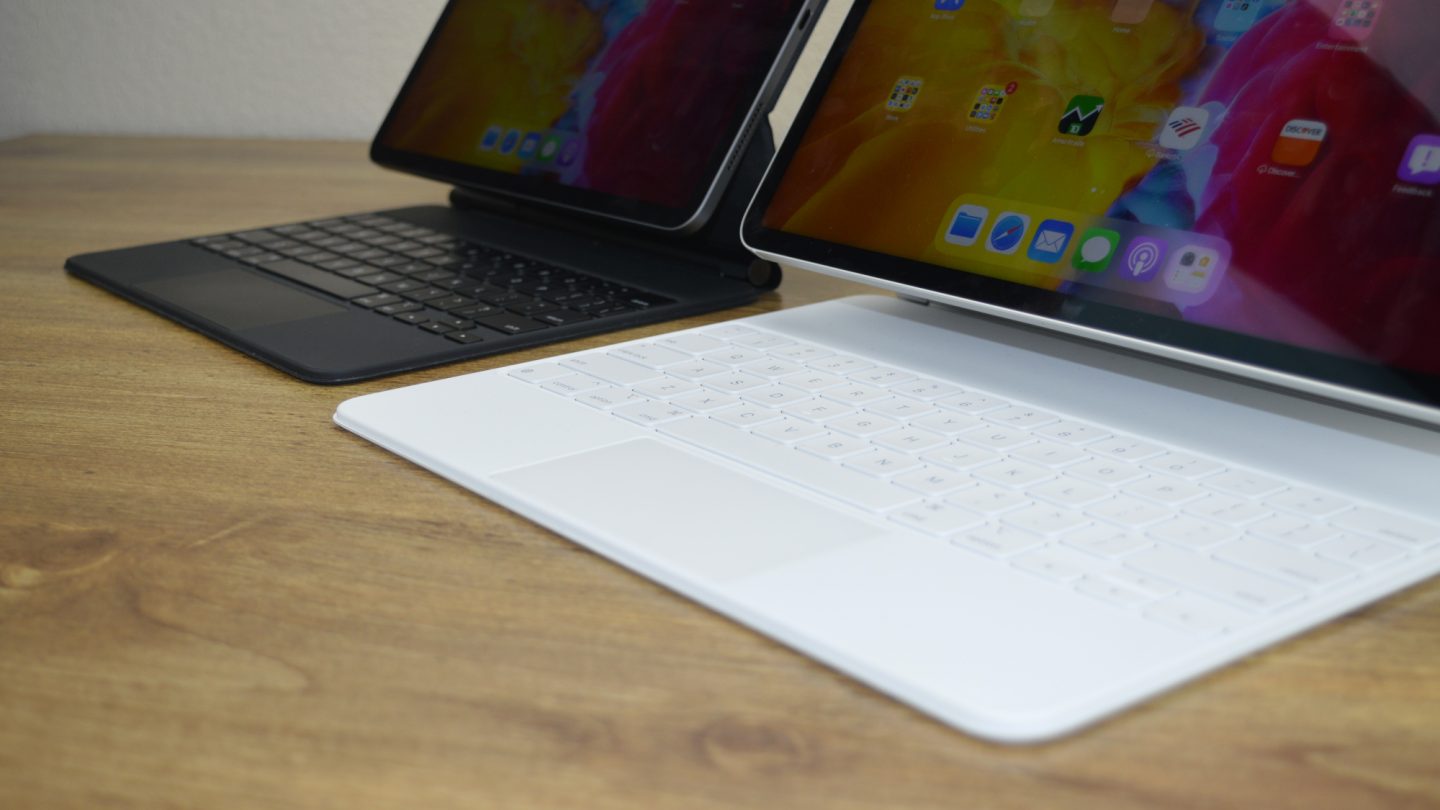 The iPad is well and truly becoming a laptop replacement — at least for most tasks. While you can’t yet use pro apps on the iPad, and iPadOS isn’t quite as productive as macOS, with the right accessories, and a bit of learning, you can get the iPad to work like a laptop. So what are the right accessories? Well, Apple’s own Magic Keyboard is a good start.

I know what you’re thinking — it’s easy to say that the iPad makes a good laptop replacement in theory, but actually using it on the day-to-day is a different experience. But I’m not just saying it. I’ve been using the iPad Pro, with a Magic Keyboard, as a laptop replacement since mid-2020. Sure, I also have a Mac Mini that I use for most of my work, but any time I’m away from my desk, the iPad Pro with a Magic Keyboard has been my go-to productivity machine.

So how does Apple’s extremely expensive Magic Keyboard hold up in 2021? Here are my thoughts. 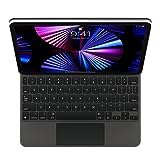 The Magic Keyboard is unlike any other keyboard case for the iPad. In a distinctly Apple move, the keyboard looks and feels unique in almost every way. The keyboard is built to allow you to quickly and easily place your iPad on it and start typing. Then, take it off when you’re ready to go back into tablet mode.

It all works very well, and as you would expect from Apple, it works through magnets. The iPad very easily aligns with the Magic Keyboard and attaches firmly in place. It never felt like the device would fall off of the keyboard. And, thanks to the floating design it’s very easy to grab the iPad from the bottom and take it off.

The genius of the Magic Keyboard’s design extends further than just…”magnets!” The iPad also attaches to the Magic Keyboard through the Smart Connector pins, and that means that power can be transferred from the case to the iPad. And, at the base of the iPad, on the left side, there’s a USB-C port that makes it incredibly easy to charge your iPad without taking up the iPad’s own port. The only downside is that the keyboard’s port can’t be used for data transfer — just power transfer. An extra port for other accessories would have been nice.

The power transfer goes the other way too. That means that you don’t have to charge the Magic Keyboard to keep it powered up. Instead, it draws power for the backlit keys from the iPad itself. It’s pretty ingenious.

Actually using the Magic Keyboard is a dream, especially compared to other iPad accessories. We’re reviewing both the smaller and larger size Magic Keyboards, and while the smaller size is certainly a bit more cramped than the larger one, it still feels great.

The keys, for starters, offer plenty of travel and a nice, tactile feel. Apple seems to have learned a lot about keyboards in the past few years — gone are the days when Apple aimed to build keyboards as thin as possible. These days, the company has returned to thicker keys that type well. Frankly, the actual keys on the Magic Keyboard don’t feel all that different than those on a MacBook.

Other things about the Magic Keyboard play into how easy it is to use in day-to-day life. The USB-C port for charging really does help, as does the angled design that makes it easier to grab and use the iPad as an iPad. That angled design helps in other ways too. It’s adjustable for different viewing angles, and while it does have limited angles, I found that it worked fine in most situations.

One thing that the Magic Keyboard is missing is a row of function keys. Now, I have to cut Apple some slack here, especially on the smaller model — adding function keys might make the experience much more cramped. But it would allow users to easily control volume and media, and even software, without having to reach up to touch the iPad’s display.

It’s also important to note that the Magic Keyboard is quite heavy. The smaller model, which supports the 11-inch iPad Pro and the 10.9-inch iPad Air, comes in at 1.3 pounds. With the actual iPad you’ll get a combined weight of 2.34 pounds. Go for the larger 12.9-inch model instead, and you have a combined weight of 3.11 pounds, which is heavier than a MacBook Air. It doesn’t really feel heavy, thanks to its size. But in a backpack, you might not notice a difference.

The Magic Keyboard is easily the best keyboard accessory for the iPad Air and iPad Pro, at least if you’re looking for a laptop-like experience. It’s not cheap though. The smaller model costs a massive $300, while the larger device is extra, at $350. If you have cash to spare, you’ll love the experience of using the Magic Keyboard. But it’s only really worth it if you’re looking to get as much productivity out of your iPad as possible.

Not everyone needs or cares about the features on offer by the Magic Keyboard. Some of the competition comes from Apple itself, with the Smart Keyboard Folio. This is a great option for those who don’t need a trackpad or who plan on using a separate mouse. It comes at $

There are some great third-party options too, chief among those being the Brydge Pro. The Brydge Pro essentially gives your iPad a MacBook-like design. The Brydge Pro still has a trackpad, and has a row of function keys at the top. The keys and trackpad aren’t quite as top-tier, but they still feel great. It comes at $150 for the 11-inch iPad Pro model, or $170 for the 12.9-inch model.

Should you buy the Magic Keyboard?

Yes, but only if you want or need the best typing and trackpad experience out there, and are willing to pay for it. 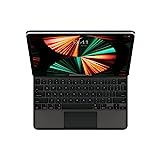