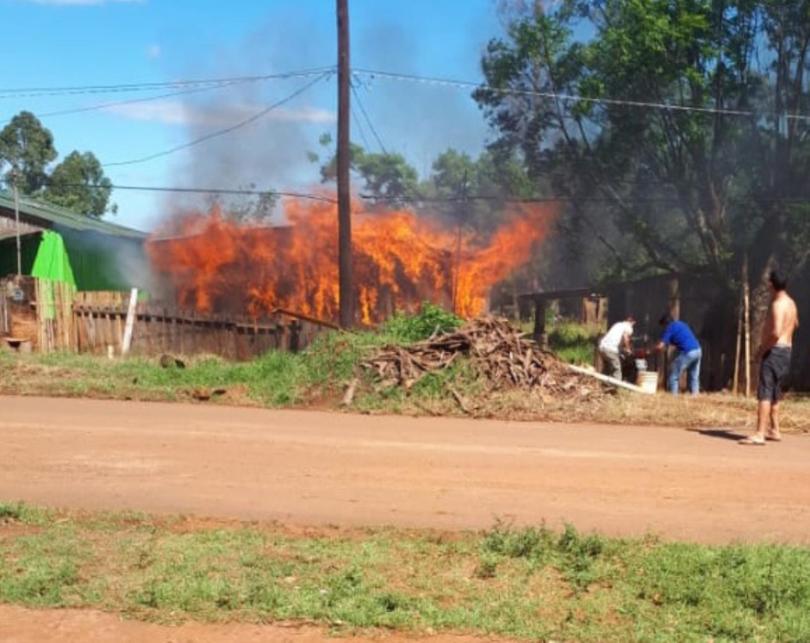 If you really want to find a reason to despise someone there are two topics you can bring up: politics or sports. The latter, perhaps even more than the former, tends to bring out the ugliest side of people, but rarely do things escalate to the point of arson. That appears to be exactly what happened in Argentina, where a manhunt is underway for a guy who burned his brother-in-law’s house to the ground because he was a fan of an opposing soccer team.

As Deadspin reports, the beef began when the two men, Oscar and Arturo, were visiting the home of a third man. A discussion over sports broke out and, when things got particularly heated, Oscar left in a rage. He then went to Arturo’s house, where he had been staying for some time, took his belongings and left. But not before setting fire to the place.

The fire eventually spread to the entire home, burning it to the ground and destroying almost everything Arturo owned in the process. Neighbors reportedly saw Oscar fleeing the home just prior to the fire spreading. It doesn’t take a genius to figure out who was probably responsible.

Apparently Oscar has managed to evade capture since committing the act, and as of Monday police were still trying to hunt him down. Being that the two men are (were?) close friends, as well as brothers-in-law, it would seem likely that Oscar will inevitably have to answer for his alleged crime. All we know for certain is the next family gathering is going to be very, very awkward.

Arguing over sports is silly on the surface, but even the most level-headed people can find themselves in a frustrating back-and-forth when their home team gets called out. Whatever you do, it’s probably not wise to resort to arson in order to get your point across.