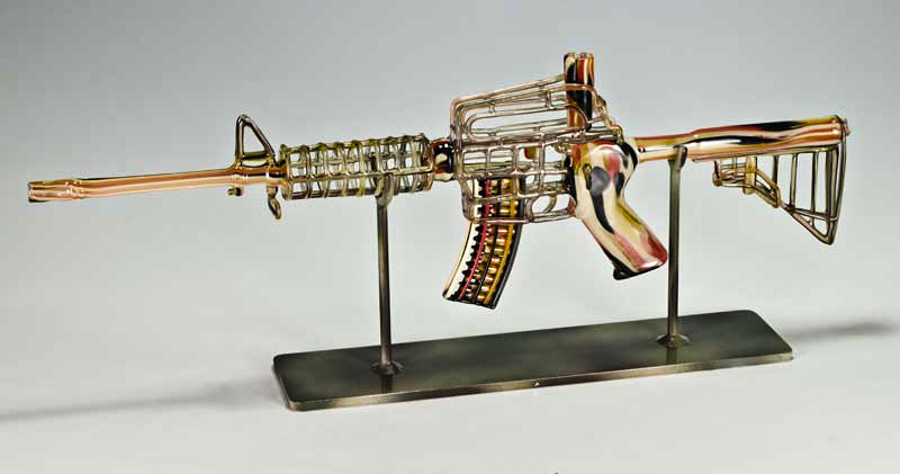 A gun scare prompted San Diego police to close downtown streets yesterday after reports of a man waving an assault rifle out of a hotel window began flooding emergency lines. Acting out of an abundance of caution, police promptly locked down the area while they investigated the reports, with a police helicopter providing aerial support.

When officers searched the third floor of the Palms Hotel they found something they didn’t expect. The man and woman who were staying in the room where the rifle was spotted were actually just smoking marijuana out of a gun-shaped bong. Oops.

According to the San Diego Union-Tribune, witnesses who spotted the man claimed he was waving a weapon out of the hotel window. That weapon was actually a glass bong that was designed to look like a rifle, though it would have been difficult to tell that based on the distance from the third floor window to the street below.

The case of mistaken bong identity, while humorous, could actually land the suspects in a heap of trouble, Local police said they may file charges related to “exhibiting a replica firearm in a threatening manner,” according to the Union-Tribune. The woman who was also found in the room was released without any charges.

Bongs come in many shapes and sizes, but it doesn’t take a genius to realize that something that looks even vaguely like a weapon probably shouldn’t be swung around in public. It’s unclear if the man with the bong was trying to scare people or was just being an idiot and doing bong rips out of his hotel window, but we’ll have to assume he’s learned his lesson either way.