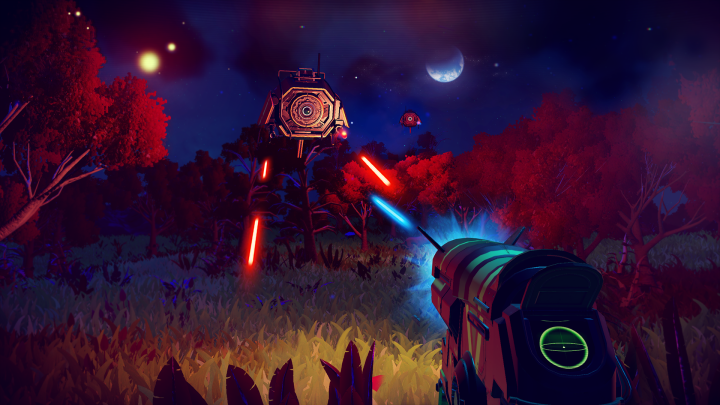 After news began to spread that the release date for No Man’s Sky had been pushed back from June 21st to August 9th, Hello Games managing director Sean Murray says he received “loads of death threats” from angry fans.

DON’T MISS: Here’s the exciting trailer for next week’s ‘Game of Thrones’

This is the tweet Murray posted on Saturday regarding the threats:

I have received loads of death threats this week, but don't worry, Hello Games now looks like the house from Home Alone #pillowfort

Rumors of a significant delay for the highly anticipated space combat/planet exploration game were originally reported by Kotaku last Wednesday, at which point the internet promptly went into a frenzy.

Many doubted the veracity of the report, but just two days later, the game’s official page on PlayStation’s site changed to reflect the new date and Sean Murray himself published a blog post explaining why the game had been delayed:

“The game really has come together, and it’s such an incredible relief. As we sit an play it now, and as I watch playtesters every day, I can finally let myself get excited. We’re actually doing this.

However, as we approached our final deadlines, we realized that some key moments needed extra polish to bring them up to our standards. I have had to make the tough choice to delay the game for a few weeks to allow us to deliver something special.”

Not an unreasonable explanation and not entirely unexpected, especially considering the overwhelming expectations that Sony and the gaming community at large have for this game. Nevertheless, it appears that a small subset of that community is incapable of expressing its disappointment in an appropriate manner.

A depressing chapter in the long saga of the development of No Man’s Sky.