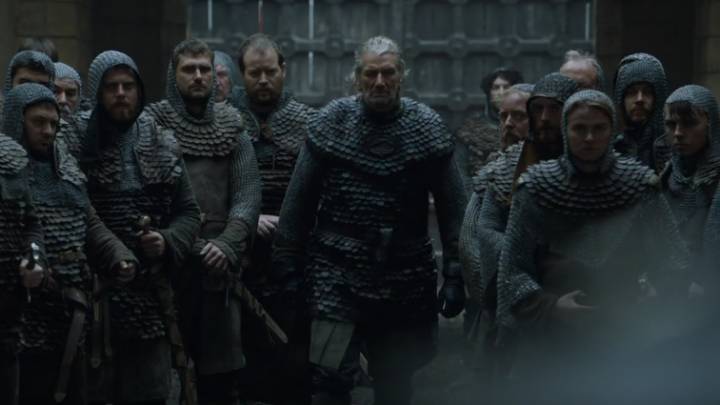 Hodor is gone, but we hardly have any time to mourn losses on Game of Thrones. The show is moving at a very fast pace, as there are plenty of converging subplots to follow — that’s why not all our favorite characters get screen time in every episode. There’s simply no room to expand on all the story lines in just under 60 minutes, but the closer we get to the end of the sixth season, the more action we’re bound to see.

Without spoiling last night’s episode for you, we can tell you that war is looming in the Seven Kingdoms. At least that’s what the fresh trailer of episode seven, due to air on June 5th, suggests. But spoilers are coming below, so avoid the new trailer if you haven’t seen episode six yet.

For starters, Jon Snow and his sister Sansa have an army, or at least part of one. The wildlings seem to be ready to fight for the Starks and help them take back Winterfell from Ramsay.

Meanwhile, Jaime Lannister is going to The Riverlands to take on Blackfish, but Jaime can’t be too happy about what’s been happening at King’s Landing. Thankfully, Bronn is back to help Jaime with whatever he’s set out to do, and we’re thrilled to see him return.

Ser Davos brilliantly says that “the real war is between the living and the dead, and make no mistake, the dead are coming,” suggesting that all these conflicts might pale in comparison to what’s coming.

The full trailer for episode seven, titled The Broken Man, follows below.