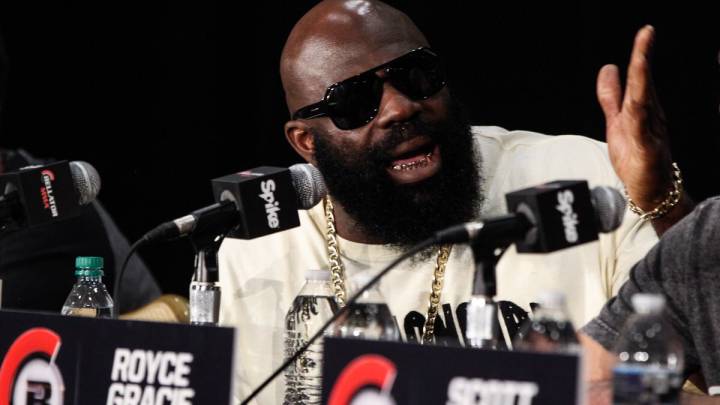 Shortly after being hospitalized in Florida on Monday for undisclosed reasons, mixed martial artist Kimbo Slice passed away at the age of 42. Speaking with ESPN, Coral Springs police confirmed that no foul play was suspected.

The CEO of Bellator MMA, a mixed martial arts promotion company under which Slice had a contract, said the following when approached about Slice’s death by TMZ:

One of the most popular MMA fighters ever, Kimbo was a charismatic, larger-than-life personality that transcended the sport.

Outside of the cage he was a friendly, gentle giant and a devoted family man. HIs loss leaves us all with extremely heavy hearts, and our thoughts and prayers are with the entire Ferguson family and all of Kimbo’s friends, fans and teammates.

Kimbo Slice (born Kevin Ferguson) first began to draw attention in the early 2000s with his viral backyard fighting videos. He quickly became an internet sensation, taking part in dozens of unsanctioned fights surrounded by suspicious characters and filmed in various locations most commonly in Florida. Slice later became a professional boxer and made his MMA debut in 2007 and continued to fight up through this past February, when he defeated Dada 5000.

The popular fighter’s videos have amassed millions upon millions of views throughout the years. His professional MMA record was 5-2-1, while Slice was  7-0 with six knockouts as a pro boxer.

Slice also did some acting, perhaps most notably as Zulu Kondo in The Scorpion King 3: Battle for Redemption. We’ll be sure to update this story as new details are released in the coming days and weeks.