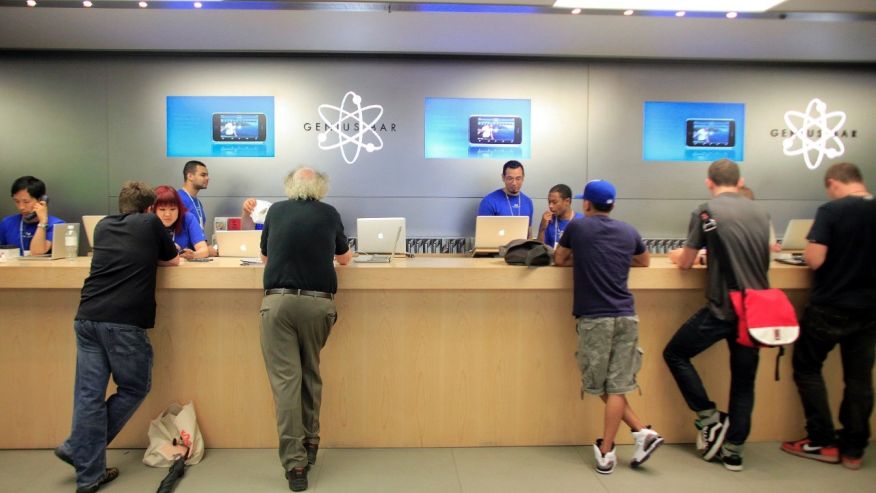 Questions are being asked of Apple’s hiring practices after a highly respected former engineer at the tech giant was turned down for a job at Apple’s Genius Bar.

In a Sept. 3 Opinion piece in the New York Times, writer Ashton Applewhite tells the story of adventures in aging while seeking employment.

Applewhite’s tech support contact, JK Scheinberg, is a former Apple engineer. His tenure at the company includes spearheading the transfer of Mac to Intel processors. A 21-year veteran in the biz, he retired in 2008, and at age 54, while feeling “a little restless,” he applied to work at an Apple Genius Bar, noting that he was about twice as old as everyone else in the interview.

“On the way out, all three of the interviewers singled me out and said, ‘We’ll be in touch,’ ” he said. “I never heard back.”

Although the dead air points to an embarrassing oversight on the hiring manager’s behalf, Scheinberg’s dilemma narrates a much deeper problem affecting tech companies, according to Chris Matyszczyk of Cnet.

“Just as in the Valley it’s hard to escape the impression that it’s a young person’s — and, too often, young man’s — business, so Apple stores also give the impression of the brains appearing to be young and therefore vibrant,” wrote Matyszczyk.

According to Applewhite, it is currently estimated that nearly 20 percent of Americans ages 65 and up are still working, whether it’s for pleasure or out of necessity is up for debate, but it is also estimated that over 1.5 million Americans ages 50 plus would like to work and can’t find anything.

In the case of Scheinberg, Matyszczyk had another axe to grind. “How sad — if unsurprising — it would be if age was the only reason Scheinberg wasn’t hired. How sad, too, that he says he never even heard from Apple again. I wonder if they even knew who he was,” he wrote.

Apple did not respond to an email by FoxNews.com seeking comment on the matter.