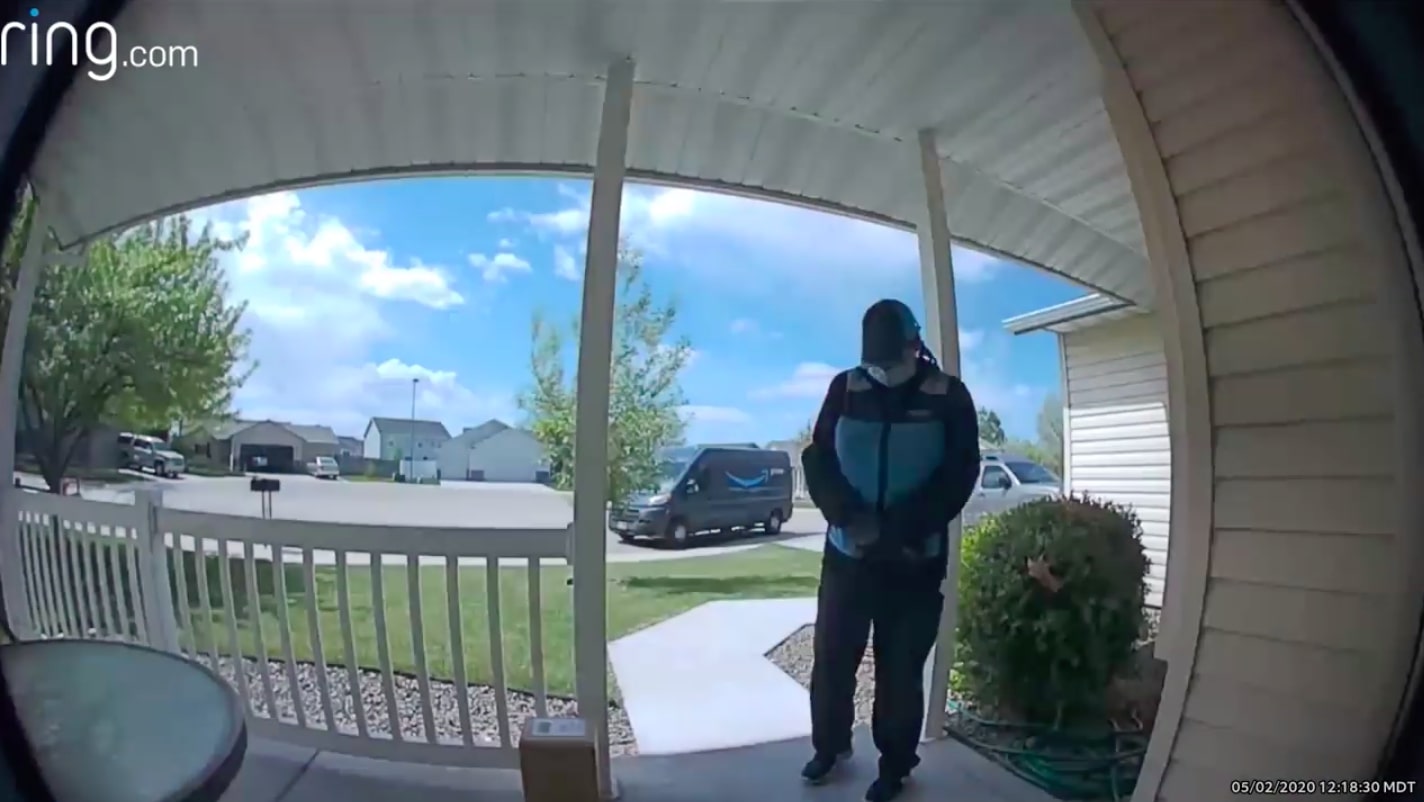 Not only has good news been pretty hard to come by during the coronavirus pandemic that’s upended daily life in America like no other catastrophe in at least a generation — the bad news is continuing to mount at a nonstop, merciless pace. As of the time of this writing, on Wednesday afternoon, the US was a couple hundred deaths away from hitting 100,000 lives lost since the onset of the pandemic, with the virus having infected almost 1.7 million Americans and thrown tens of millions out of work. Just this week, trend lines have also shown the virus getting worse in 24 states, and the World Health Organization is warning about the possibility of a second peak in cases.

All that said, we could definitely use more people like Amazon delivery driver Monica Salinas in the world right about now. Her story has been going viral, and all it took was the simple act of dropping off a package on a family’s porch and saying a prayer for them.

The family’s security camera captured the surprising action from Salinas, the moment she started praying for the family. To be sure, though, it wasn’t a spontaneous reaction. You can’t actually see it in the video below, but there’s a sign the family posted outside their door that obviously caught Salinas’ eye: 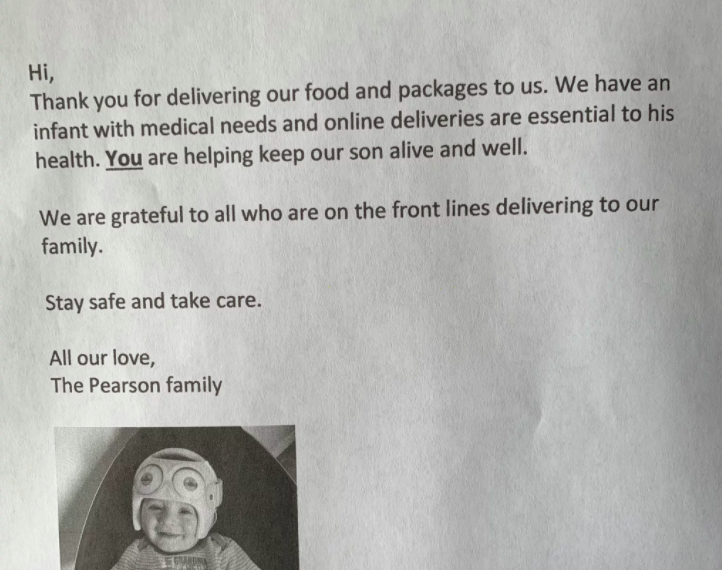 “I was deeply touched when I saw Monica praying,” Raquel Pearson told the online news outlet PopSugar, in response to the driver’s prayer for her son. “We have often felt lonely because it’s rare to find other people with his condition and symptoms. We both teared up watching how a complete stranger took time out of her busy schedule to pray for our son’s well-being. It was some much-needed positivity during everything going on in the world.”

Here’s the moment, captured in full:

The whole episode lasts only a few seconds, but if you’ve been feeling like you’re drowning in awful coronavirus-related news lately, it’s worth it to take a moment and appreciate the kindness that led a driver who’s got a stressful, physically demanding job to stop and do this.

In a caption for this video Pearson wrote on Facebook, she shared a similar thought. “There’s a lot going on in the world right now but we believe in the goodness of humanity. This is the moment we captured Monica praying for our sweet boy. This video is a good reminder that although it may feel lonely, we are all in this together and we are never alone.”