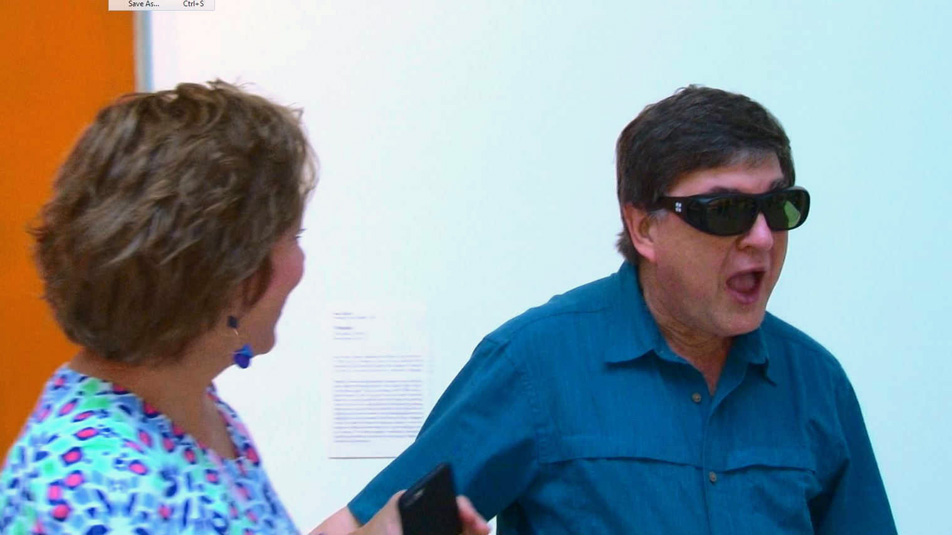 An artist himself, Toledo, OH native Roger Grieve has undoubtedly appreciated thousands of works of art over the years. But this past Sunday, Grieve walked into the Toledo Museum of Art and saw the masterpieces within for the first time as they were intended to be seen.

Despite his love of art and his passion for creating it, Grieve was born color blind and has never even been able to see the fruits of his own labor as the rest of the world sees them. But revolutionary new glasses created by Oakland, CA-based EnChroma and provided to Grieve by the Toledo Museum of Art allowed the man to see the various works of art on display in full, vivid color.

“For years, I thought peanut butter was green. It still looks green, but I know otherwise,” Grieve told local TV station WTOL. “I tend to stop at all blinking traffic lights at night because of red/yellow confusion. Also, when my wife recently picked out new towels for one of our bathrooms, I complimented her on the brown color choice, but the towels were gray.”

The photo above shows us how a color blind person might see the world. The right portion of the image displays the landscape as most people would see it, with clear separation between the green, red, orange and yellow tones. On the left side, you can see the photo as a color blind person might see it, with red and orange leaves that appear to be different shades of yellow.

Red-green color blindness is surprisingly common, affecting 1 in 12 men and 1 in 200 women.

“My sons and I are all excited about it,” Grieve said before heading into the museum to try the glasses with his sons, who are also color blind. “We don’t know what to expect really because we’ve never seen these colors before like this, so it’s sort of hard to anticipate what it’s going to be. We’re just looking forward to the experience.”

A video showing Grieve’s reaction to seeing works of art in full color for the first time is embedded below.

(Watch the video here if the embed isn’t working.)

EnChroma sells its glasses for the color blind directly to consumers starting at $269 on the company’s website.