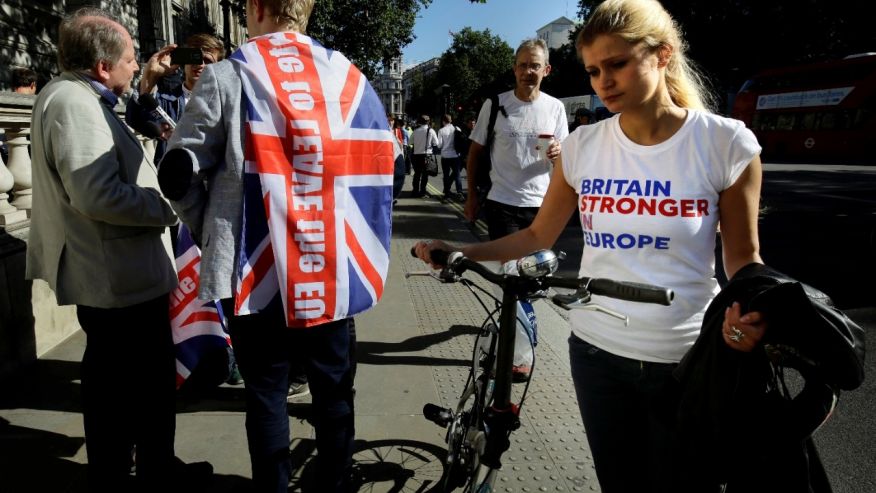 Google saw a 100 percent surge in U.K. searches for “getting an Irish passport” after Britain voted to leave the European Union.

The searches, which were mostly from Northern Ireland, spiked as news broke of the surprise result in Thursday’s referendum on E.U. membership. The Republic of Ireland is a member of the European Union.

+100% spike in UK searches for "getting an Irish passport" after #Brexit votehttps://t.co/qyssi0v91x pic.twitter.com/aUdHplLMaS

Experts had been closely monitoring Google search data in the run-up to Thursday’s fiercely-contested ballot, which saw the Leave campaign clinch 52 percent of votes.

Google also noted that search interest in the British pound reached its highest level globally since 2004 as a result of the referendum. The U.K.’s decision to leave the E.U has sent shockwaves through financial markets with the pound slumping to its lowest in more than three decades Friday.

#EUref: highest ever search interest in the British #pound pic.twitter.com/nMj4Mns2ak

Before midnight Thursday the search giant also noted a more than 500 percent spike in searches for “buy gold” in the prior four hours.

+500% spike in searches for "buy gold" in the past four hourshttps://t.co/pmMsRUcAwK

Twitter usage in the U.K. was double its normal levels during the Prime Minister’s resignation – it was also the peak during the E.U. referendum. The Leave campaign was the most talked about during the referendum, consistently generating about 55 to 70 percent of all conversation. However, on Thursday’s polling day it was Remain led the conversation for the first time in the 6-week election campaign.

Data compiled by Twitter show that the economy was the most talked-about topic during the election, well ahead of Foreign Relations, immigration and security.