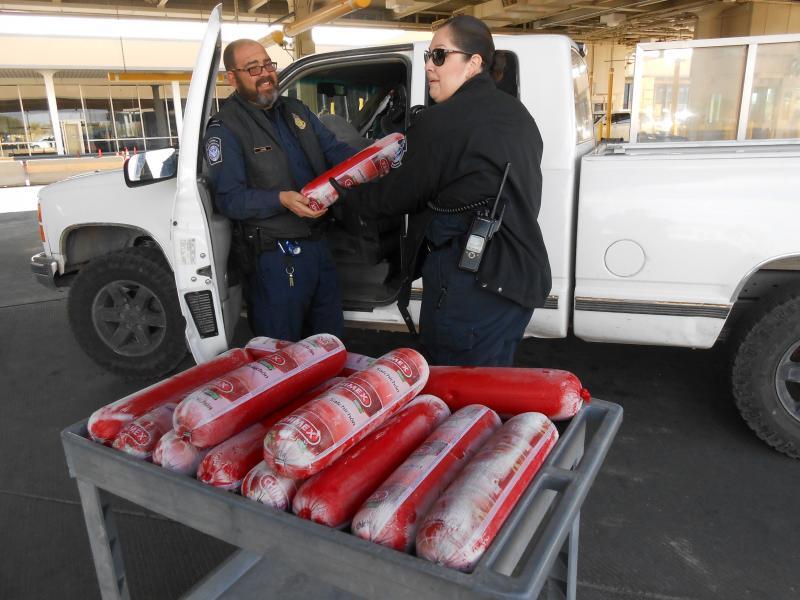 Image: US Customs and Border Protection

Law enforcement agents who spend their days managing the flow of vehicles between the United States and Mexico must remain on the lookout for all kinds of illegal goods. There are drugs, of course, and drug busts tend to steal headlines, but smugglers and their cargo come in all types.

According to a press release, a vehicle attempting to cross the border in El Paso was busted by U.S. Customs and Border Protection agents for hauling meat. Not just any meat, mind you, this was particularly dangerous meat. I’m talking of course about bologna.

According to the report, the man claimed that the cargo in his pickup truck was frozen turkey ham rolls. That, apparently, would have been fine to bring into the United States, but agents took a closer look and discovered that the meat wasn’t turkey at all, but pork bologna, and a whole lot of it.

The seizure was made shortly after 9 a.m. at the Bridge of the Americas international crossing after a Chevrolet pickup with a Texas license plate entered the port from Mexico. A CBP officer performing a primary inspection spotted red rolls behind the rear seat of the truck.  The officer asked the driver what he was bringing from Mexico and the driver advised he had frozen rolls of turkey ham.

Agents took possession of 154 pounds of bologna, which is illegal to import into the United States because of concerns over diseases present in some foreign pork products. The illegal Mexican bologna was stopped before it reached a distribution point and agents destroyed it. It’s unclear how law enforcement goes about destroying 154 pounds of meat, but suffice it to say the product no longer exists.

The man will apparently not face any serious consequences, as the agency notes in a press release that he was released after the pork was confiscated.