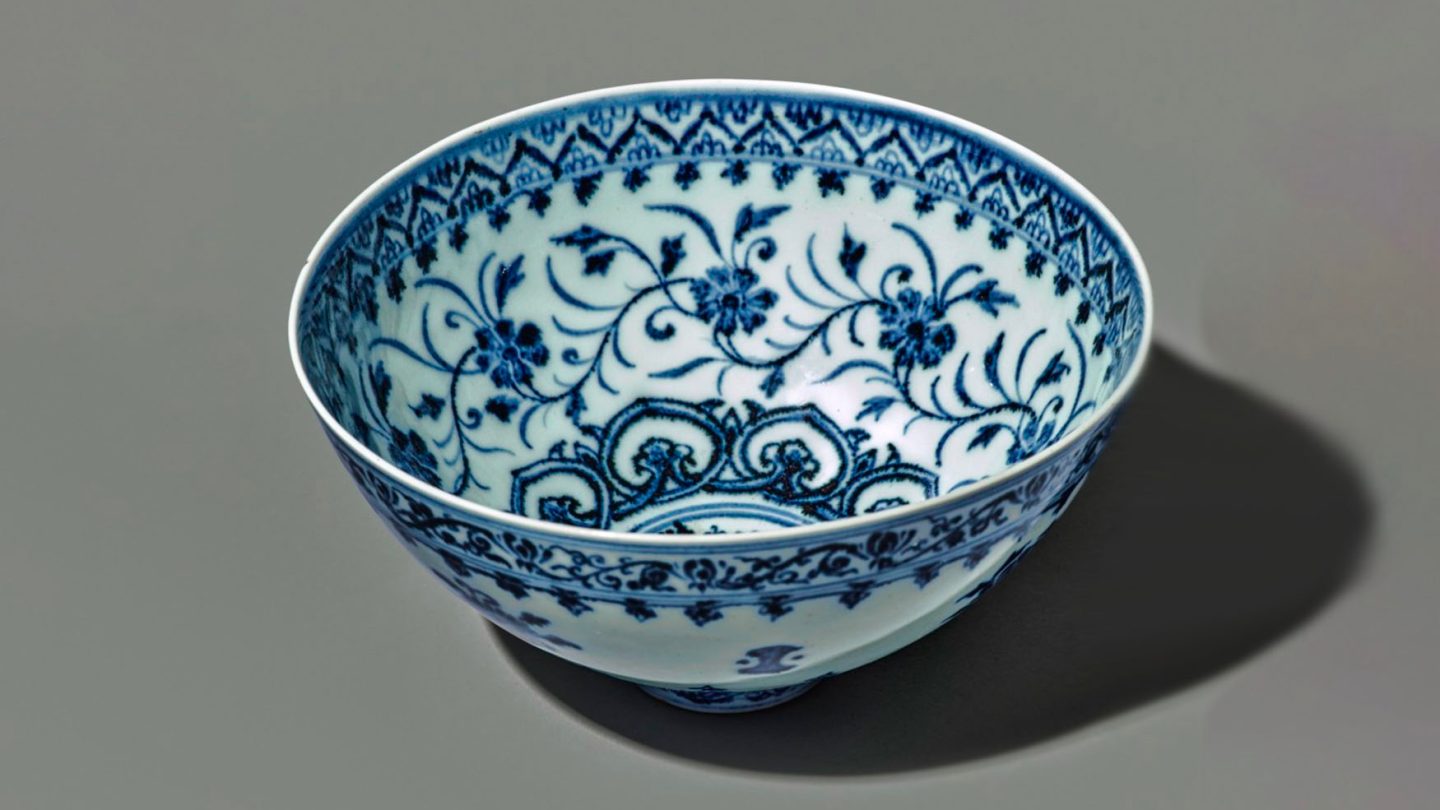 Programs like Antiques Roadshow have let us all dream of discovering a priceless artifact sitting on the shelves of a thrift store or at the bottom of a cardboard box at a yard sale, but very few of us ever get to realize those dreams. For one antique hunter in Connecticut, browsing other people’s old, unwanted items paid off in a huge way when they came across a porcelain bowl with a price tag of $35. Thinking the bowl might be worth much more, the purchase was made, and it turned out to be a historic one.

As AP reports, that same bowl just fetched a winning bid of over $721,000 in a Sotheby’s auction, over 20,600 times its purchase price. The bowl turned out to be from the 1400s and was made in China during the Yongle period of the Ming dynasty. It’s one of only a handful of bowls known to still exist from that period, and it’s in absolutely incredible condition.

The seller of the bowl, who has chosen not to be named, reportedly purchased the bowl from a garden variety yard sale in Connecticut. It remains unclear how the family selling the bowl came to be in possession of it, if it was passed down over generations, or if the yard sale sellers had absolutely any idea what they had on their hands.

Regardless of that, an antique lover purchased it and sent photos to Sotheby’s in the hopes of getting an evaluation. The auction firm’s Chinese Works of Art Department took a look at the photos and, after setting up an in-person evaluation of the bowl, determined that it was a genuine 15th-century artifact.

The bowl has a floral design with patterns that include several flowers including the lotus and pomegranate. It’s a classic design, but the age of the bowl makes it incredibly rare, and there are only six other bowls of similar age and style known to exist. Five of those bowls are held by museums in London, Tehran, and Taipei, and none of them are in the United States.

Sotheby’s offers the following description of the bowl’s condition:

In overall very good condition, except for a minute shallow 0.3 cm chip to the outer rim and minor characteristic warping to rim. Some expected light wear and minor firing imperfections, including a few faint glaze lines encircling the base, all consistent with age and type.

A single small chip less than half a centimeter in size is the only notable damage to the bowl. That’s pretty remarkable when you consider that it’s a piece of ancient porcelain that has traveled to the opposite side of the planet from where it was made and has been passed around for between 500 and 600 years.

The buyer of the bowl has not been named, though it’s still possible that a collector or museum will come forward as the buyer and build up some hype for visitors to come to see it in person.