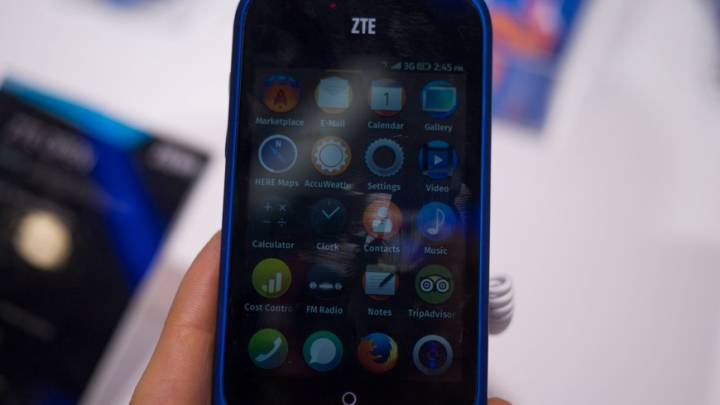 The new ZTE (0763) Open is perhaps more significant for what it’s not than what it is. The handset does not run Android, iOS, Windows Phone, BlackBerry 10 or Tizen. In a world dominated by just a few established major players, the introduction of Firefox’s new mobile OS, alongside handsets such as the Open, is pretty big news. Banking on the untapped demand in emerging markets yet to see the explosion of smartphone growth that has swept the rest of the planet, Firefox and ZTE are hoping to make headway with their own unique offering.

Firefox is an html5-based operating system, which is to say that the software is essentially a web browser. All apps are web-based, and as such are accessible from any html5-equipped browser. Firefox OS is entirely open source and Mozilla is offering the software completely free to its OEM partners. The software is still in beta phase with no official release scheduled for a few months, but we did have the chance to put the ZTE Open through its paces.

The device has a 3.5-inch HVGA screen with a diminutive 320 x 480-pixel resolution. A single core processor that will be clocked between 600MHz and 800MHz, 256MB of RAM, a 3.2-megapixel camera and Bluetooth round out the anemic feature set, though handset’s unsubsidized retail price of under $100 makes up for it. The phone feels sturdy in the hand and though adjectives such as “premium” and “luxury” certainly won’t cross your mind, it’s not the cheapest feeling handset we’ve ever encountered. The screen looks pretty bad, but that’s more or less to be expected.

Navigating the OS, the first word that comes to mind is “sluggish.” Sure it’s pre-release software, but we had to wait a few beats after almost every touch input, and delays when swiping from side to side were painful. Even the top-level apps like phone, messaging and contact applications moved at a snail’s pace. And lag issues aside, the app selection is sorely lacking. Save for the usual suspects like Twitter and YouTube, there wasn’t much to speak of.

To be fair, the phone is targeted squarely at a population that might be encountering an enhanced handset experience for the first time, either as an upgrade from a feature phone or as their first mobile handset. However, with competitors like Nokia’s Asha 305 coming to market for under $80, Firefox and ZTE can’t really afford to bring such a lackluster experience to users without risking failure.